With Trump as President, nothing will stop Putin from pursuing his imperial goals. 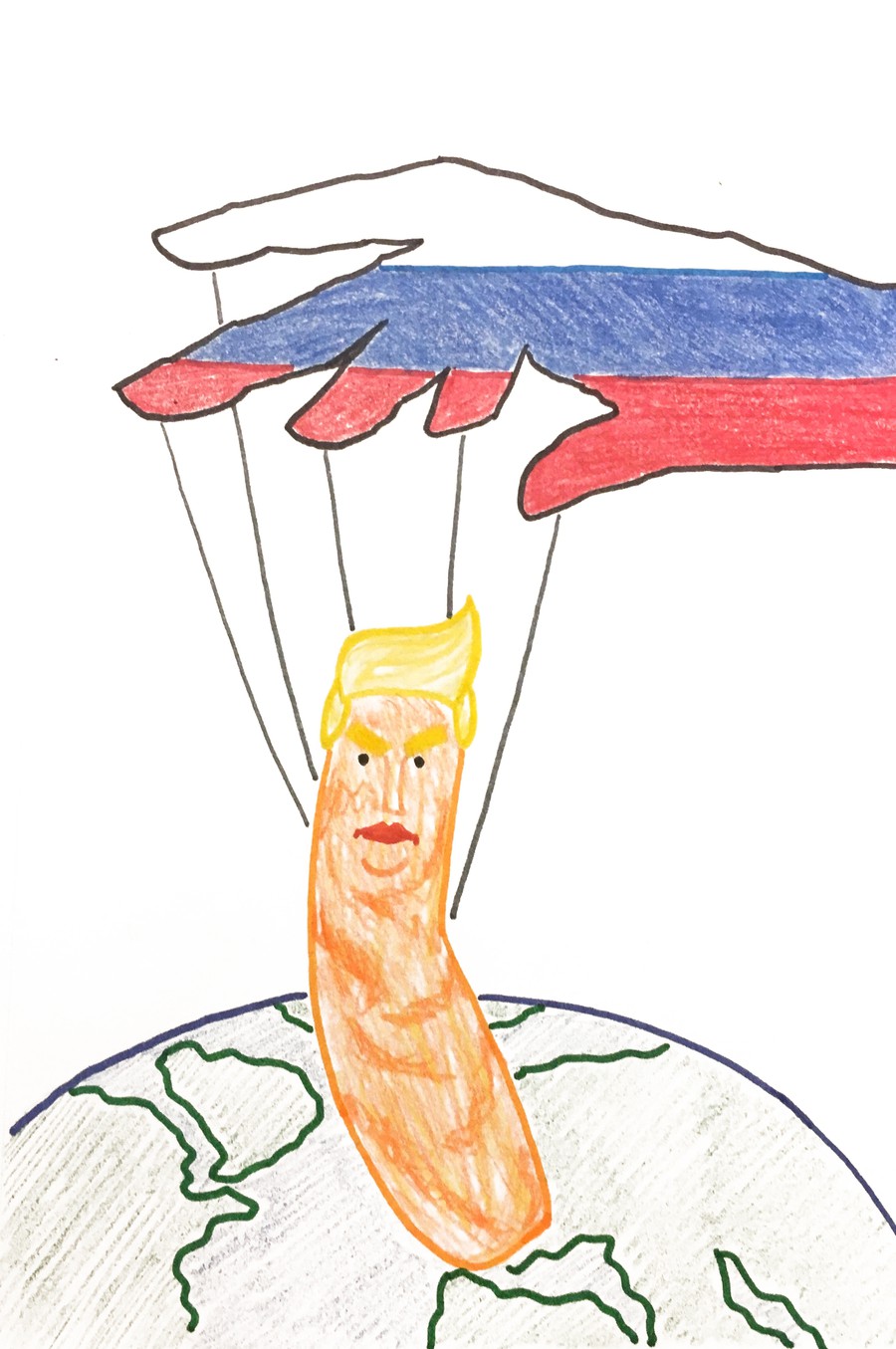 I can’t help but vaguely remember a corny joke from a mid-2000s Disney Channel sitcom (maybe That’s So Raven), in which the spunky teenage heroine and a high school rival—a blonde Plastic type—bicker over a geography test answer. The protagonist reminds her nemesis that there was no “Soviet Reunion.” A laugh track erupts: everyone knows that the Soviet Union dissolved in 1991! A Soviet Reunion? Absurd! Fast-forward a little over a decade, and now Americans are captive viewers to a grotesque sitcom that not even the prescient Raven could have foreseen. After a lengthy election cycle that devolved into a bizarre comedy of errors, the president-elect is an openly racist and misogynistic human Cheeto with a reality TV pedigree and the combined vocabulary and attention span of a second-grader. And, while an unchecked President-elect Trump with the nuclear football is dangerous on his own, he is, more horrifyingly, a pawn in Vladimir Putin’s attempt to undermine global democracy and forcefully achieve an actual Soviet Reunion.

Russia’s reported hacking of the DNC servers this election cycle was far from Putin’s first anti-democratic project. Putin—a stern, shrewd, ex–KGB agent—developed his own eponymous -ism, a brand of strongman governance whose proponents aim to dismantle the European Union (and, in turn, NATO) from the inside. Geopolitical influence and control of energy markets are Putin’s primary targets. Helping him realize these goals are Putinism’s most outspoken advocates, or his “little helpers”:  Hungary’s Viktor Orbán and Turkey’s Recep Tayyip Erdogan, both of whom have silenced journalists through draconian means and have asserted increasingly authoritarian control of their countries. Unsurprisingly, both strongmen endorsed Trump, a fellow right-wing populist, in the 2016 presidential election. Joining them could be France’s Marine Le Pen, who shares Trump’s and Orbán’s fiery style and xenophobic rhetoric. With the interconnected Syrian conflict—itself a proxy war—and the massive influx of largely Muslim immigrants and refugees into Europe, the EU faces a challenge of identity, one that Putin seeks to exploit by supporting Orbán and Le Pen and even Brexit spokesman Nigel Farage, all of whom are outspoken Euroskeptics and xenophobes. By promoting and supporting Euroskepticism throughout the continent, Putin is able to distract the sanction-slapping EU from realizing his imperial fantasies.

With Trump’s digital appeasement and the EU’s existential crisis, Putin has been increasingly able to pursue his own agenda without any strong, unified resistance. His actions in the U.S. are hardly unprecedented: In 2014, Euroskepticism divided a post-Yanukovych Ukraine, at which point Putin illegally seized Crimea. Putin’s military misadventures date further back. In 2008, for example, the Russian army quashed Georgian forces to support the pro-Russian, breakaway republics of Abkhazia and South Ossetia. Since the Crimean episode, Putin has provoked Sweden and the former Soviet republic of Estonia—both of which are NATO members—with military exercises near the former’s maritime and the latter’s airspace borders. With Trump openly criticizing NATO during his campaign and cozying up to Putin on Twitter in its aftermath, tiny Estonia appears once again vulnerable to Russian invasion, this time without any backlash from the U.S. and its Putin-emboldening president-elect.

Putin’s actions are not just limited to military force. Recently, Putin has found himself wrangling with China over the resource-rich former Soviet republics in Central Asia; hegemony over them would mark a true Soviet Reunion and throwback to the pre-Communist regime’s vast imperial borders. Putin and his advisors, in their rivalries with NATO and the EU, have produced a modern brand of Slavophilism, a late-19th-century Russian ideology advocating for a uniquely Russian—not European—empire.

So, as Donald Trump and his supporters might wonder, why does it matter? Why should taxpayer money continue to prop up NATO to defend European countries? Put simply, any victory for Putin or his cronies is a sound defeat of democracy, whether in Estonia or in the states. A “Soviet Reunion” under Putin could revive the geopolitical might of the Cold War–era Soviet empire. Thanks to a meddling combination of Russian hackers, Julian Assange, and James Comey—the latter of whom the Clintons accused of costing Hillary the election—Russia no longer needs to fear its longtime postwar rival. The GOP removed from its policy platform the section denouncing Putin’s seizure of Crimea following Trump’s victory. We cannot pretend that the comparatively democratic United States—a country which, in a grand irony, interfered in elections to prop up autocrats around the world throughout the Cold War—is immune to Putinism. Putin’s latest little helper, an orange-skinned pathological liar, tells a rare, chilling truth when he tweets “V. Putin is a smart man.”

Felipe Bomeny is a second-year in the College majoring in history.