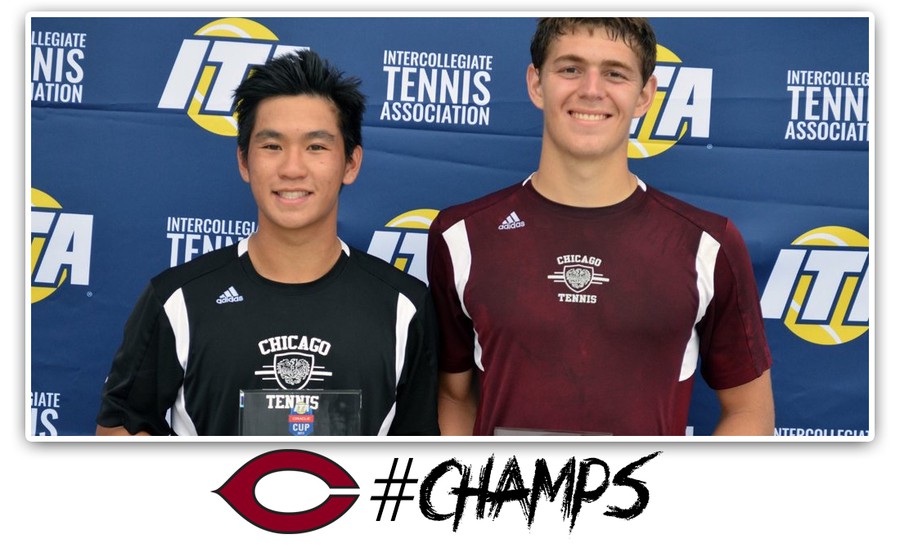 More than 30 years after the creation of the Intercollegiate Tennis Association (ITA) Oracle Cup, second-year Tyler Raclin and first-year Jeremy Yuan made history by becoming the first University of Chicago doubles team to win the title. Only eight NCAA Division III doubles teams advanced to the Oracle Cup after winning their ITA regional championships, including Raclin and Yuan.

The Maroons came into the tournament as the No. 4 seeds, immediately winning two consecutive matches to quickly reach the doubles final against Bowdoin College, the No. 2 seeds. In the first set, Raclin and Yuan lost to their opponents 3–6. However, the underdogs rallied, coming back in 6–3 and 6–4 to snatch the doubles title for the first time in U. of C. history.

“We worked really hard this weekend and played against some great competition and we just barely came out on top,” Raclin said. “It felt really great to win, but we know that this is only preseason, and that the ultimate goal is to win a championship in time. Hopefully this win will give us some momentum going into the season. We definitely did not expect to win the whole thing, and we were two points from losing in three different matches.”

This win advanced Raclin and Yuan to the Oracle Cup doubles draw, where they would represent all of Division III tennis to play against the winners from JUCO, NAIA, and Division II. They faced Georgia Gwinnett College first, and were defeated 6–3, 6–3.

Yuan also represented U. of C. in the singles championships, entering the tournament as the No. 8 seed. In the match for fifth place, Yuan snatched the first set 7–5 against the singles player from the University of Redlands, but was defeated in the next two sets for a close match of 7–6, 6–4.

“Singles didn’t go the way I planned, but I really turned up for doubles,” Yuan said. “I never would have dreamed to make the Oracle Cup in both singles and doubles as a freshman, but I’m happy it turned out the way it did. Tyler and I both played really well in all of our matches. I can’t wait for spring season; I think our team is looking really strong going into the spring season.”

First-year Claire Handa also made an appearance at the Oracle Cup, entering the tournament as the No. 4 seed. After winning one match and losing one match, she battled for third place against a student from Claremont-Mudd-Scripps. Handa’s No. 2 opponent overcame her in the end, 6–1 and 6–4.