The panel included a recently appointed director of the museum, and artists and members of the exhibition design team. 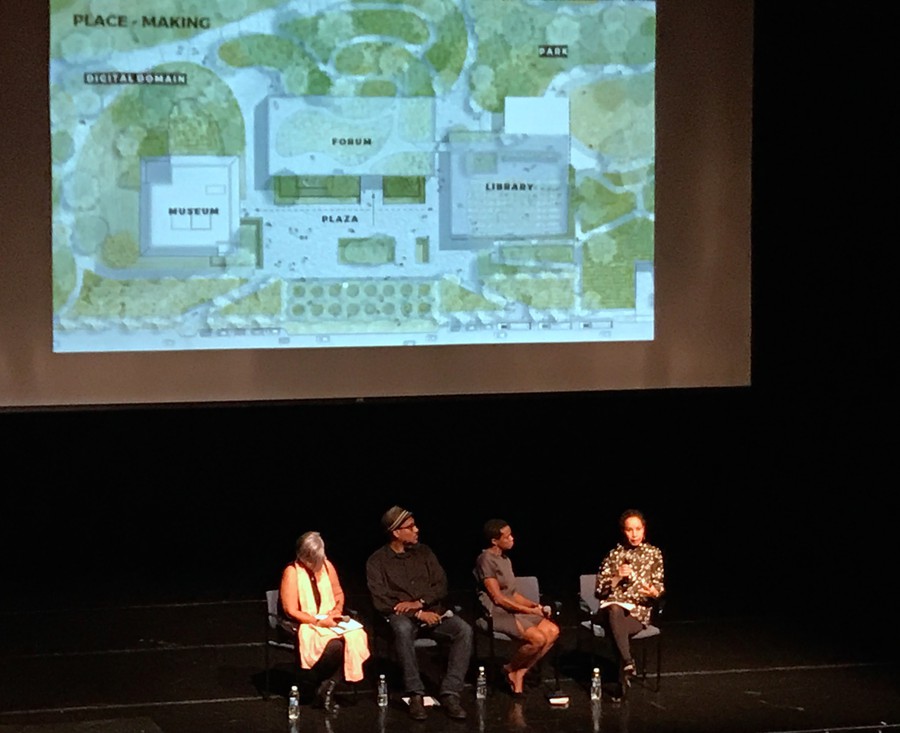 Panelists discuss the future of the Obama Presidential Center.

The museum director for the Obama Presidential Center and members of the Center’s exhibition design team discussed their vision for the project at the DuSable Museum of African American History on Saturday.

The three panelists present were Louise Bernard, recently appointed director of the museum, and Amanda Williams and Andres Luis Hernandez, artists and members of the exhibition design team.

Monica Chadha, founder of the consulting firm Civic Projects and a member of the exhibition design team, moderated the panel.

The Center will feature a museum, a forum, and a library, which will all be connected on the lowermost level.

While most presidential libraries and museums tend to be one-story buildings, the museum will have multiple stories, according to Bernard. There will also be a space at the top of the museum where visitors can overlook the city and surrounding landscape.

Bernard describes this unique architecture as a metaphor for movement, in which the individual’s agency becomes empowered and rises up through collective action. “I’d like to think of the museum as a physical manifestation of the work of the Obama Foundation, which is itself about civic engagement and about what it means to be a citizen,” she said.

The museum will house artifacts from Barack Obama’s presidency, from his signing pen to Michelle Obama’s dresses.

A key theme of the Center is the idea of narrative, not only of Barack Obama’s story but of the South Side community’s as well. According to Bernard, the project draws on a variety of voices across different social and political movements to shape a fully accessible, expansive visitor experience.

In alignment with the idea of inclusivity, the exhibition design team is interdisciplinary, with members from different backgrounds including architects, graphic designers, and content developers, Bernard said.

“The fact that our team is very diverse and led by women—that’s unheard of. I don’t take that lightly. I don’t think any of us should,” Hernandez said.

For Williams, working on the Center is both exciting and slightly daunting.“We’re architects, we’re artists, we’re a community, we’re South Siders, we’re black—all those things now become assets when at some point in my life they were told to be deficits,” Williams said.

The Obama Presidential Center is still in the early phase of planning and is expected to open by late 2021.