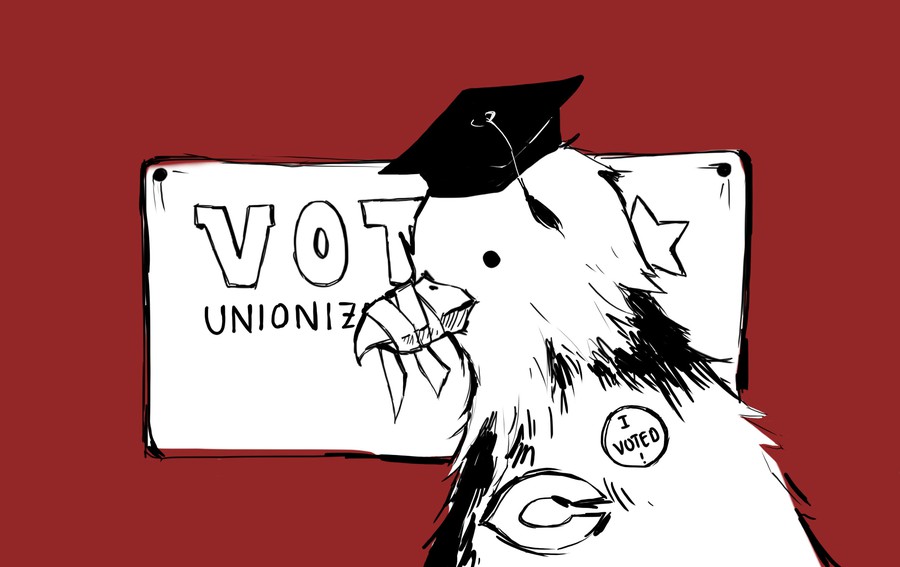 In several e-mails, University administrators urged graduate students to participate in last week’s unionization vote. Students heeded that call and overwhelmingly voted in favor of being  represented  as  workers  by  Graduate  Students  United.  It  is  now incumbent upon our administration to forego any further legal maneuvers, recognize the union, and enter into negotiations with it as soon as possible. It is the only course of action compatible with our university’s stated commitments to open discourse and diversity of perspectives. It is also the responsible course of action.

Our administrators have argued extensively about the possible dangers of unionization. Even if we were to concede that these exist, they would  pale  in  comparison  to  the  danger  that  would  come  to  our  institution  from further attempts to deny graduate student workers their right to a legally protected voice following last week’s vote, which was supported by so many voices, including those of both of the U.S. senators from Illinois.

—Professor Denis Hirschfeldt, on behalf of the University of Chicago Advocacy Chapter of the American Association of University Professors (AAUP)