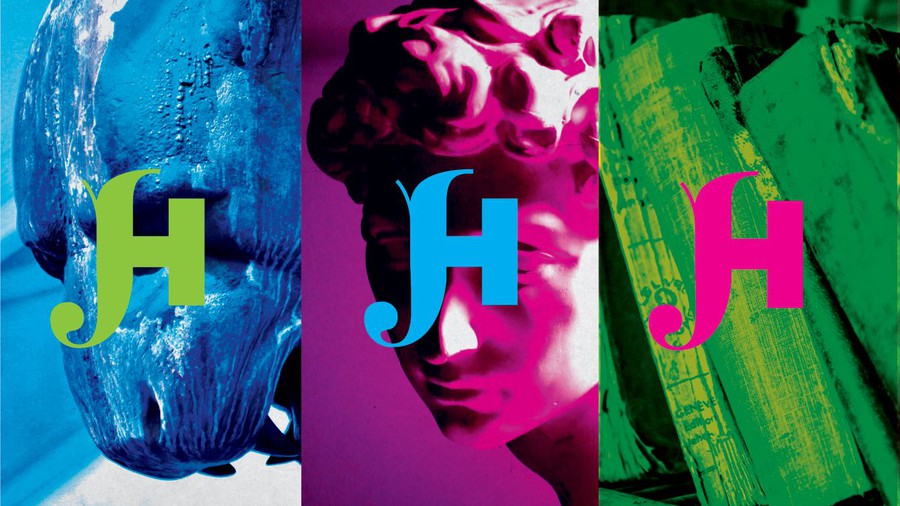 Courtesy of UChicago Division of the Humanities

By Perri Wilson   and Jad Dahshan

An ethereal air pervaded the quad on the morning of Humanities Day. Margareta Ingrid Christian, an assistant professor from the Department of Germanic Studies, had just delivered one of the first presentations of the day: “Aerial Aesthetics: Artworks and Their Environments Around 1900.” University visitors bubbled out of different sessions in Stuart Hall and Harper Memorial Library, filtering into Mandel Hall for the keynote address of the event. Wind-blown and mind-blown, they would spend the rest of the day finding inspiration in topics ranging from fake news to forgeries, media to murder, and civil war to sculpture.

Anne Walters Robertson, dean of the Humanities Division, prefaced the keynote address of Humanities Day by introducing the 38-year-old University of Chicago tradition—which originally began as a recruitment tool for drawing students to the University—as a pursuit of questions rather than answers. She expounded the importance of curiosity in fueling not only the day’s speakers, or even the Division of the Humanities itself, but also the continued displays of interest by audience members in the creative and cultural productions of their fellow human beings.

A specialist in 17th- and 18th-century literature, this year’s keynote speaker, Larry Norman, hails from the Department of Romance Languages and Literatures. He delivered a compelling presentation exploring the historical connotations of the term “classicism” and  questioned its multicultural capacities and ideological implications. Having contributed to the catalog accompanying the Smart Museum’s Classicisms exhibition, Norman drew upon the multidisciplinary research that produced the book, referencing different media as vehicles through which he has traced the varying definitions of classicism over the centuries. By indulging audience members in Ingres’s “The Apotheosis of Homer,” Dupré’s “Portrait of M. Fauvel, the French Consul, with View of the Acropolis,” and the diverse reincarnations of “Venus of Arles,” Norman managed to break through classicism’s association with authoritative models of exterior perfection and grand simplicity to reveal the cross-cultural nuances of the term, allowing for more open inquiry into its potential.

While the keynote was the most attended talk of the day, there were numerous lectures whose spots filled up faster than others. William Nickell took listeners across continents and back again in “Media and Power in The Age of Trump and Putin,” a historical examination of the development of fake news and its notoriety over the past few decades in Russia and the United States. His conclusion captured the core of Humanities Day as he stressed the need “to search for truth together and just question endlessly.” In a more intimate setting, Jennifer Wild, a bridge-builder between studies in gender and sexuality and those in cinema and media, used the 1934 French film L’Atalante to launch a meticulous exploration into the human body’s capacity to express repressed histories. She cited the tattoos that betrayed the penal colony cruelties endured by French soldiers and convicts.

Numerous talks also took place at the Seminary Co-Op. One such presentation was “Virginio Ferrari: Full Circle, 1957–2017,” a panel composed of Laura Steward, the University’s Curator of Public Art, Virginio Ferrari himself, and his son, Marco Ferrari. Although the event ostensibly aimed to publicize Ferrari’s newly published catalog, it felt more casual than a formal lecture. Virginio Ferrari, an Italian artist famous for his abstract sculptures and public installations (including “Dialogo” in front of Pick Hall), seemed to know half of the people in the tightly-packed room. There was a palpable sense of youthful excitement in Ferrari’s tales of his early career in Italy, his absurd misadventures and early successes in New York, and his discovery of Chicago (where one can find over 30 of his pieces).

When asked about public art as a medium, he remarked that the public’s first response is always “What is this thing?” to which he responds, “It’s your interpretation.”

Marco Ferrari then took over to talk about his new collaboration with his father, a 600-page volume featuring photos of Virginio Ferrari’s work from over the years. Much like his life and career, the book was a product of familial involvement and a deep connection to Verona.

Prompted by Steward to address the (few) students in the room, Ferrari said, “If you’re a young student…don’t listen to anybody. You listen to this, you listen to that, and you never materialize what you want to do.”

Directly after Virginio Ferrari’s discussion was a panel titled “New Publications in Creative Writing,” led by the head of the creative writing department, Vu Tran, along with authors and professors Rachel DeWoskin, Rachel Galvin, and Augustus Rose.

The panelists read their own work; DeWoskin began with a passage from her book Second Circus, which traces a young Jewish refugee’s tumultuous thoughts in 1940s Shanghai. Next was Galvin, who read from her latest poetry collection After the War, a book of sonnets, one-line poems, and sentences written in the style of news headlines. Rose then followed with the prologue from The Readymade Thief, his mysterious first novel about secret societies and intrigue, set in Philadelphia. The authors’ thought-provoking works reflected their ability to juggle teaching and creative careers, and each maintained a commitment to the very “wonder,” as DeWoskin put it, that encourages their students to explore in the classroom.

DeWoskin likes to think of writing as a “way to ask questions,” and she encourages her students to do the same. This value of curiosity ran throughout Humanities Day, captivating the audiences of each individual discussion.