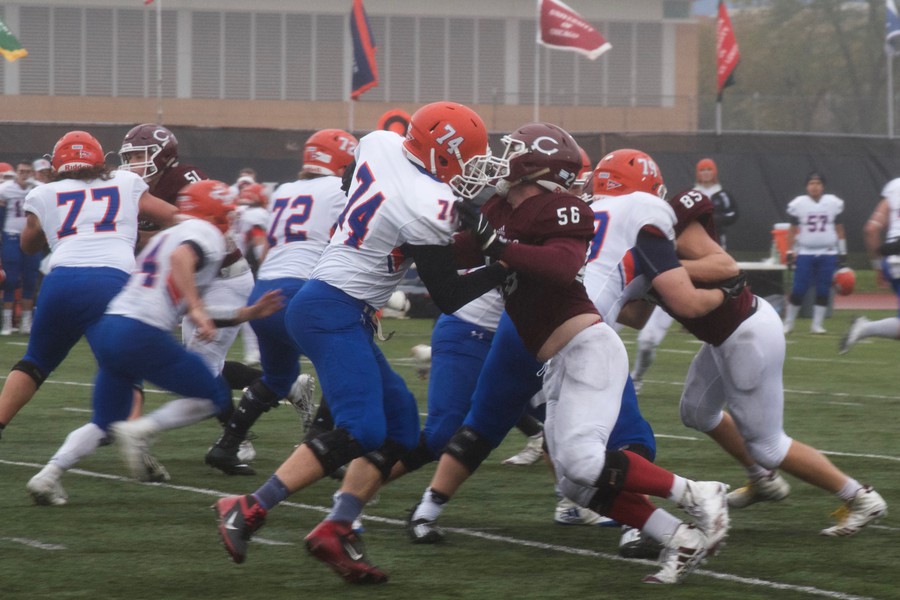 At Lake Forest College this weekend, the University of Chicago football team emerged victorious with a score of 33–13, ending the season for the team with an overall 6–4 record. The Maroons came in third in their Midwest Conference, placing second in the North Division behind St. Norbert, who lost to conference champion Monmouth this Saturday.

After an incredible season, fourth-year running back Chandler Carroll had another amazing performance in his last game, accounting for 236 rushing yards on 39 carries, along with four catches for 29 yards. He also scored two rushing touchdowns, greatly helping the team capture the third-place spot in the conference. Fourth-year captain Andrew Beytagh also had a great last game with an extra-point interception return for a 98-yard run at the end of the game. Near the beginning of the first quarter, Lake Forest scored the first points, but UChicago came back strong for the rest of the game. At the opponent’s 10-yard line, fourth-year defensive back Guy Stockwell blocked a punt and scored a quick touchdown, with third-year Mike Kurzydlowski scoring the extra point.

In Lake Forest’s first play on the next drive, first-year linebacker Dylan Faires forced a fumble and second-year Bill Rotnicki recovered, still at the host’s 25-yard line. Kurzydlowski then scored a 30-yard field goal, increasing the score to 10–7. The next points were scored in the last few seconds of the half, with second-year quarterback Marco Cobian throwing to third-year Trevor Anderson. This 15-yard pass led to another touchdown for the Maroons, giving them a 17–7 lead going into halftime.

The Maroons’ offense totaled 366 yards, while Lake Forest had only 241. First-years Ryan Montgomery and Jackson Ross had eight tackles each, and Montgomery also had a forced fumble and a tackle for loss. Fourth-year Peter Casey ended his last season with four tackles, a sack, and 1.5 tackles for loss.

“Over the course of the season, our coaches harped on the theme of ‘finish,’” third-year Bryson Merriweather said. “Coming out on top over Lake Forest was a quality win against a very good team. We had some ups and downs in the front half of the season but we finished strong on the latter half. We’re all excited to ride that momentum into next season and improve from here.”