Iris a Spectrum of Diversity on Stage

The theater group strives to empower the voice of people of color on campus. 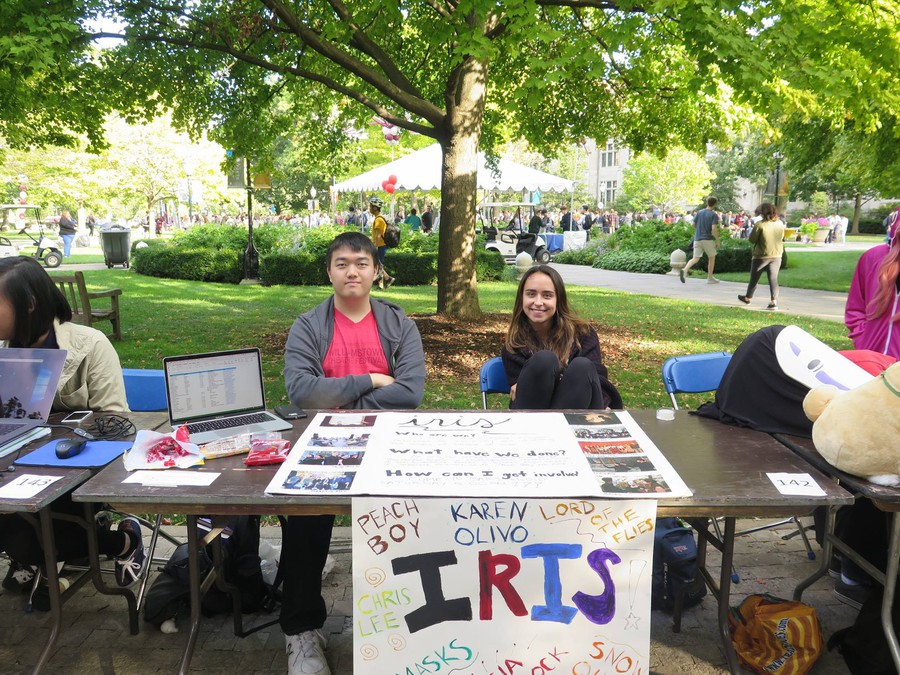 Iris is a new theater troupe on campus devoted to uplifting the voices of people of color. Not only does Iris tell stories written by people of color, it also shares narratives from members of the group itself.

Representation in entertainment is limited and hasn’t changed much over the years, despite popular shows such as Hamilton featuring diverse casts. Professional theater continues to be dominated by white actors and producers. Daniela de Diego Arozamena, a fourth-year in the College and co-executive director of the group, explained that part of this problem is a result of art funding being cut at an early stage in underserved areas around the country.

“You have middle schoolers not receiving the opportunity to take art classes and develop in that field or that interest,” she explained. This trend hits especially close to home for students in Chicago, who recently discovered that King College Prep’s vocal music program had been shut down. In the past, King College Prep had sent students from its choir to perform at former President Barack Obama’s second inauguration in Washington, D.C.

Iris aims to combat underrepresentation by creating a theater space that is all-inclusive and socially aware. The group is composed of students from a diverse range of ethnic and theatrical backgrounds. Each rehearsal is a dialogue between commonly and uncommonly heard voices on campus and in theater.

“A lot of theater troupes have specific roles for director, stage manager, and actor, [but] we don’t really have those divisive roles,” Daniela noted. “We really believe in a collaborative unit.”

Iris gives its members the creative freedom to assume roles that they have never tried, and to go beyond what is simply written on the page. For example, some members of the group produced a choreographed representation of Shel Silverstein’s poem "Masks," and an adaptation of William Golding’s Lord of the Flies in a high school class president election setting.

“Even though we may be telling a story UT would have told, we’re telling it in a different way with different voices,” Daniela said. Over the course of its existence, Iris has shifted from splitting tasks by job as seen in traditional theater rehearsals to a more open process that involves each member.

“A lot of people we have cast are people who are writing and…now volunteering to step into these roles,” explained Kenjiro Lee, a second-year in the College and board member of Iris. These theatrical risks, based solely on a shared passion for art and unconditional support of one another, are particularly appealing to many members of the group.

Rehearsals for Iris may not resemble the typical theater rehearsals of other groups on campus. “The direction came from everyone, not just one person,” described Kenjiro when talking about his experience with blocking a scene for a particular show. “One scene would be the focus of the blocking and everyone would help block it—giving input on how a character would enter.” Each production is no longer just one person’s vision; it is the synthesis of visions from each member of the group. Kenjiro also described beginning a rehearsal with a group analysis of The Raven, a story written by Edgar Allan Poe, for their next project. Kenjiro said that in this exercise the group hoped “to get a better sense of how to approach [the story] and what sort of inspiration [they] could take from the words.”

Though only two years old, Iris has put on a range of productions including an opening at the Revival, a scripted work set in a comedy club titled The Bartender Scene​, Story Time, a winter show composed of adaptations of existing stories, and several choreographed works. Last spring, Iris hosted Chris Lee and Karen Olivo of the Chicago cast of Hamilton on campus to speak about their experience with the theater world as artists and people of color.

“Make the theater you want to see on stage,” Karen Olivo and Chris Lee encouraged the group during a discussion session. The troupe was named after the Greek goddess of the rainbow and the part of the human eye that is in color. After all, as both the goddess and the part of the eye, Iris represents a wide spectrum of colors. “We want to bring [all our perspectives] to the table and start a conversation,” said Daniela. For the members of Iris, this range in voice and color is exactly what the group aims to portray.

Daniela de Diego Arozamena is a fourth-year, not a third-year, in the college.

Previously described as a "comedic improv show called Bartender," "The Bartender Scene" was rather a scripted work set in a comedy club.

The Shel Silverstein production titled "Masks" was produced by a cohort of members from the group, not the whole ensemble.