POAH To Open Jewel-Osco in Woodlawn 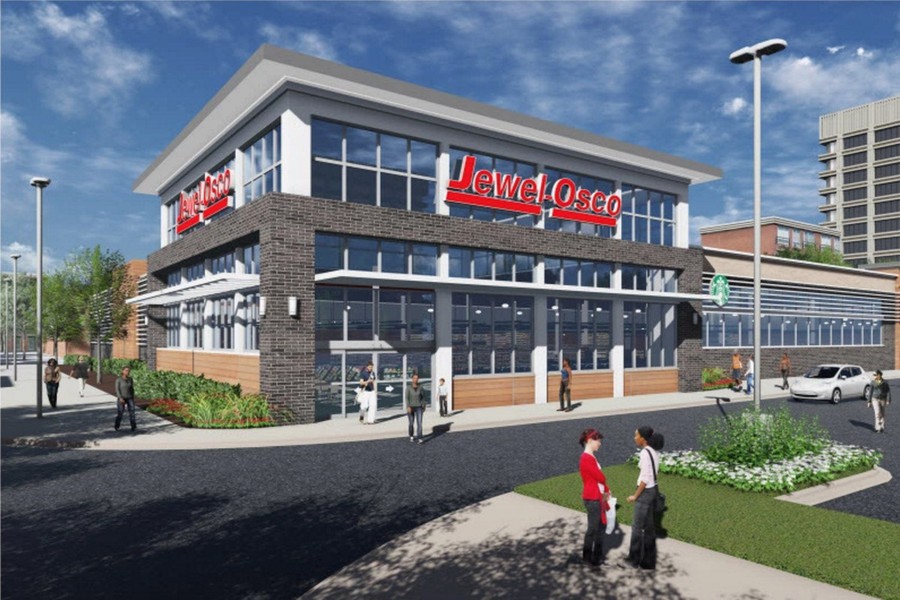 This past April, the Chicago chapter of Preservation of Affordable Housing (POAH) capped off a series of redevelopments in Woodlawn with the announcement that a Jewel-Osco supermarket will open in 2019 on the corner of East 61st Street and South Cottage Grove Avenue.

Located just south of UChicago, the upcoming 48,000-square-foot store and pharmacy is “expected to create more than 200 jobs,” according to a statement to The Maroon from a representative of Jewel-Osco. According to the supermarket chain’s website, Jewel-Osco currently runs 187 stores throughout Chicagoland, Indiana, and Iowa.

More significantly, POAH’s achievement will end Woodlawn’s colloquial status as a food desert. According to the American Nutrition Association, food deserts “are defined as parts of the country vapid of fresh fruit, vegetables, and other healthful whole foods, usually found in impoverished areas. This is largely due to a lack of grocery stores, farmers’ markets, and healthy food providers.” A variety of factors, including distance from grocery stores and types of food (e.g. fresh or not) offered at stores, play into what designates an area as a food desert.

Woodlawn’s food desert status isn’t exactly clear-cut. A USDA food access atlas defined a tract of Woodlawn as a low-income, low­–food access area based on data from 2015. A 2013 Progress Illinois feature noted that the accessibility of food retailers meant “by the city’s definition, Woodlawn is not a food desert.… It now has large food retailers, like Save-A-Lot, Aldi, and Walgreens, that most residents can walk to.” However, “these particular chain stores often have inflated prices and a small selection of often low-quality produce.”

According to their mission statement, POAH aims to “preserve, create and sustain affordable, healthy homes that support economic security and access to opportunity for all.” The nonprofit redevelops land, works to secure affordable housing, and offers a variety of financial education resources for Chicago residents. By bringing a full-service Jewel-Osco to the area, POAH hopes to expand the healthy options available in Woodlawn. A Whole Foods that opened last year in Englewood serves a similar purpose.

The Jewel-Osco isn’t POAH’s first project in Woodlawn. In a press release announcing the store, the nonprofit mentioned how it “has replaced deteriorating public housing with five new apartment complexes” and was working on developments including the Woodlawn Station, which it describes as a “transit-oriented development,” encompassing 70 mixed-income apartments and 15,000 square feet of retail next to the 63rd and Cottage Grove Green Line station. The nearby MetroSquash—a recreational center with an emphasis on youth programming—is yet another POAH project. In 2011, POAH secured a $30.5 million HUD Choice Neighborhoods Initiative grant for Chicago, which helped fund its partner, Woodlawn Community Center.

According to POAH’s Chicago area Vice President Bill Eager, POAH’s efforts in Woodlawn are centered around the Grove Parc Plaza apartments, a property that POAH bought in 2008 in poor condition and has since been redeveloping.

“One of our goals has been to bring a new grocery store to Woodlawn,” Eager told The Maroon. “The deal to bring Jewel is really something we've been working on for several years in fits and starts.” POAH had been talking with other potential grocers, without success, for years; they came close to inking a deal with Mariano’s until that grocer was sold in 2015.

In the first half of 2016, POAH started partnering with commercial developer Leon Walker of DL3 Realty, the developer behind the Whole Foods in Englewood. Walker believed it would be possible to attract Jewel-Osco to the area and formed a joint venture between DL3 and real estate developer Terraco. Eager explains how it all came together, “Jewel [Osco] came on the scene and said that they were very interested… [POAH] put in the land and [DL3 is] going to develop the site; Jewel is going lease it and operate it.”

According to Eager, having a full-service grocer such as Jewel-Osco has been a goal of the Woodlawn community for many years, and says that the nonprofit “had always set aside this parcel [on 61st and Cottage Grove]” as the “best potential site for a grocery store.”

“One of the things I really like about the [institution of a] grocery store is that it brings commerce to a community. It's not only going to be there for people who live in Woodlawn, [but will also] bring people from outside of Woodlawn into Woodlawn to spend money and create commercial activity,” Eager said.

Eager said that POAH hopes to work with Jewel-Osco to make sure that most of the positions at the store are filled by Woodlawn residents.

The grocery store branch was brought to Woodlawn through the efforts of Preservation of Affordable Housing (POAH) Chicago.