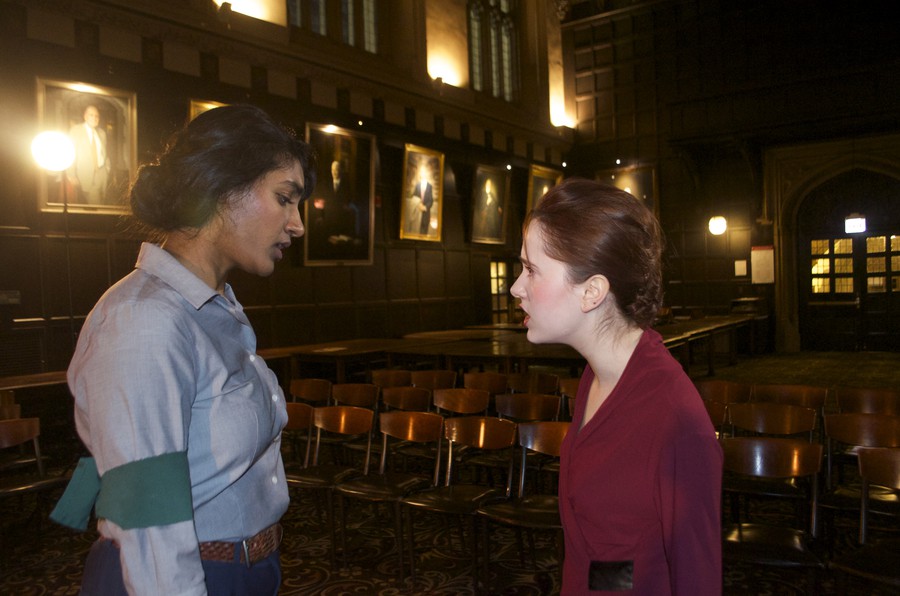 Julius Caesar is by no means an unfamiliar play. Even the phrase “Et tu, Brute?” resonates with those who do not know the story behind the expression. But none of this deterred third-year Taz Urnov, who took a stab at Julius Caesar and put her own twist on the Shakespearean tragedy for the Classical Entertainment Society’s (CES) fall quarter mainstage.

One of the most striking things about CES’s production, which took place in Hutchinson Commons from last Thursday through Sunday, was how it cast the traditionally male-dominated play. Sure, the company was mostly comprised of women, and casting gender-blind is not entirely revolutionary. But gender-swapping is a wholly different creative decision in itself. Writing the characters of Cassius and Brutus as women added a new dimension of gender dynamics to CES’s Julius Caesar that was absent from the original script.

It was enticing to see Cassius come to life through first-year Elizabeth Price; she projected the image of calculation every time she swaggered onstage dressed in red, while second-year Amara Balan’s Brutus remained stormy and regal, yet conflicted, throughout. Both portrayed strong women, just in different ways.

“While Julius Caesar isn’t a play with a lot of inherent gender dynamics, I thought that we thereby created some by having Brutus and Cassius be women,” Urnov said. “They rise up against this very powerful but very condescending man and then have him condescend to them even until the last.”

When asked about why she chose to only gender-swap the characters of Brutus and Cassius and not Portia and Calpurnia (who remained as female characters in the production, depsite being played by first-year Nick Cordero), Urnov rationalized that the casting of Portia and Calpurnia was not influenced by the gender of the actor because she wasn’t thinking of them as the only two women in the show.

“I was thinking of them as the same kind of archetypal caregiver role,” Urnov explained. “I didn’t want to limit the role by saying it has to be [played by] a woman.”

There were moments in the play that were especially striking, such as in the funeral scene when second-year Thomas Noriega’s Marc Antony repeats, “Brutus is an honorable man.” There were also comedic moments, where third-year Ben Robertson’s Cinna the poet gets confused for Cinna the conspirator and gets dragged off stage. 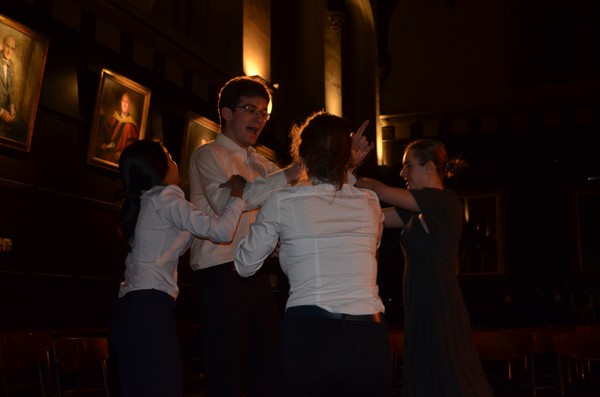 Cinna the poet (third-year Ben Robertson) is dragged off by a throng of citizens.

The most shocking scenes in this adaptation undoubtedly appeared when Urnov deviated from the script—particularly the moment where Brutus and Cassius kiss during their parting scene. The kiss definitely surprised the audience, but it was not misplaced.

“In the script, all of the things [Brutus and Cassius] say to each other…are extremely romantic,” defended Urnov. After all, Cassius tells Brutus in their parting scene: “If we do meet again, we’ll smile indeed./ If not, ’tis true this parting was well made.”

This moment of intimacy ties in with the intimate experience of watching the show, which was staged “in the round” so that the audience sat on four sides and surrounded the action in the center.

“[Julius Caesar is] a very straight-forward play, but there’s so much morality, tension, and suspense that there’s so much at stake,” Urnov explained. For her, staging the play in the round allowed her to “bring the audience into it, to make them complicit in anything that happens, and to make them able to physically see the characters more closely.” When the conspirators were plotting against Caesar, it felt as if we were part of the conspiracy; when Senate meetings were held, it felt as if we were participants. At times, it almost felt as if we were intruding, but that feeling added to the tense atmosphere and sense of urgency that persisted throughout the play.

This non-traditional staging technique, however, did not come without difficulties. The word Urnov shouted the most often during rehearsals was “diagonals!” to encourage actors to move into the open space so that everyone in the audience would have a clear view of the action. 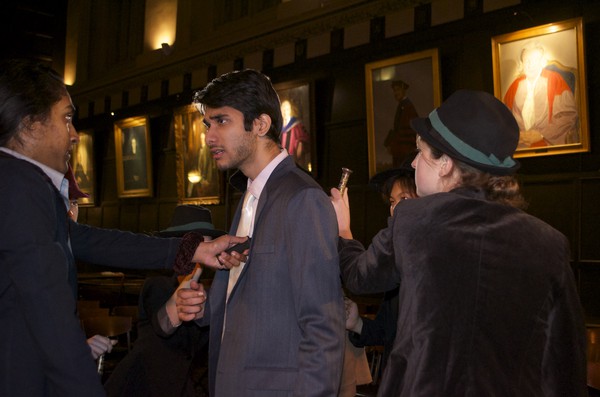 Though it was sometimes hard to hear the actors when they were facing away, and although there were less sound effects and lighting due to the logistics of staging the production in Hutchinson Commons, such minimalism highlighted the actors and made watching the play a more immersive experience.

“It’s my favorite Shakespeare play,” Urnov said, when asked about why she chose to direct Julius Caesar of all Shakespearean plays. “I’ve been really obsessed with it since at least sophomore year of high school…. This was the one I had the most passion for and the one I wanted to direct the most.”

Her answer was simple yet sincere, and her passion was evident for those who watched the play come to life.