Est. 1856? Why Organizers Say U of C Owes Reparations

Supporters are rallying today for a “truth and reconciliation committee" to work on reparations. 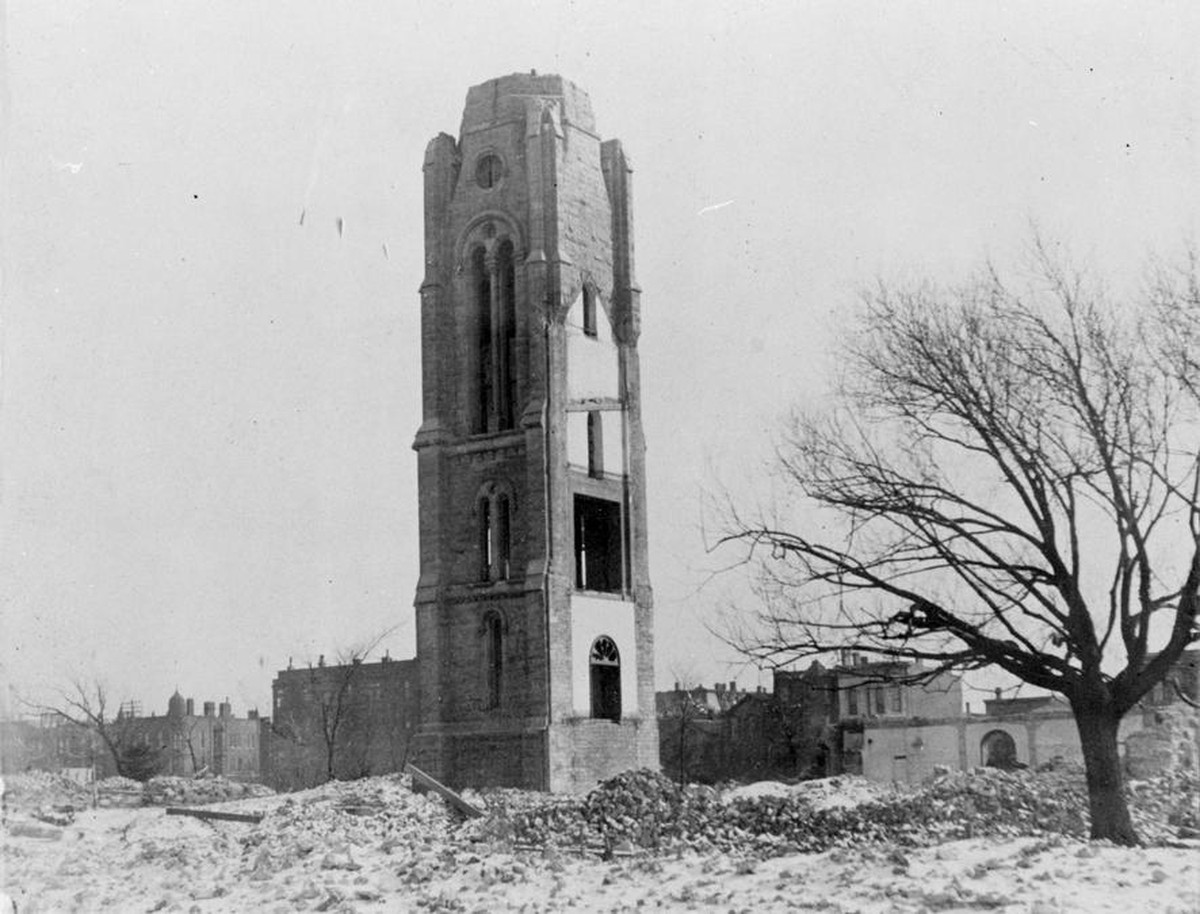 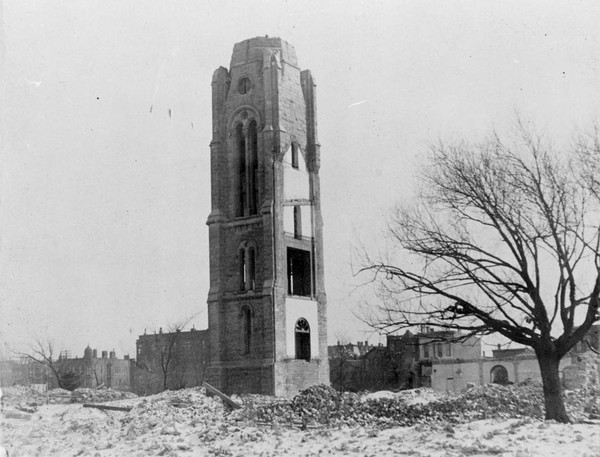 “There is no Hyde Park without Bronzeville,” insists Guy Emerson Mount, teaching fellow in the social sciences and a member of the Reparations at UChicago Working Group (RAUC).

The group will take part in a “Rally for Reparations” held today by the National Coalition of Blacks for Reparations in America (N’COBRA), “calling upon the University of Chicago to make amends for its founding ties to slavery.”

The RAUC’s paper documents the importance of Douglas to the University. Douglas used profits from his slave plantation in Mississippi to purchase land that was donated to the original University of Chicago campus in Bronzeville, for which he served as the first president of the board of trustees. The University now uses 1890 as the date of its founding, referring to the establishment of the current location in Hyde Park.

N’COBRA demands that the University change its official founding date to that of the Old University and plans to establish a “truth and reconciliation committee that would produce a comprehensive reparations program.”

After the rally, N’COBRA will hold a press conference at City Hall, coinciding with their submission of an open letter requesting that the city cancel all of its business agreements with the University, in accordance with the 2002 Slavery Era Disclosure Ordinance, a city law that requires all companies conducting business with the City of Chicago to disclose their records on slave policies.

“I definitely feel like the information coming out about Stephen Douglas will be effective in pushes for reparations,” said Kamm Howard, National Male Co-Chair of N’COBRA. “You can’t look at families with historical wealth without finding links to enslavement…. You have these institutions and people affiliated with these institutions today who are benefitting from them.”

“[N’COBRA] is calling upon the University of Chicago, the City of Chicago, and Barack and Michelle Obama to meet our demands to engage in a process of reparative and transformative justice with the descendants of the enslaved and the broader community on the South Side,” Mount said, implicating the former president and first lady through their involvement with the University in building the Obama Presidential Center in Jackson Park.

“The new university did not use or benefit from the former university’s land or its endowment,”  the University spokesman said in their statement.

The RAUC’s paper, however, cites Dean of the College John Boyer, who states in The University of Chicago: A History that the Hyde Park and Bronzeville campuses shared an overlapping network of donors and faculty; the RAUC argues that this network, as well as a legitimacy that carried over from Bronzeville’s campus to Hyde Park’s, makes the legacy of the two inextricable. 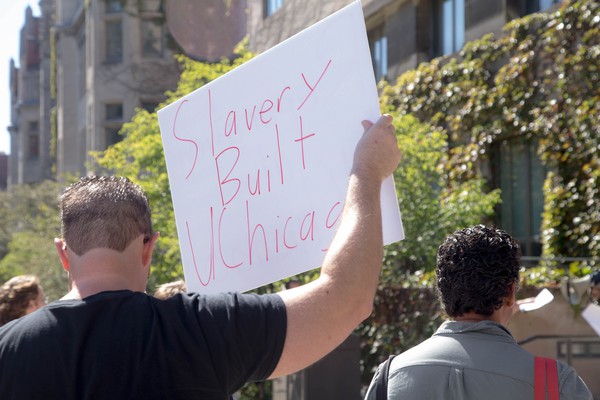 The Reparations at UChicago Working Group participated in a racial justice Rally on campus in October.

The group’s investigation into the University’s relationship with slavery echoes similar ones transpiring at dozens of universities throughout the country, including Harvard, Princeton, and Yale.

At Georgetown University, a sale of 272 slaves in 1838 kept the institution from sinking into debt; in an attempt to acknowledge its past, the school’s president, John DeGioia, announced measures that included creating an institute for the study of slavery, as well as erecting a public memorial to the slaves who were sold to keep the university, which was at the time deeply in debt, afloat.

“One thing I admire is that [at Georgetown] they have really framed this in a moral context,” Mount said. “You have the president of Georgetown, a religiously-based institution, standing up and saying this is a sin that needs to be atoned for. That’s something we may not get to at these other universities, and I admire that.”

A rally for racial justice led by student activists last month highlighted information publicized by the RAUC’s paper, with speakers from student and faculty organizations at the rally calling attention to the University’s unaddressed relationship with Douglas.

Some community leaders and student representatives view the drafting and signing of a community benefits agreement (CBA)—a contract between a real estate developer and community groups that requires the developer to provide certain amenities to the community— before the construction of the Obama Presidential Center as a potential first step for reparations.

“Ultimately, we would like three parties to sign the CBA: the Obama Foundation, the University of Chicago, and Alderman Leslie Hairston,” said fourth-year Robert Hayes, a member of UChicago for a Community Benefits Agreement. “One of the main reasons for the CBA is the idea of equitable development, the idea that residents should share some of the prosperity [the center] is going to bring to the South Side…. That’s why a CBA would include protection for affordable housing, as well as preferences for local hiring.”

Mount feels that a CBA would operate as a preemptive measure against potential damages to the community. “A CBA is saying, ‘let’s see if we can have enough benefits to the community that we can offset the harm that will be done,’” he said.

Hayes feels that signing a CBA would make the University accountable for promises it makes regarding local hiring and affordable housing, referencing the 2001 agreement between the Los Angeles Sports Entertainment District and community organizations as a model of a CBA that was executed well. “It can be done and be done inclusively,” he said. “[A CBA] brings community members to the table and says, ‘You deserve a voice in this process.’”

“[To address] history wouldn’t damn the University or curse it for all eternity,” said Mount. “Everyone has a past, everyone has a history.… Institutions that are honest about it, that tell the truth, try best to right the wrongs that they’ve done.”