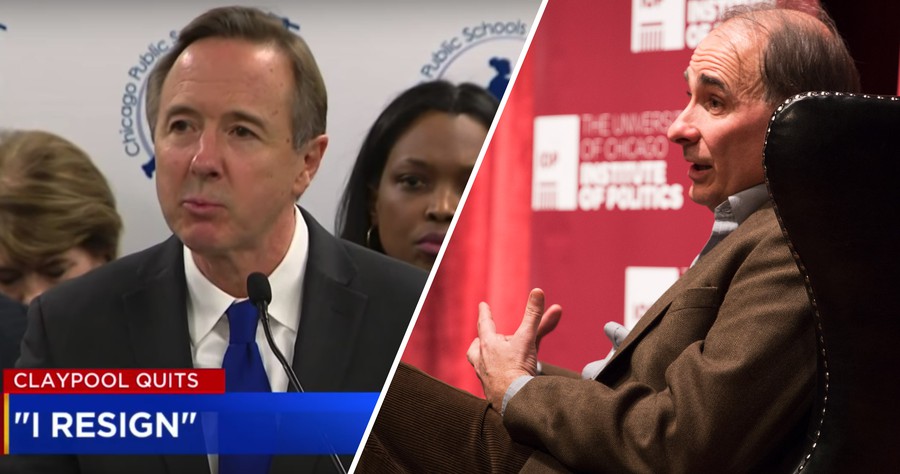 Forrest Claypool resigned Thursday after a report found he “repeatedly lied” to investigators.

David Axelrod jumped back into the world of Chicago politics this week to defend his long-time friend Forrest Claypool, who resigned as Chicago Public Schools (CPS) CEO Friday after it was revealed he orchestrated a cover-up and lied to investigators.

Axelrod spoke to the media in support of Claypool before and after the school chief resigned Friday following a scathing report by the school system’s inspector general (IG) that found he “repeatedly lied” to investigators and engaged in a “full-blown cover-up.” Axelrod told The Maroon he sees this as “florid language” from a “media-seeking” inspector general.

The IG investigation looked at CPS lawyer Ronald Marmer’s supervision of work for the district on a civil suit seeking more state money for CPS. Marmer used to work for the firm Jenner & Block, and he was still receiving severance pay. Ultimately, however, it was a cover-up—not the conflict—that brought down Claypool.

He “pushed the matter beyond all bounds when he chose to lie through two separate OIG interviews,” the report said.

After the report came out, Axelrod, who is close with both Claypool and his appointer Mayor Rahm Emanuel, told the Sun Times that he did not need to resign, referring to his misconduct as a “pardonable sin.”

You know it's gotten real when @davidaxelrod trots back onto the local playing field to spin the story for bosom buddies Rahm, Forrest Claypool https://t.co/fKzJEURG2i

“Issues over which you should leave go to corruption or profiteering. What you have here is a guy who wanted to get the best possible representation for the kids of Chicago and was overzealous in making that happen,” Axelrod said. “Rahm, from my conversations with him, appreciates the progress the system has made in terms of dealing with its horrific financial problems and educationally on Forrest’s watch.”

Axelrod continued to show support for Claypool after Friday’s press conference. At the conference, Emanuel announced Claypool’s resignation, while also praising and even hugging him.

My friend Forrest Claypool, who resigned today as CEO of the Chicago Public Schools, is one of the finest public servants I have known. He’s led remarkable turnarounds at the city’s schools (see below) & before that at the CTA & parks. Proud of him! https://t.co/9dd4HdyZ3k

Meanwhile, the Chicago Teachers Union went after the mayor and his “political lackeys” who were still defending Claypool.

“While the mayor and political lackeys praise Claypool for his service, our members knew him to be an unmitigated disaster as CPS CEO. His resignation is a victory for them, their students and our school communities,” the Union said.

Axelrod responded early Saturday morning to a Maroon inquiry about his continued support for Claypool. Read the full statement below:

I have known Forrest Claypool for 33 years.  We first worked together in 1984 to help elect Paul Simon, a great progressive champion, to the United States Senate and, again, in 1987 to help re-elect Mayor Harold Washington, Chicago’s first African-American Mayor.

In the 1990s, I watched Forrest reform the Chicago Park District, cutting the bloated, patronage-ridden central administration by a third and transferring those funds to neighborhood parks.

In 1998, he defeated the Democratic machine to win a seat on the Cook County board, where he fought for budget and patronage reforms and improved health care for the indigent people served by the county health care system.

In 2011, he was appointed to run a Chicago Transit Authority riddled by inefficiencies and drowning in red ink.  Not only did he return the agency to solvency, but he greatly improved service.

While at the CTA, Forrest oversaw the rebuilding of the red line on the South Side, bringing the project in on time and under budget while directing a third of the contracts to local businesses in the community.  He also hired hundreds of ex-offenders, giving them a second chance.

And he took over the Chicago Public Schools in 2015 when the system was rocked by a bribery scandal involving his predecessor and more than a billion dollars in the red.  Under his leadership, CPS finances-and performance-have greatly improved, as noted by a Stanford study that touted accelerated learning in the city’s schools.

This history is why local pastors, civil rights and community leaders stood with Forrest as he announced his resignation today.

Forrest made a mistake, which he has acknowledged and for which he has resigned.  But it wasn’t to enrich himself or anyone else.  He cut a corner in order to secure the help of one of the city’s most prestigious law firms to represent the children of Chicago in a civil rights suit against the state of Illinois for underfunding the city’s schools.

That firm wound up donating a million dollars in pro bono legal work to CPS, and the suit, while unsuccessful, added momentum to a drive that ultimately produced $450 million in new state funding for Chicago’s schools.

Even the media-seeking Inspector General whose florid language you cite, does not allege that any law was broken or anyone personally profited from Claypool’s actions.

I in no way excuse what Forrest did, nor has he. But the misjudgment he made does not obviate his remarkable three decades record of reform and battles for social justice.  You would be hard pressed to find a local official anywhere in the country who has done so much in so many different essential areas.

I am very proud of him.