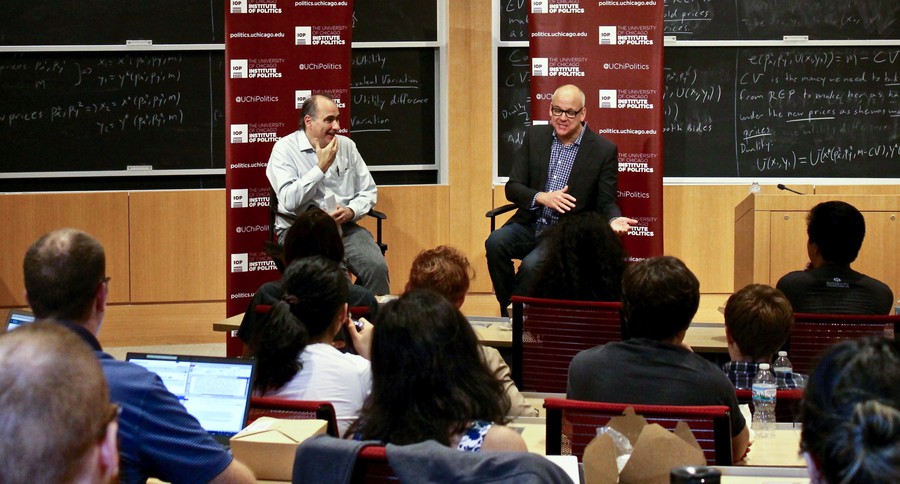 The Institute of Politics announced on Monday that it will host seven fellows in spring quarter, including a former governor of Michigan, a former U.S. Representative, a human rights activist, two journalists, and two former Obama administration officials.

Blinken served directly beneath John Kerry as the State Department’s second in command. He was closely involved with strategy in the Middle East, and drew attention for his role in the Obama administration’s 2013 decision to arm Syrian rebels. Blinken frequently argued that “superpowers don’t bluff,” emphasizing that U.S. rhetoric should be supported by measurable action, according to a Wall Street Journal article in 2013.

Greenhouse spent 31 years as a New York Times reporter, primarily as a labor correspondent. Although he officially left his post in 2014, he has continued to write articles for The New York Times, including a prescient article in July 2016 on Trump’s popularity among white Rust Belt workers.

In 2002, Granholm became the first woman elected governor of Michigan. Four years later, she defeated Dick DeVos, husband of Secretary of Education Betsy DeVos, and was reelected with the largest number of votes ever cast for a governor in Michigan. A vocal advocate for Clinton during the election, Granholm was succeeded by current Republican governor Rick Snyder.

The fellows will each host weekly seminars and office hours throughout spring quarter.