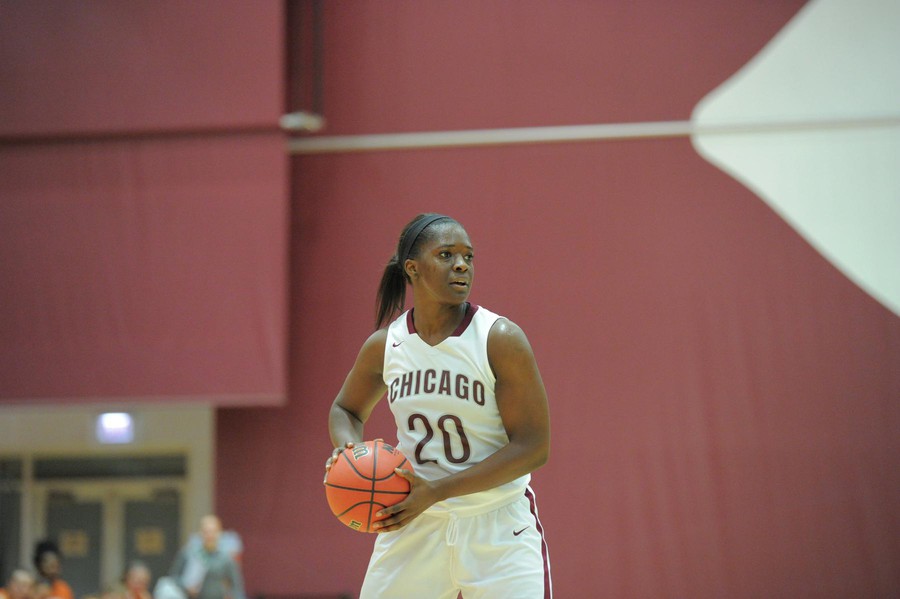 The Maroons will travel to the Northeast this weekend for their final pair of UAA games prior to their regular season finale against rival Wash U. With a conference record of 9–2, Chicago remains tied for first with the Bears for the third straight week. With an overall mark of 16–6, the team is poised to earn a bid to the NCAA tournament beginning in early March. This weekend, the Maroons will face off against NYU and Brandeis as they hope to remain in control of their own destiny.

On Friday, the squad will travel to Boston to face off with the Judges of Brandeis University. The home team currently stands at 3–8 in conference play. When the teams faced each other earlier this season in Chicago, the Maroons were able to defeat Brandeis 62–55 in a gritty defensive matchup. In that game, Chicago built up an early lead thanks to strong inside play from fourth-year Britta Nordstrom and second-year Ola Obi, who each recorded double-doubles in the game.  The Judges fought back in the second half and closed the deficit before ultimately falling to the Maroons by a seven-point margin. On this go-around, the squad will hope for consistent offensive output to neutralize the scrappy Brandeis defense and continue its UAA winning streak. Fourth-year guard Stephanie Anderson seemed optimistic about the team’s chances, saying, “We are really excited because our postseason destiny is entirely in our hands. We're taking everything one game at a time, but it's cool that we're getting so close to the finish.”

Then, on Sunday afternoon, the Maroons will head to the Big Apple to face NYU. Despite a below-average conference record of 3–8, the Violets have been hot as of late. They go into the game having won three of their last four games, including a 15-point victory over Carnegie Mellon, who were nationally ranked in the top 25 at the time. Earlier this year, Chicago defeated New York in a 69–67 thriller, thanks to a last-second layup by first-year guard Mia Farrell. Nordstrom also posted a strong performance with 13 points, seven rebounds, and five assists.  Come Sunday, the Maroons will need strong performances across the board from several players if they want to reverse the Violets’ recent success and emerge victorious. Moreover, the Maroons will be relying on their stout defense, which has been the most impressive in the UAA all year. Anderson went on to highlight this, saying, “We really focused this week on rebounding and staying composed under pressure, as those are both things that these two teams excel at.”

This Friday, the squad takes on Brandeis at 5 p.m. in Boston. Then on Sunday, the Maroons will head to Manhattan to play NYU at 1 p.m. The Maroons are hoping to earn a pair of victories and retain their top spot in the UAA, setting up a potential winner-take-all season finale against Wash U.