Betsy DeVos’s religious agenda in schools is a violation of free speech. 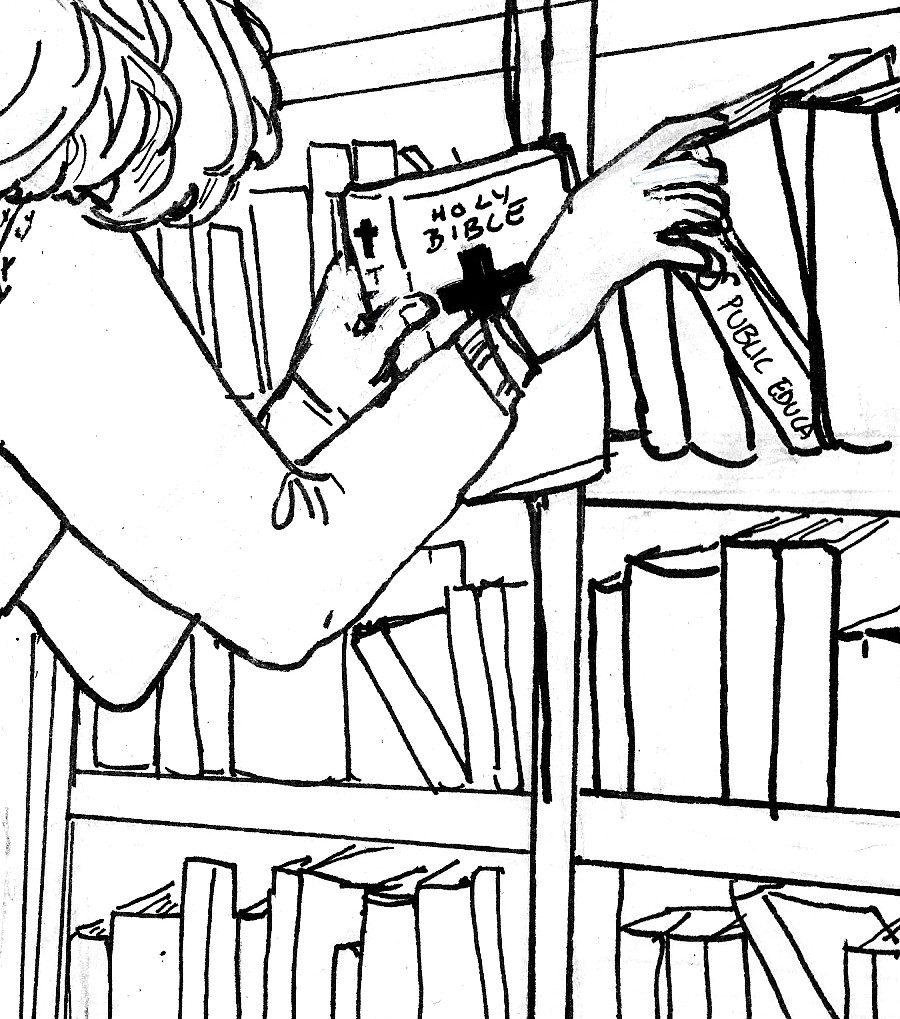 Amid the literal firestorm that accompanied Milo Yiannopoulos’s canceled Berkeley visit, campuses all over the country have erupted in defiant protest against the normalization of bigotry. Yiannopoulos, a self-styled “free speech fundamentalist,” and his acolytes have gleefully looked to Berkeley and other incidents over controversial speakers at universities as examples of angry, coddled college students unwilling to listen to other viewpoints—a common conservative narrative. But while controversial campus speakers have largely dominated media coverage of free speech issues in the Trump era, the President’s current cabinet points to an overshadowed aspect of the First Amendment that conservatives seem less willing to defend: the separation of church and state.

Even beyond the role of religion in government, Trump’s cabinet is already packed with unqualified politicians boasting embarrassingly meager résumés when compared to their counterparts in previous administrations. Take Secretary of Energy nominee Rick Perry. The former Texas governor, who attended Texas A&M University, graduated with a transcript riddled with Cs, including a D in a class called “Meats.” One of his predecessors won the Nobel Prize for Physics; the other was a professor at MIT.

But perhaps the most glaring publicized example is Secretary of Education Betsy DeVos, the scion of a Republican mega-donor family with little previous background in education. Her close confirmation, which passed by one vote, endured extensive scrutiny of her family background. DeVos, however, has claimed to be a longstanding proponent of education reform: in fairness, as far back as 2001, DeVos outlined her vision of using the American school system to “advance God’s Kingdom.” To the DeVos family, “the church has been displaced by the public school as the center for activity” and, as Dick DeVos notes, “it is certainly our hope that more and more churches will get more and more active and engaged in education.” The main way they are trying to do this is through gutting the public school system and instead privatizing the industry with taxpayer funded charter schools and voucher programs.

The combination of increased privatization and vouchers for Christian schools from a billionaire intent on “advancing God’s Kingdom” is clearly worrisome. If DeVos’s plans succeed, then students will have no choice but to attend private religious schools because there are no viable public alternatives. This is a clear violation of the First Amendment. As Trump proposes building a border wall, the constitutional wall dividing church and state is at risk of demolition. Even if DeVos’s confirmation tanked, there was an inevitability that any alternate pick would have belonged to the religious far-right. After all, Trump appointed Jerry Falwell Jr.—the president of “the world’s largest Christian university,” which teaches creationism under its biology department—to spearhead an education task force for higher learning. Those in the public school system, then, are not the only ones who should worry.

Yet Trump’s worrying refusal to commit to the separation of church from state is not only evident in his education reform. Trump, acknowledging his ardent base of evangelical supporters, pledged to repeal the (admittedly oft-unenforced) Johnson Amendment, which prohibits tax-exempt institutions such as churches from endorsing candidates. In another nod to Christian conservatives, a leaked draft proposal from the White House advanced “religious freedom” considerations based on “moral” objections—a euphemistic way to discriminate against LGBTQ+ individuals, among others. Combine this with the thinly-veiled Islamophobia of Trump’s immigration ban and Steve Bannon’s sinister vision of a Judeo-Christian capitalist West wrangling with the Islamic East—in itself an extremely medieval viewpoint in an increasingly medieval administration—and it’s clear that Trump’s supporters, in picking and nitpicking only certain elements of free speech to uphold, are not the First Amendment defenders they make themselves out to be.

Felipe Bomeny is a second-year in the College majoring in history.