Among projects Jagoda will pursue next year is an expansion of The Test, a mobile game that seeks to promote HIV testing among 14- to 19-year-old men from the South and West Sides of Chicago. 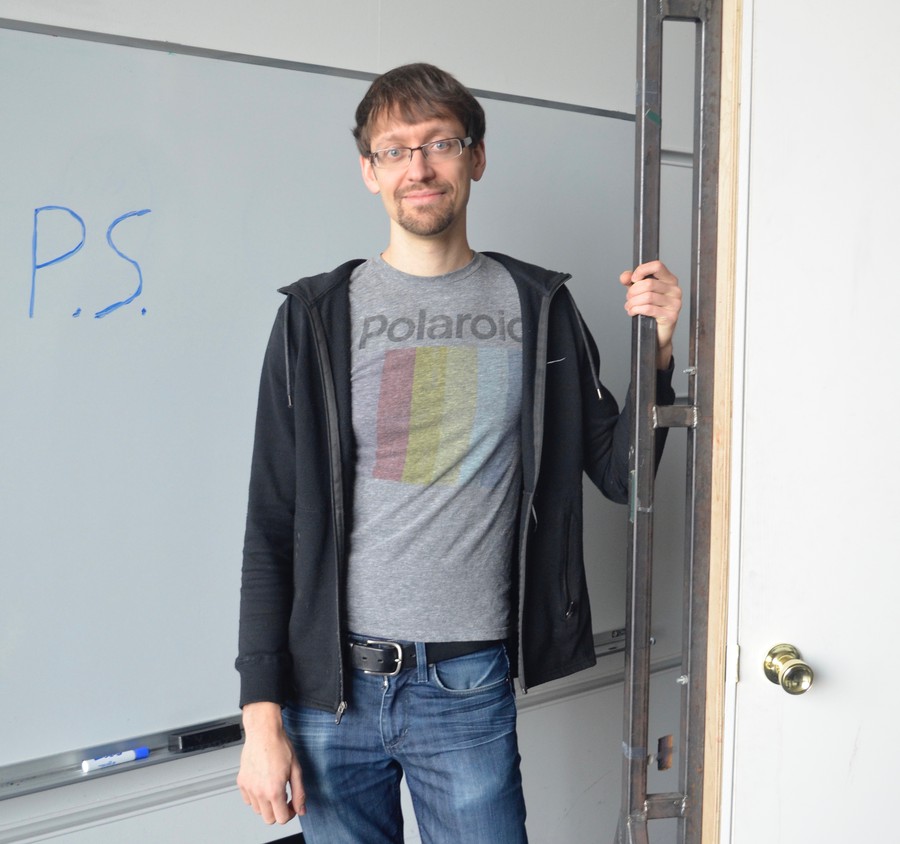 Patrick Jagoda, associate English professor and director of the minor in Media Arts and Design.

Eva I / The Chicago Maroon

Associate professor Patrick Jagoda will be on leave next year in order to write a book and devote time to several alternate reality and multi-platform game projects. Jagoda, who teaches in the English and Cinema and Media Studies departments, is also a cofounder of the Game Changer Chicago Design Lab.

Jagoda’s first book, Network Aesthetics, was published in 2016 and explored the relationship between interconnected life and decentralized network forms in popular culture. His new book, tentatively titled Experimental Games, concerns a subset of this topic. “I’m thinking of different kinds of avant-garde and experimental games, and basically what it is that we can learn from them about contemporary society,” he said.

Play is a serious thing for Jagoda. Among other projects he will pursue next year is an expansion of The Test, a mobile game that seeks to promote HIV testing among 14- to 19-year-old men from the South and West Sides of Chicago who have sex with men.

In The Test—produced by faculty, staff researchers and developers, and graduate and undergraduate students at the Design Lab—players adopt the role of target group members and travel through Chicago. Mini-games and text conversations with virtual characters point to resources for dealing with factors that frequently deter those in the target group from getting tested, such as lack of health insurance and fears of stigma surrounding HIV-positive status. “So it moves back and forth between what I would call a mode of digital storytelling and this kind of short gameplay,” Jagoda said.

Focus group studies have so far been encouraging, suggesting that this type of gameplay would increase testing rates among the target group.

Another project underway is Caduceus Quest, a video-based roleplaying game in which players team up as doctors, researchers, and policymakers to tackle a series of medical mysteries and epidemiologic disasters. The goal, Jagoda said, is to entice teenagers—particularly in Chicago’s South and West Sides, but, as the game expands, across the United States as well—to pursue careers in STEM.

To Jagoda, the magic of using games as a force for social good lies in their inherent interdisciplinary structure. Though he had previously studied games as a postdoctoral in English, meeting Melissa Gilliam, an obstetrics and gynecology professor and the Design Lab’s co-founder, broadened his perspective:.

“We realized that we had a real opportunity to combine new media and health and create interventions that might be able to shift attitudes,” he said. “I’ve always had an interest in science and social science, but my training was in the humanities and arts, so it’s been gratifying to work with scientists as well.”

At the moment, developments in alternate reality games (ARGs) particularly enthrall Jagoda. ARGs use “rabbit-holes,” like websites or puzzles, to immerse players in elaborate storylines; they create what Jagoda calls a “‘this is not a game’ aesthetic” by blending real-world experiences with a variety of media. During summer 2014, the Design Lab brought seventy teenagers to UChicago for SEED, a three-week-long improvisational science-fiction game incorporating computer games, social media, video, and live theatrical performances. Participants learned about STEM fields and honed their skills in game design, successfully showing ARGs’ capacity for social change.

Inspired by this success, Jagoda will spend part of his sabbatical working on an undisclosed ARG with his SEED collaborators, associate sociology professor Kristen Schilt and Director of Undergraduate Studies in Theater and Performance Studies Heidi Coleman.

“Games are immensely popular, they’re a form that combines the digital and network components of the world in which we live,” Jagoda said. “I think they’re a powerful cultural pathway for tackling some of these issues.”