Rematch on Docket for Maroons 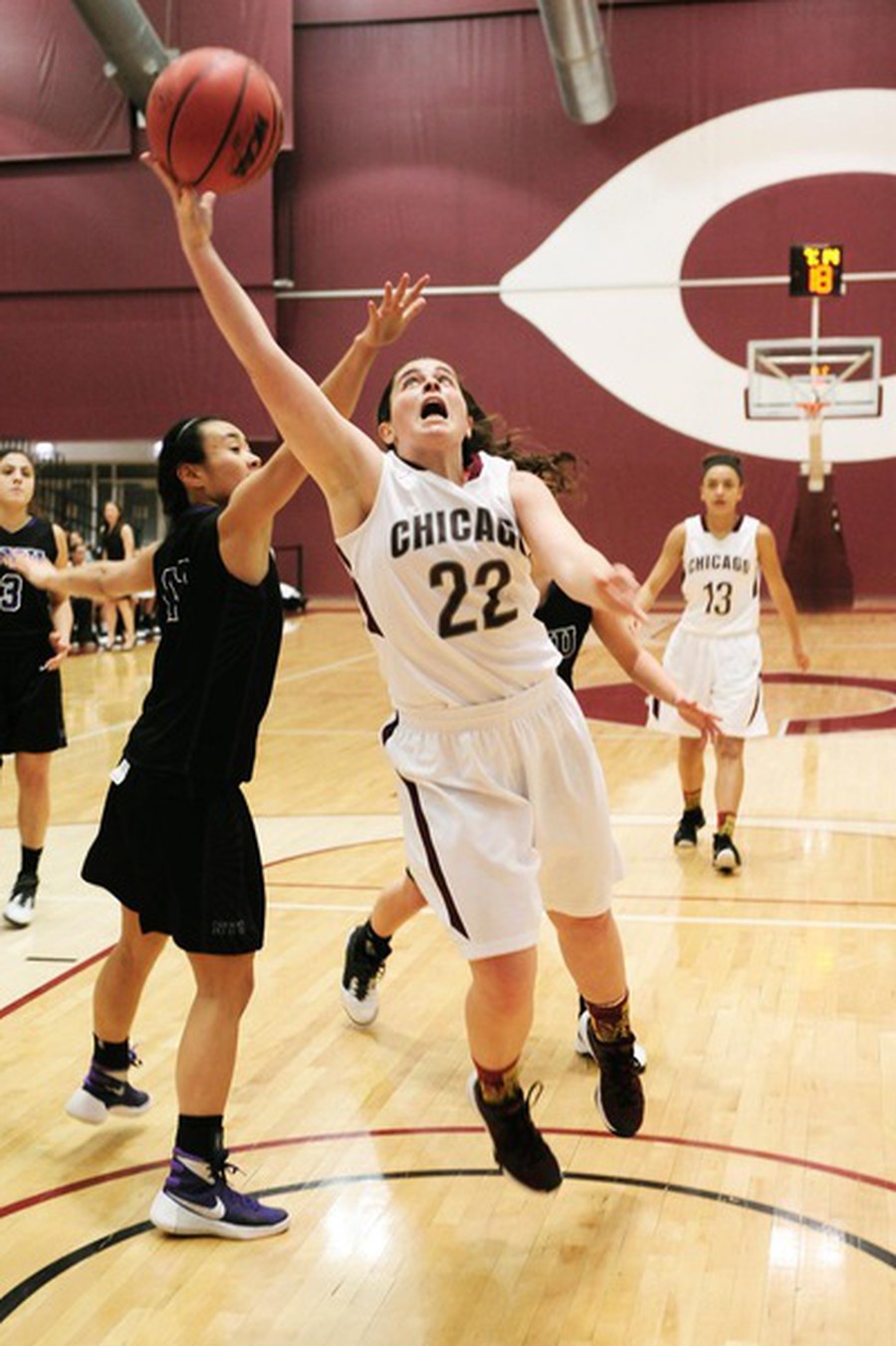 Third-year Elizabeth Nye goes in for a layup amidst a tough defense.

The Maroons will hope to build off of their steady conference success this weekend as they head into the back end of the UAA schedule. With a record of 5–2 in the conference, Chicago once again finds itself tied for the top seed in the UAA. At this point, the squad is deadlocked with both Rochester and Wash U for the pole position. Now, the Maroons will return home to face off with Case Western Reserve and Carnegie Mellon, the same teams that they played last weekend on the road. A pair of victories this weekend could go a long way toward creating separation with the rest of the field.

On Friday evening, the squad will welcome the Spartans of Case Western to the Ratner Athletics Center. Just a week ago, these two teams met in Cleveland and the squad fell to the home team by a close margin of 80–78. Despite a strong performance, the Maroons blew a sizeable late lead after allowing their opponents to score 31 points in the fourth quarter. In order to overcome the potent Spartan attack, the Maroons will need to bear down on defense and force turnovers like they have for the majority of the year. Coming off of a loss to Wash U, Case Western enters the game with an overall record of 11–7 and a UAA record of 3–4. They will undoubtedly be hoping to avenge their recent defeat and make some headway in the conference standings.

“The game against Case is going to be a real test for us,” said fourth-year guard Stephanie Anderson. “We need to bounce back, play our game, and avoid falling into the same traps as last time. We have had less than a week to prepare, but we are confident in our scheme and ready to go out and compete.”

Then on Sunday, the Maroons will take on the Tartans from Carnegie Mellon in another UAA rematch. The Tartans enter the weekend ranked 20th in the nation. They also come in with a conference record of 4–3 and an impressive 15–3 overall mark. Yet, in the matchup last Sunday, it was the Maroons that emerged victorious. The Chicago defense was able to shut down its opponent’s prolific scoring threats. Then, riding the career-high 25-point scoring performance from fourth-year forward Britta Nordstrom, the squad was able to cruise to an easy 20-point win.

Come Sunday, the Maroons will look to match their recent performance and sweep the Tartans for the first time since 2015. In order to do so, the Maroons will need to once again contain Carnegie’s dominant fourth-year players. Notably, a pair of Tartan seniors together average over 43 points per game, but Chicago was able to hold them to well under 30 points as a pair in the first meeting.

Anderson is excited about the matchups this weekend, saying, “These games set up a really big opportunity for us. We are looking forward to playing these teams for the second time in two weeks, and are confident that we can hold onto the top seed in the UAA.”

Chicago takes on Case Western Reserve this Friday at 6 p.m. at Ratner Athletics Center. Then on Sunday, Chicago will host the Tartans from Carnegie Mellon at 2 p.m. The Maroons are hoping to earn a pair of victories and retain their top position in the conference.