"A Wonder in My Soul" Has Big Heart and Bigger Hair 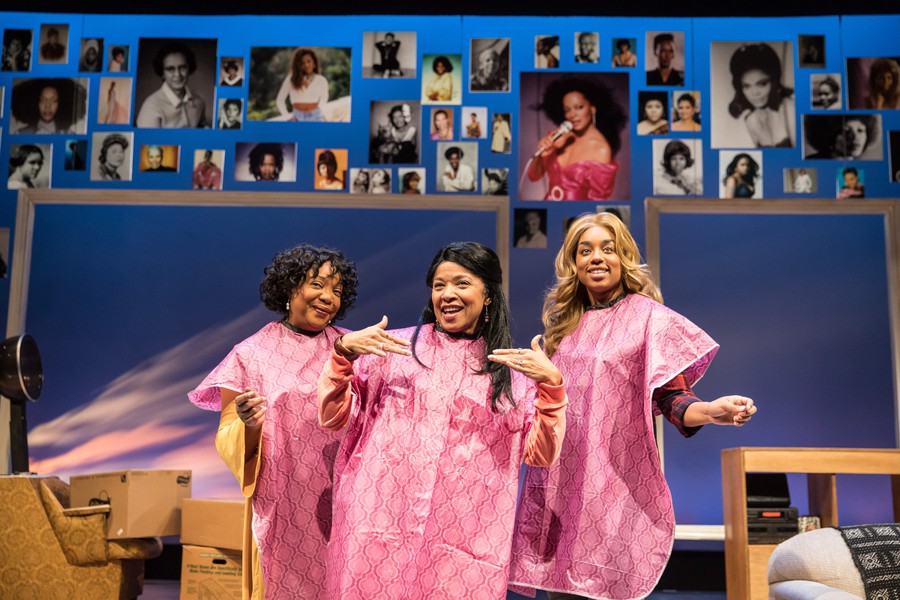 Now through March 12, Victory Gardens Theater is showcasing the world premiere of A Wonder in My Soul, a loving tribute to Chicago’s South Side. The show—to both its advantage and detriment—has a bit of everything. Blending a touch of song with poetry, history, politics, womanhood, and lots and lots of hair, A Wonder in My Soul is an enthusiastic piece of theater and a well-crafted ode to female friendships.

According to Victory Gardens’ artistic director, Chay Yew, playwright Marcus Gardley wrote Wonder to “give passionate voice to a community that has been largely overlooked,” spotlighting racism, poverty, and gentrification. The play, set in the moments before President Obama’s 2008 election, zooms in on a very personal account of the interconnected lives of several black women. Bell and Birdie, lifelong friends and co-owners of a hair salon, struggle to keep up with rent, but through their dedication, they bring priceless culture to their community. Gardley dives into their dreams and day-to-day challenges—doing so proudly, and often musically, to guarantee that his main protagonists will not be overlooked.

The audience first meets the charming Birdie—real name Aberdeen Calumet, stage name “Songbird.” A former singer, Birdie brings song and wit to the stage, earning laughter with her spunky independence and intense fear of germs. (At the salon, she gets paid to touch people, not to have people touch her.) A fast talker with a sensitive side, Birdie brings inner healing to the salon patrons, teaching them to love their hair and themselves.

Meanwhile, the true hair aficionado is Bell Grand Lake (Jacqueline Williams), Birdie’s softer but no less clever partner. Bell gives hairstyles to her most frequent client, the extravagant wife of a pastor who simply goes by “First Lady” (Linda Bright Clay). Bell is a deeply caring woman with a fierce love for her two children (played by Jeffery Owen Freelon Jr. and Donica Lynn), her clients, and her community. Williams and Oglesby command the stage together, often bursting into spontaneous harmony and enlisting their friends into improvised choreography with pink hairdressing capes. The result is a humorous and sincere presentation of black womanhood.

There are many other successes along the way. First Lady, for example, is always a delight. A shamelessly bougie, tracksuit-wearing Republican, First Lady quips about the real estate potentials of the salon’s block with a memorable line about how “once a Trader Joe’s moves in, so will the white people.” Normal Beverly (Camille Robinson) is First Lady’s recently hired personal assistant, a frazzled woman in her early 20s who is pregnant with twins (and bearing a perhaps intentional resemblance to Beyoncé). These moments solidify Wonder as a distinctly comedic semi-musical production and certainly win the audience over.

The show’s multitudinous storylines only really tangle when turning to Bell’s children, Lafayette and Paulina. The former is largely absent, on the run from the feds due to some money problems. Very little is said about Paulina; all we know is that she’s a cop and lives with her poet boyfriend. When the narrative finally shifts to focus on them near its conclusion, I already felt the production had gone on a half-hour too long, sabotaging the strength of its own plot.

Wonder’s energetic cast ensures that the show remains a compelling and joyful watch despite some plot stumbles. It poses a broad array of identity questions against an amusing background of the gossip, music, and companionship of a good salon experience.

See A Wonder in My Soul at Victory Gardens Theater now through March 12. Tickets start at $27.