The Reg is a campus landmark, but that doesn’t mean it can’t be changed. 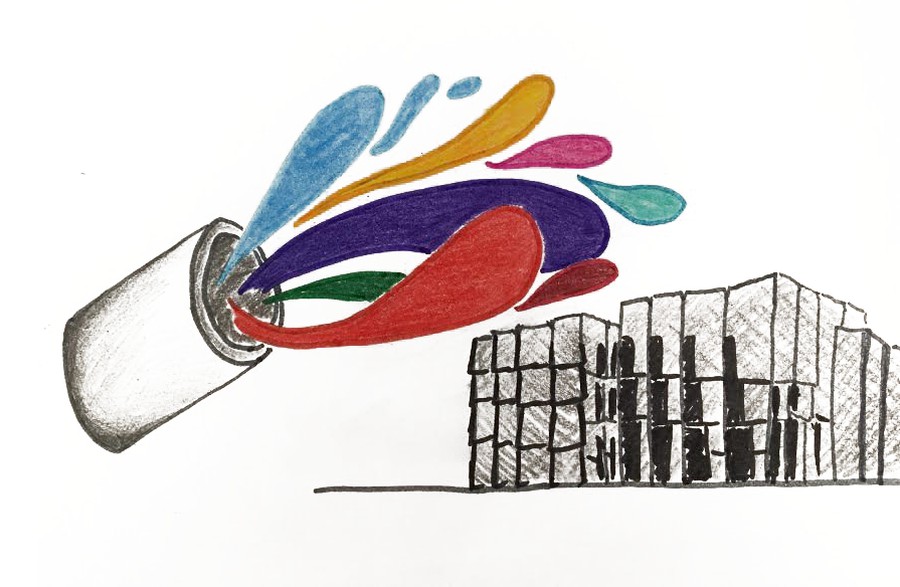 After the finalists for the Uncommon Fund had been narrowed down, one project stood out as particularly uncommon. With the ultimate goal of creating a bounce house replica of the Regenstein Library, this bizarre proposal seems especially unlikely to become a reality. While the possibility of a bounce house Reg is a long shot, the proposal still reflects a serious underlying issue relevant to everyone on campus. As a space where students spend hundreds of hours, the Reg is overwhelmingly sad. Whether it’s the flood of neutral tones or the palpable tension stemming from the imposing silence, the Reg is not known for elevating moods or inspiring motivation. The bounce house Reg represents a fundamental antithesis to the actual Reg. Unfortunately infamous for being the site of many failed academic dreams, the Reg needs to be reimagined as more than just a soul-crushing study space.

In a recent article, the Reg is presented as a hallmark building and a hub of academic life, something for students to be proud of. However, it is important to note that the designers of the Reg purposefully created an “inanimate” building. As a product of Brutalism, the Reg stands as a stark reminder that life is brutal. As an inanimate space, the Reg represents a boundary between life and work, truly separating the two.

While it’s not necessary for a library, or any study space, to be as fun as a bounce house, that doesn’t mean it should be known primarily for inducing misery. Therefore, there must be some way for the Reg to become a space that represents something less morbid. One possibility is simply to destroy the Reg. While drastic and much more unlikely than even a bounce house Reg, I fully support this measure. Brutalism is dead, and a replacement could reshape what it means to simply do work. Similar to how the Mansueto Library is enveloped in natural light and thus is a less gloomy place to work, a new Reg could provide a space where sitting down to work isn’t actual suffering. Literally any design that’s not the current design could accomplish this task.

For a less drastic idea, the inside could be remodeled to include brighter colors, providing some break from the monotonous shades of beige. Whether it’s changing the carpets, which, at times, resemble vomit, or finding some way to decorate the absurd amount of bare concrete, any change would be welcome. While a number of other less depressing study spaces exist all over campus, the Reg is still one of the largest centers of academic activity. Any change, no matter how small, to make the Reg less dreary feels necessary.

While the Reg will never be as fun as a bounce house, it could at least not be as melancholy as it currently is. As a remnant of Brutalism, the Reg stands as a stripped-down concrete monstrosity. There is nothing exciting about the Reg. There is nothing fun about the Reg. While I’m sure the University has plenty of other priorities, if no changes are made, it’s time for the Reg to become a less regular part of the UChicago experience.