Despite talk of the “liberal bubble,” conservatives have a lot to learn about the opposing side too. 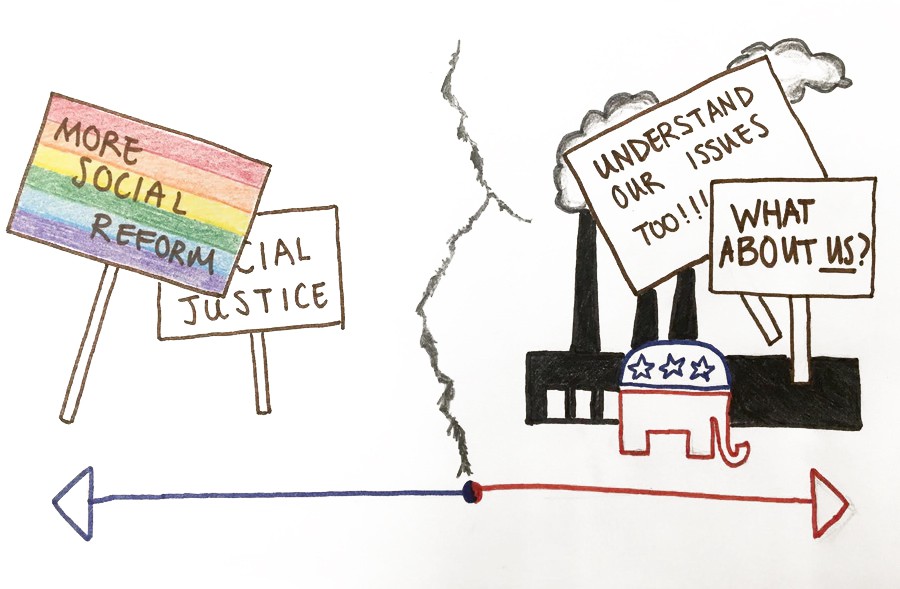 Earlier this week, I was lucky enough to see J.D. Vance on campus at an event sponsored by the Institute of Politics. He’s the writer of Hillbilly Elegy, a book that, in part, joins the chorus of voices calling for an understanding of the demographics of white, postindustrial poverty. The book preceded the election of President Donald Trump and now seems to be representative of many of the themes harped on in the election. Throughout, there was a general sense that we (read: college educated, often “coastal elites”) needed to try to understand the other side. The onus is on the left to try to understand the underemployed, angry, and sometimes backward views of these economically disadvantaged white people.

The theory of the “liberal bubble” assumes an asymmetric flow of information, where the left remains ignorant of “real Americans.” Particularly odd about this theory is that there is no call for the people whom Vance, and many politicians, are so concerned with winning the votes of to learn about the left and the struggles of more overtly disadvantaged groups. While I can sympathize with the economic downturn that has occurred in certain mostly white areas, I also firmly believe that it is not the responsibility of the oppressed to meet their oppressors halfway.

To elaborate, the bigotry perpetrated by the right is often contextualized under the guise of economic necessity. The logic goes something like this: Manufacturing and other industrial jobs have gone away and it must be immigrants who have stolen those jobs. There is an assumption among these blue-collar white voters that focusing on perceived social progress and diversity is a waste of time, distracting from the more tangible decline of manufacturing and other jobs.

White working-class voters are upset, and the information that many of them receive plays into this narrative. What nobody from either side of the mainstream political spectrum seems to be willing to say is that it is not immigrants who are taking jobs, but rather the unstoppable forces of globalization and mechanization that have caused the economic downturn for these communities. Confronted by an electorally uninspiring reality, even Democrats are reluctant to articulate that these jobs will likely never return. The erosion of labor unions, as well as longstanding tax policy explicitly favoring the wealthy, has contributed to an environment that allows for worker exploitation (including the hiring of undocumented immigrants and the outsourcing of the few manufacturing jobs we had).

This is not a complicated economic analysis by any means. If profit is allowed to win, then companies will shift to the ways that generate the most profit, most often away from human workers whenever possible. But this is not the narrative that reaches people through Fox News or Breitbart. Instead, the left is blamed for caring too much about “soft issues” centered on social justice, apparently indicating a lack of understanding of the poor white workers struggling in these post-industrial areas.

Surely the left can do more to understand the plight of these disenchanted whites, but it should be noted that economic and political disadvantages are nothing new to oppressed groups. The government, for example, has regularly enforced statutes that allowed for discrimination against and termination of an employee based on their sexual or gender identity. Regressive policies have continually maintained a political and economic dominance reserved only for white, straight males. Add internalized, often unconscious biases, and these more formalized forms of domination increase in scale. So this call to understand a group of people who have benefited so greatly from society’s biases is a slap in the face to every marginalized individual who has been denied a job on the basis of something they can’t control, while also dealing with societal bias thrown toward them.

This is why the onus is not on a political movement, the left or the right, but rather the people who have benefited from society’s structural biases to understand and ameliorate the issues that exist today. If you are lucky enough to attend this university and your identity has presented little to no roadblocks on your path to getting here, fight for those who need it. Learn to sympathize with people who face domination or oppression. Do this because it is right, not because you are looking to get something from it. You have been given an extraordinary opportunity to better yourself—make sure other people can do the same.