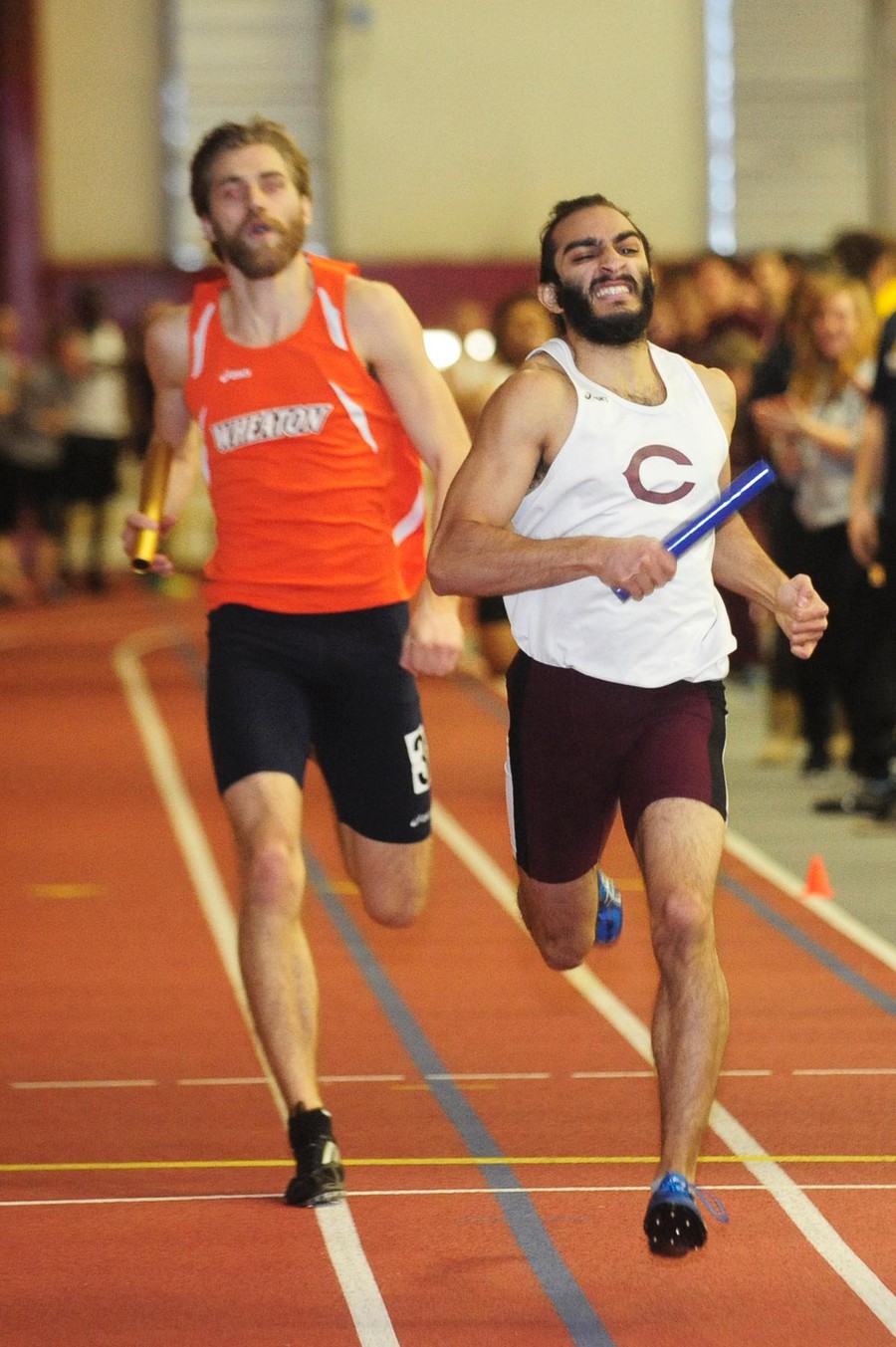 Fourth-year Jatan Anand sprints past his opponents and towards the finish line.

The Maroon men and women of the indoor track and field squad will travel this weekend for their last meets of the regular season before National Championships. Both the women and the men will take part in two meets this weekend; both on Friday at the Carthage Invite and Saturday at the UW – Stevens Point Last Chance Meet.

This weekend represents the last opportunity for any of the athletes to qualify for nationals, thus the Maroons will race a split squad this weekend to provide ample opportunity for individuals to qualify for that meet. The decision of whom will race where is dependent on which event will be the most competitive where and thus making it more conducive for qualifying. The better the competition around the Maroons, the better they seem to do.

The South Siders have excelled all season when up against the best competition, rising up to the occasion when racing the best athletes. This attribute bodes well for the chance of qualifying this weekend as there will be added pressure with the last chance meets. All week the squad has been running its best, in order to knock off fractions of a second here and there.

“We’re all pretty excited as the team gears up for nationals. We had a pretty good meet as a team last week at the Association’s meet,” said fourth-year Will Kingan. “We’re trying to carry that momentum forward as some of us try to qualify for nationals and the rest of us are looking forward to the outdoor season which begins in only a few weeks.

Coming off a strong showing at the UAA conference meet, the Maroons are feeling good going into this weekend. Many individuals will look to top their best marks in order to qualify for the ultimate competition. While a few Maroons have already qualified for nationals, there are a few athletes who came up just short this past weekend and are looking to improve on their best times.

One event that Kingan believes could possibly qualify for nationals this weekend is the men’s distance medley relay. To do this, they’ll have to knock off between three and six seconds off their season best, but as they ran it together for the first time last weekend, there’s a strong chance for them to qualify.

The Maroons are hoping to continue to ride their successful season into this upcoming weekend, as well as into nationals. While many of the athletes are still looking to qualify for nationals, they’re also beginning to look forward to outdoor season which will provide ample opportunity to improve. Second-year Grace Penders spoke to this notion.

“UAAs was an incredible meet for the team; the women’s team won second and the men’s narrowly took third. Now we’re excited to continue our success at nationals and into the outdoor season,” she said.

The Maroons will compete at Carthage at 3 p.m. on Friday and at UW – Stevens Point on Saturday at 10:30 am.