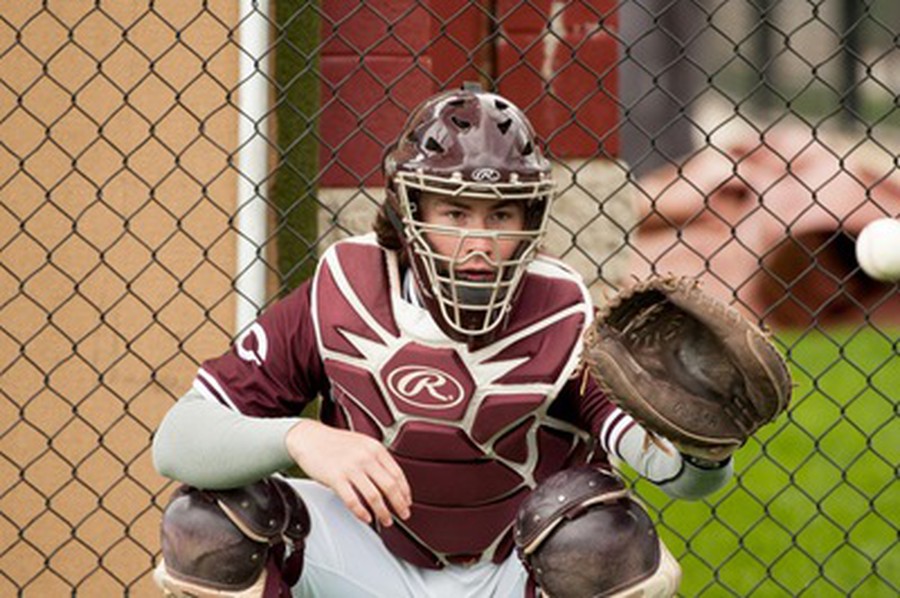 First-year Ian Bohn awaits the pitcher's throw and he keeps his eye on the ball.

This upcoming weekend, the UChicago baseball team will take to the field for the first four games of their 2017 season. The Maroons will travel to Jacksonville, IL, for what will be a very rigorous opening weekend schedule. On Saturday, the South Siders will take on Lawrence and Loras, and on Sunday they will go on to face off against Elmhurst and Illinois Wesleyan.

“We hope to build on the momentum we picked up last year as the season went on and carried into the fall,” he continued. “We’re a very young team, but a lot of guys have a lot of experience, and we know we have to rely on everyone to be successful.”

With the start of the new season, the Maroons will be looking to improve upon some of last year’s mediocre performances. The South Siders finished the 2016 season with an 18–19 overall record. In addition, they finished out the season with a four-game losing streak.

However, despite the disappointing end to last year’s season, the team is going into this weekend’s games with a sense of optimism.

“Our guys are very confident,” said second-year pitcher Joe Liberman, who set the third-best earned run average in the school’s history last year. “We know that we let a lot of games slip away from us last year, but all of the guys have been working very hard throughout the offseason and these last few weeks of practice, and we know we’re ready to take the next step as a team.”

During the 2016 season, the Maroons faced off against three of the four teams that they will compete against this coming weekend. They suffered a 3–0 loss to Illinois Wesleyan but managed to achieve wins against both Lawrence and Elmhurst. The Maroons were victorious over the former with a solid 3–1 win and accomplished an even more impressive 9–3 win against the latter. These victories, along with the team’s attitude, seem to indicate that the South Siders have a very good chance at victory this weekend.

“We have the ability to compete with any team in the country,” Larsen said of his teammates. “And we’re itching to get out on the field and prove it.”