Talking about policy as a matter of “rights” hurts the democratic process. 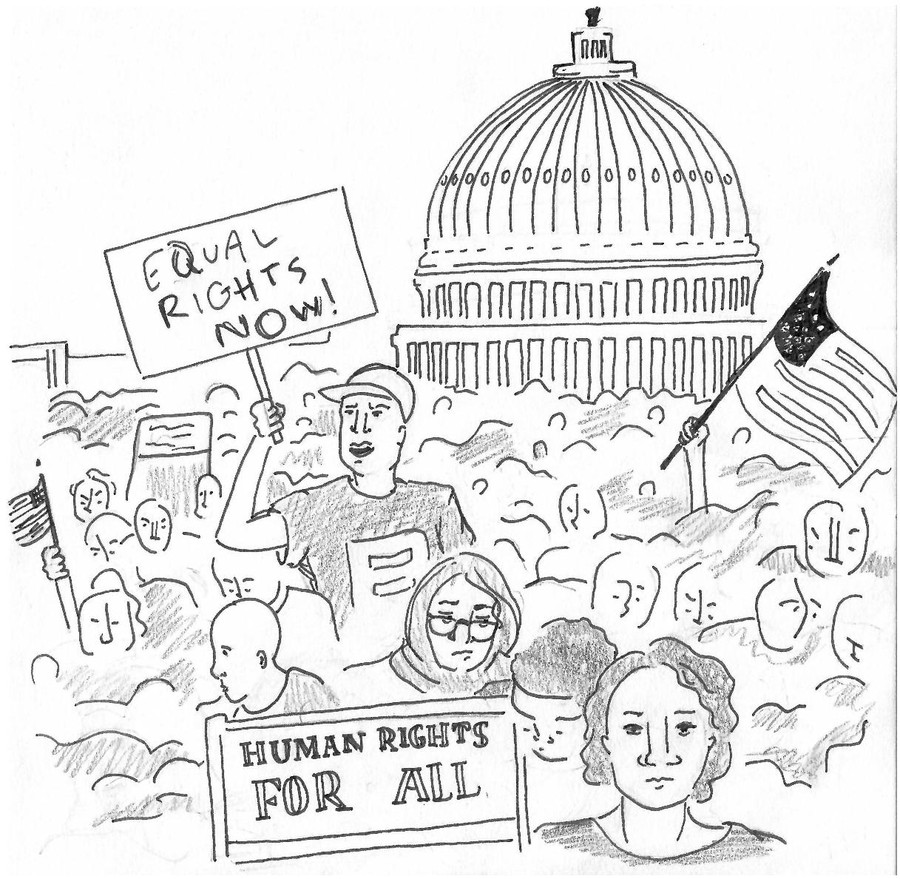 This is not to demean a single one of these supposed “rights.” Each is important (though some more than others). But hastily shoving every plank of the Democratic platform under the umbrella of the inalienable is profoundly anti-democratic. It’s never enough for us to claim that universal health care or a living wage should be enacted because they’re sound policy. Liberal policies have got to be non-negotiable on top of smart; they’ve got to be obligations in addition to sensible choices. Although the difference sounds like one of semantics, it has the potential to further weaken our already eroded trust in democracy.

Ask why a given liberal policy is a “right” and your standard right-itarian will revert to the language of decency. A $15 minimum wage is a right because it would allow minimum-wage workers to reduce their financial hardships. Improved subsistence is itself a right because it would help the impoverished, and helping the impoverished is a good thing, which many among us believe we are obliged to do. Yet such a line of reasoning, if true, only proves the morality of the policy at hand—that it is something we ought to do, not something we must do. The jump from decency to duty is often treacherous and devoid of rigor. A great mistake of campus liberalism is forgetting that final step, and instead supposing that something is a right because it has all the trappings of being right.

It’s not much of an argument, and it doesn’t work: On the contrary, designating policies as rights tends to revitalize their opposition. Arguing that safe spaces are rights for students, for instance, hasn’t exactly convinced incendiary speakers to shut up; on the contrary, it’s led to an outpouring of rage from conservatives and older folks who charge that students are “delicate snowflakes” unable to brook criticism. Quibbling over whether workers have a right to $13 an hour or $15 doesn’t make Trumpers experience a sudden change of heart on labor laws—it makes them revert to a rights-based language of their own: that they have a right to participate in a free market, that small businesses have a right to hone a competitive edge, that states have a right to be “right to work” states, and so forth.

Rights-based policy proposals tend to fail because they invite either derisive laughter or counterattacks rooted in the same language. In squabbling over whether a policy is a right, the merits of the actual proposal are left in the dust, as its opposition changes the conversation to something else entirely, often the topic of liberal fragility. Good policy proposals with noble intentions often fall victim to the arrogance of their own proponents, who might have done better to discard the preaching in favor of more compelling and level-headed research. (Though of course, in this climate, even indisputable facts carry little weight, and a bipartisan consensus on nearly any issue seems a little far-fetched.)

The more serious issue with haphazardly extending the implied sanctity of righthood over policy proposals is its incompatibility with the democratic process. Rights are by their nature non-negotiable. Even when we think we’re not using the language of righthood literally, we are at some level insinuating that the democratic process bears a stain of illegitimacy for attempting to do its job. If you think that universal health care, a $15 minimum wage, free college, universal Internet access, and a pristine climate are all rights, properly understood, then you can’t simultaneously endorse the right of the people to come to a consensus on these issues, because they may very well disagree. (They mostly have.) We’ve suggested that our entire political platform should lie beyond the power of the people to reject, which is tantamount to denying even the right of the people to review.

Democratic governance itself is a reprobate thing to the modern-day liberal when it yields an adversarial result. Consider how we regard our opponents once they’re in power: We say that conservative legislatures don’t just produce bad policy, but also infringe upon our rights. It’s a charge we’d probably repeat in instances where they’ve also abided by the letter and spirit of the Constitution, and acted with a mandate from the people. (Obviously, I refer not to the Trump administration, but to some theoretical body.) This suggests a mass squeamishness with democracy—not our democracy as it exists today in the era of Trump, but the idea in the abstract.

For some liberals, democracy is only good while they have control, and the people can only govern themselves so long as they hand liberals the mandate. That’s not even a qualified endorsement of democracy—it’s just anti-democratic. Hence increasingly disturbing behavior from college liberals: attacks and riots over conservative speakers and a growing disenchantment with free speech being foremost among our liberal lapses. Such a mentality is to be expected in wannabe autocrats, but not in an entire generation in a constitutional republic.