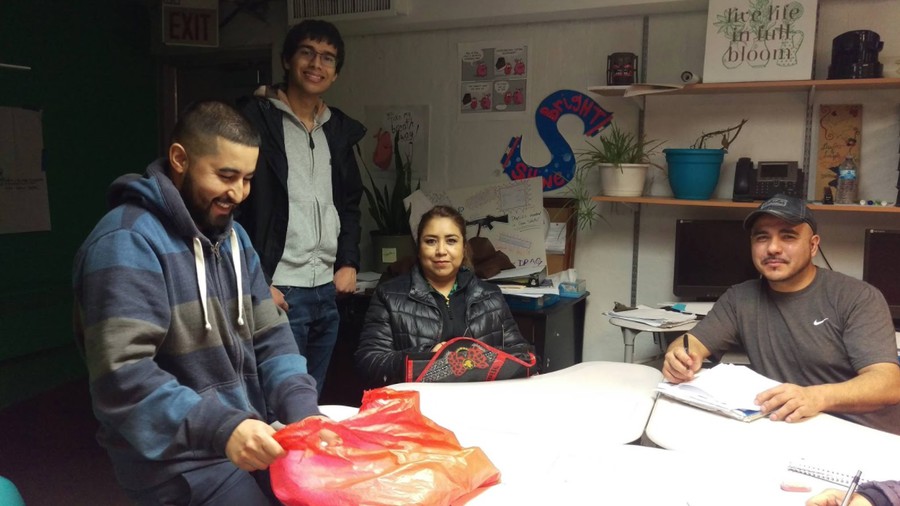 First year Omar Hafiz with the intermediate group after practicing writing with the students.

New Americans, a program that sends University of Chicago students to tutor individuals preparing for the U.S. citizenship test, has experienced an increase in interest since the presidential election.

New Americans tutors weekly at the Instituto del Progreso Latino in Pilsen, where volunteers tutor legal residents in a Path to Citizenship class. On a monthly basis, the program also works at the Erie Neighborhood House, a social services organization that provides workshops for undocumented residents and individuals less far along in the naturalization process.

New Americans President Anna Eckhoff noted a “renewed determination” among program participants since President Donald Trump’s election, and said that residents are increasingly pursuing citizenship in order to be able to vote.

One of the questions on the citizenship test asks why the individual wants to become a U.S. citizen. “Before, responses ranged— ‘I want to be free, I want to be legal for my children, I want to get a federal job.’ But this year, everyone said, ‘I want to be able to vote,’” Eckhoff said in an interview with The Maroon. 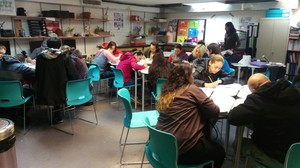 Students work all together, in groups, and individually during each class.

Natalie Denby, who tutors with New Americans, said she noticed a considerable increase in participants during election season.

“There was a major spike in the number of people who were coming to the classes, and who were applying. So there were a lot of people before the election who were trying to get their citizenship in time to vote,” she said, affirming that the surge has continued since the election.

Second-year Danielle Schmidt also observed that the people she works with have seemed more anxious to become naturalized since Trump was elected.

“They’re more eager now to become citizens faster, whereas before it was a little bit less of a pressing issue; there wasn’t that fear component involved,” Schmidt said.

Second-year Liam Rossman told The Maroon he was moved by his experience tutoring a woman who attended class with her young son. Although the mother spoke limited English, her son, who was born in the United States, is fluent in English and Spanish, and at school tutors other students in math.

“I would say something and the son would say, ‘Mom, I just had a test on this in history class, you know what it is, we studied for it together,’ so they were kind of bonding over this shared American experience. And even someone who didn’t speak all that much English was still very much an American,” he said. 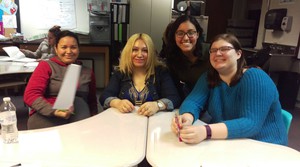 Schmidt said that her background in public policy has made her concerned with what she views as an often outdated and unnecessarily complicated bureaucracy for obtaining citizenship.

She emphasized the length and complexity of the N-400 citizenship application form, and listed problems with the interview process, which she believes also needs to be revised.

“Officers have leeway to ask questions with double negatives, or just confusing statements. So I think a lot of those need to be streamlined and clarified, so that there’s fair opportunity,” she said.

New Americans applied for RSO status this year, primarily in order to be able to use the community service van. They currently rely on Uber for transportation to and from their volunteering locations. Their application was denied, and they will continue to receive funding from the IOP. According to Eckhoff, they plan to apply again next year.

Editor’s Note: Natalie Denby is a columnist with The Maroon.