According to attendees, the convention was noticeably more unified than last year's. 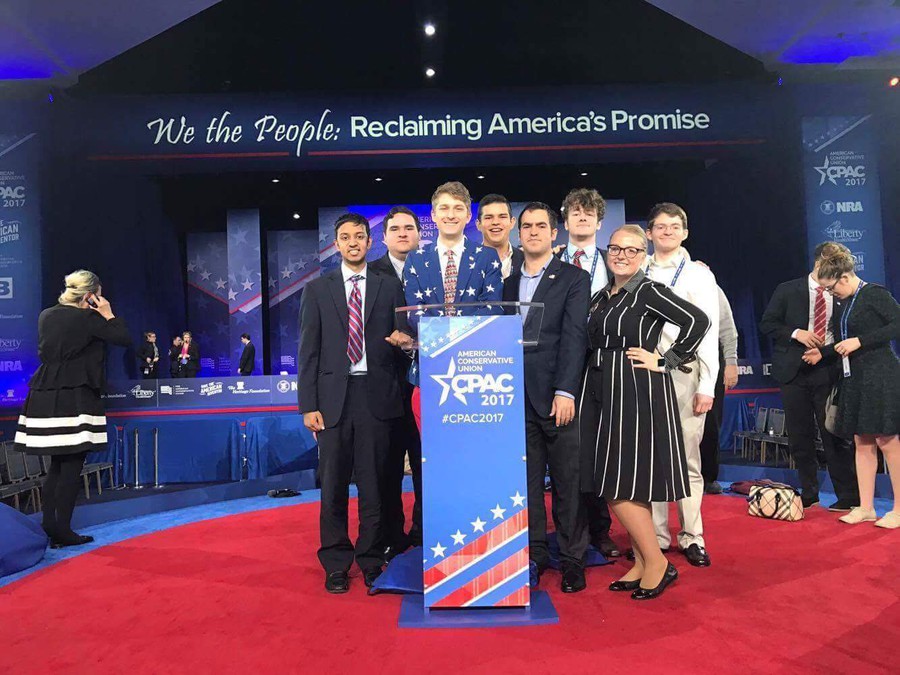 Members of UChicago College Republicans who attended the Conservative Political Action Conference (CPAC) this year described the conference as a display of conservative “unity.” The trip last weekend was subsidized in part by Student Government and the Institute of Politics.

President Matthew Foldi said that it was the fourth or fifth time he attended the conference, but it was the first without Obama as president. Members of the College Republicans attended last year, but Foldi has been attending since high school.

Foldi left for the conference a day earlier than other College Republicans members, who left on February 23 and returned on February 25 because of class schedules.

“Last year, it was extremely hectic because the presidential election was in full swing, and each of the candidates were making pitches for why they should be the Republican nominee,” Foldi said. “This year, with the new president, it was interesting to see how it was less overwhelming.”

In 2016, there was a lot of bitterness expressed toward Trump that was not present this year, Foldi said.

Last year, Trump dropped out of attending CPAC the day before he was scheduled to speak. The CPAC organization tweeted on March 4, 2016, that they were “very disappointed” by Trump’s decision, which they said “sends a clear message to conservatives”.

Second-year Michael Sitver said he agreed with Foldi about the tonal shift.

“There was a new unity,” Sitver said. “Even people who weren’t fans of Trump were very grateful for the fact that Trump lifted the party on his coattails and helped bring the party back to a level of prominence we haven’t seen in a long time.”

“Last year, it felt like there was a dichotomy between the Trump people and the anti-Trump people, and this year it was more chill because there wasn’t that tension,” Smith said.

Since there is less divisiveness within the conservative sphere post-election, networking at CPAC was friendlier and more accessible than in 2016, Smith said.

Foldi said that there was a strong push by Breitbart News to pivot their organization toward the mainstream. Breitbart journalists moderated several panels, Foldi saw.

“I was glad to see that there was a panel called the ‘Alt-Right Ain’t Right,’” Foldi said. “I was very heartened to see the very forthright condemnation of that because for some people there’s somehow a conflation of that with actual conservatism.”

Foldi said that this message was corroborated when white supremacist and Chicago alum Richard Spencer was kicked out by security. He added that he was optimistic about the conference as a whole.

“There was a lot more unification in terms of positivity than in previous years, when the focus has been that they disagree with what Obama has been doing,” Foldi said. “This year, the general trend was that people are happy that there is someone in office with whom they are more likely than not to agree with.”

Foldi was interviewed at CPAC in a NowThis video that has been watched hundreds of thousands of times. He suggests that many Trump supporters on college campuses choose not to tell anyone they voted for him out of fear of being “ostracized.”