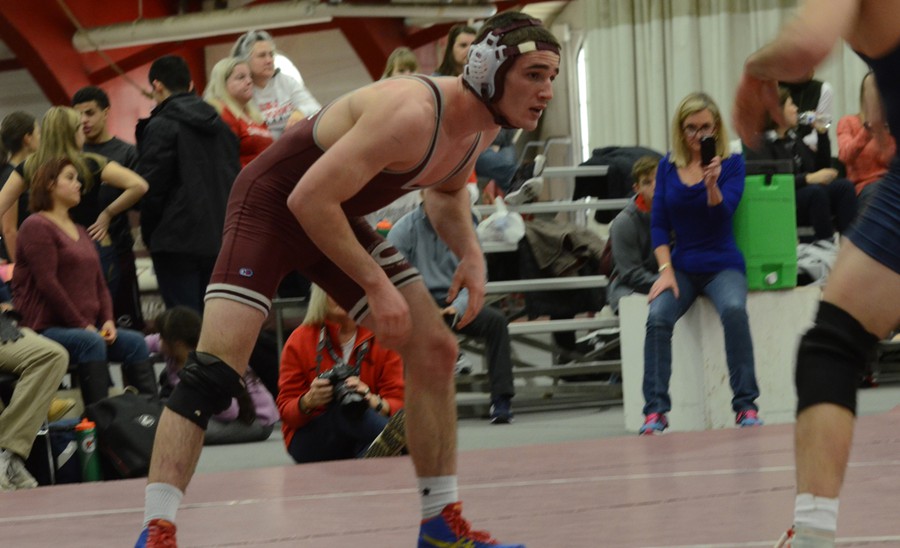 This coming weekend will mark the end of the DIII wrestling season, and UChicago will be there to see it. This year, the Maroons have managed to qualify one wrestler to participate in the NCAA Championships. On March 10, he will travel to La Crosse, Wisconsin to compete.

The Maroons are coming off of a fairly solid performance in the Midwest Regional two weeks ago. The South Siders sent eight wrestlers to the meet. On the first day of the meet, four Maroons managed to qualify for the semifinals: Kahlan Lee-Lermer, Paul Papoutsis, Jason Lynch, and Steve Bonsall. This was especially exciting given that only one of those four wrestlers had been seeded to make the semifinals.

In addition, their first-day performances gave each of the four wrestlers an opportunity to qualify for NCAAs; the top three wrestlers in each weight class at regional meets automatically qualify. Each of them put up an admirable fight, but in the end, it was only Bonsall who managed to qualify. The first-year achieved a third-place finish in his 157-pound weight class. Overall, the team as a whole finished in eighth place out of sixteen teams. Wabash ended up taking the crown.

Although sending only one wrestler to the meet might seem like a small accomplishment, it is actually fairly solid by UChicago's standards. Out of the last four seasons, UChicago has only sent a wrestler to half of them and has not sent more than one. The last wrestler that UChicago to the NCAA championships was current third-year Devan Richter in 2015.

Bonsall seems to be going into the upcoming championship weekend with a strong sense of focus and lots of preparation. In addition, he also seems to have the support of his whole team behind him.

"For the past few weeks my coaches and teammates have worked hard to sharpen my skills and improve on mistakes made in the regional tournament," Bonsall said. "I've done all I can to prepare for this weekend (involving countless hip drops) with my teammates helping me every step of the way," he continued.

In his first match of the meet, Bonsall will face off against Robert Dierna from the State University of New York at Cortland, the number one seed in his weight class. However, in spite of the impending matchup against a fierce competitor and being UChicago's only representative in a high-stakes meet, Bonsall doesn't seem to be letting the pressure get to him.

"I hope the hard work and effort put into my improvement these past two weeks brings some promising results," he said. "Win or lose, I'm very excited and looking forward to having the opportunity to represent my school at such a high level," he concluded.

The NCAA Division III Championships will take place at the University of Wisconsin-LaCrosse campus on Friday and Saturday, March 10 and 11. Sessions will begin at 11 a.m. on Friday and 10 a.m. on Saturday.