Man Barricades Himself in Apartment on 62nd

Stand-off with police lasted for more than five hours. 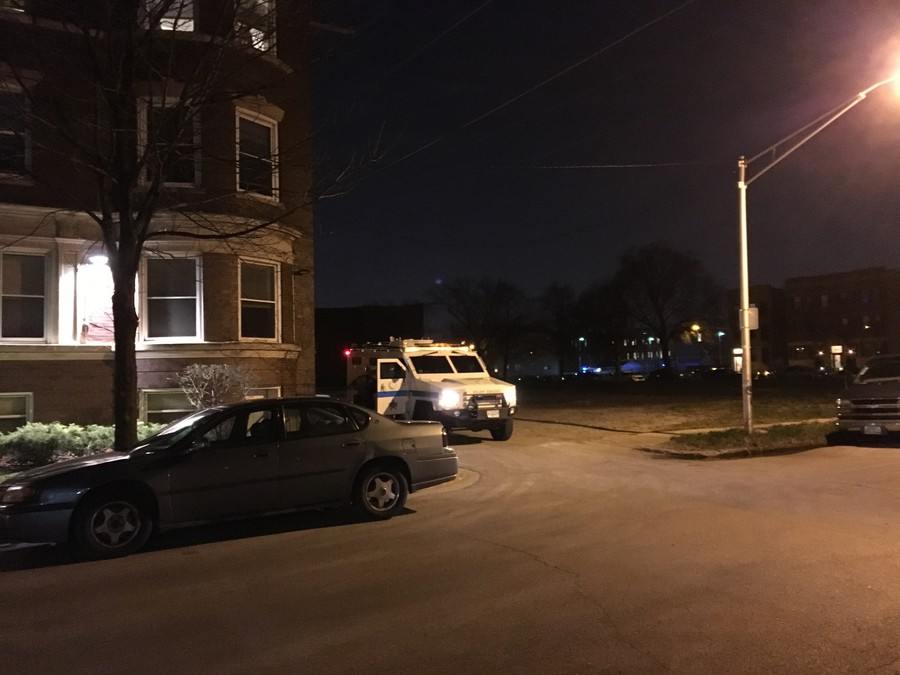 As of 11:45 p.m., Chicago Police Department (CPD) officers have left the scene on 62nd Street and Ellis Avenue, where a man barricaded himself in an apartment this afternoon.

A SWAT team was dispatched to the scene a little after 5 p.m. Tuesday. A police dispatcher said the man was armed with a knife. Police on the scene gave instructions to the man over a megaphone to stay away from the windows and exit the house.

CPD officers were positioned on Ellis Avenue, Woodlawn Avenue, and 62nd Street to block off the area. Ellis Avenue was lined with multiple emergency vehicles, including an ambulance and firetruck. This article will be updated as new information comes available.

According to a University spokeswoman, the UCPD was not called to respond to the incident. When asked why a security alert was not sent to students, she wrote, "[The situation] was resolved peacefully and there was no danger to the surrounding community."

UPDATE 4/12/17: According to an e-mail from the CPD, the man was taken to St. Bernard Hospital for evaluation after exiting the residence.