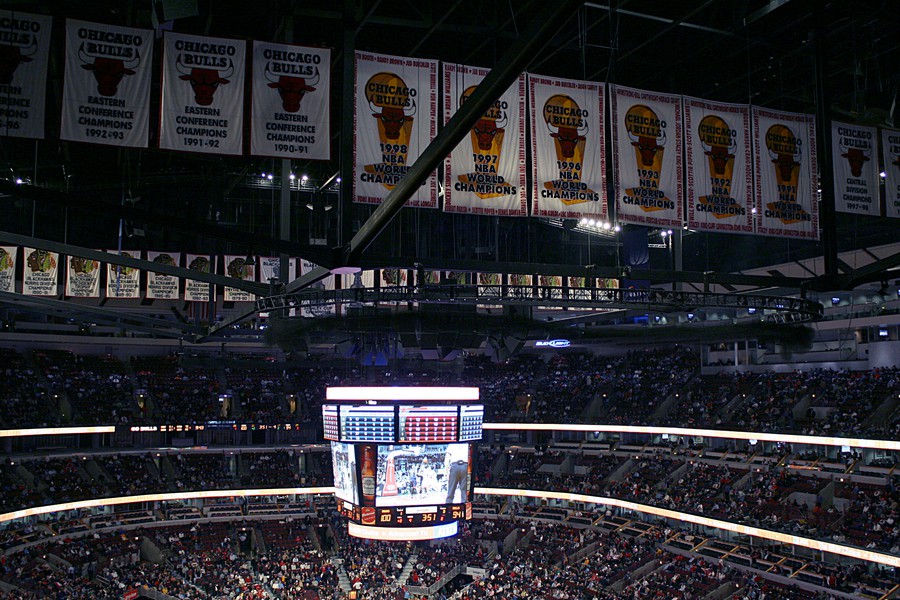 The Bulls are looking to capture their seventh NBA championship.

Tomorrow night, the No. 8 seed Chicago Bulls will tip off game three of their seven-game series against the No. 1 seeded Boston Celtics. The series currently stands at 2–0, which is a result many would not have been surprised to see before the playoffs began. What is surprising, however, is that the Bulls have the lead. Now the underdogs are looking to become just the fifth No. 8 seed to take down the top team in NBA playoff history.

The series started on Easter with a tense match that saw the Bulls emerge from the TD Garden in Boston with a 106–102 victory. It was a back-and-forth affair that saw the Bulls take the lead late in the fourth quarter only to nearly give it back in the game’s final minutes. The key performers for the team were Jimmy Butler (30 points, nine rebounds, and three assists) and Bobby Portis, who had a great night, scoring 19 points on 8–10 shooting from the field. Chicago was also able to overcome a strong performance from Celtics point guard Isaiah Thomas, who put up 33 points of his own.

The second game started off on the wrong foot for the Bulls, as they found themselves in a quick 7–0 hole, but the team responded quickly, retaking the lead and never relinquishing it, despite the Celtics pulling close in a few tense instances. In the end, Chicago emerged with a 111–97 victory, thanks to strong performances from Butler and Dwyane Wade (22 points each) as well as an all-around showing from Rajon Rondo, who tied a Bulls playoff record with 14 assists to go along with 11 points and nine rebounds.

The Bulls’ success thus far in the series has been in large part a product of their dominance on the boards. They’ve outrebounded the Celtics in both games, using their height and size to dominate the paint against the shorter and slighter Boston players. They’ve also received contributions from players up and down their lineup, allowing for a balanced scoring attack that has worked wonders so far.

The tenacity with which the Bulls have come out is surprising, especially since the team barely squeaked into the playoffs with its .500 record. Even if Chicago had been swept out of the playoffs, the season would have been considered a relative success for a team in transition. Now, though, the Bulls have a chance to do something special.

As both teams head to Chicago for game three, the Bulls have a chance to keep a stranglehold on the series. With a home court advantage firmly in their hands, the Bulls would likely be happy to take a split out of the next two games. However, if the team can pull off a sweep and upset the best team in the East, they would establish themselves as not just another eighth seed, but a true playoff contender.