Feachair: The Best Seats on Campus 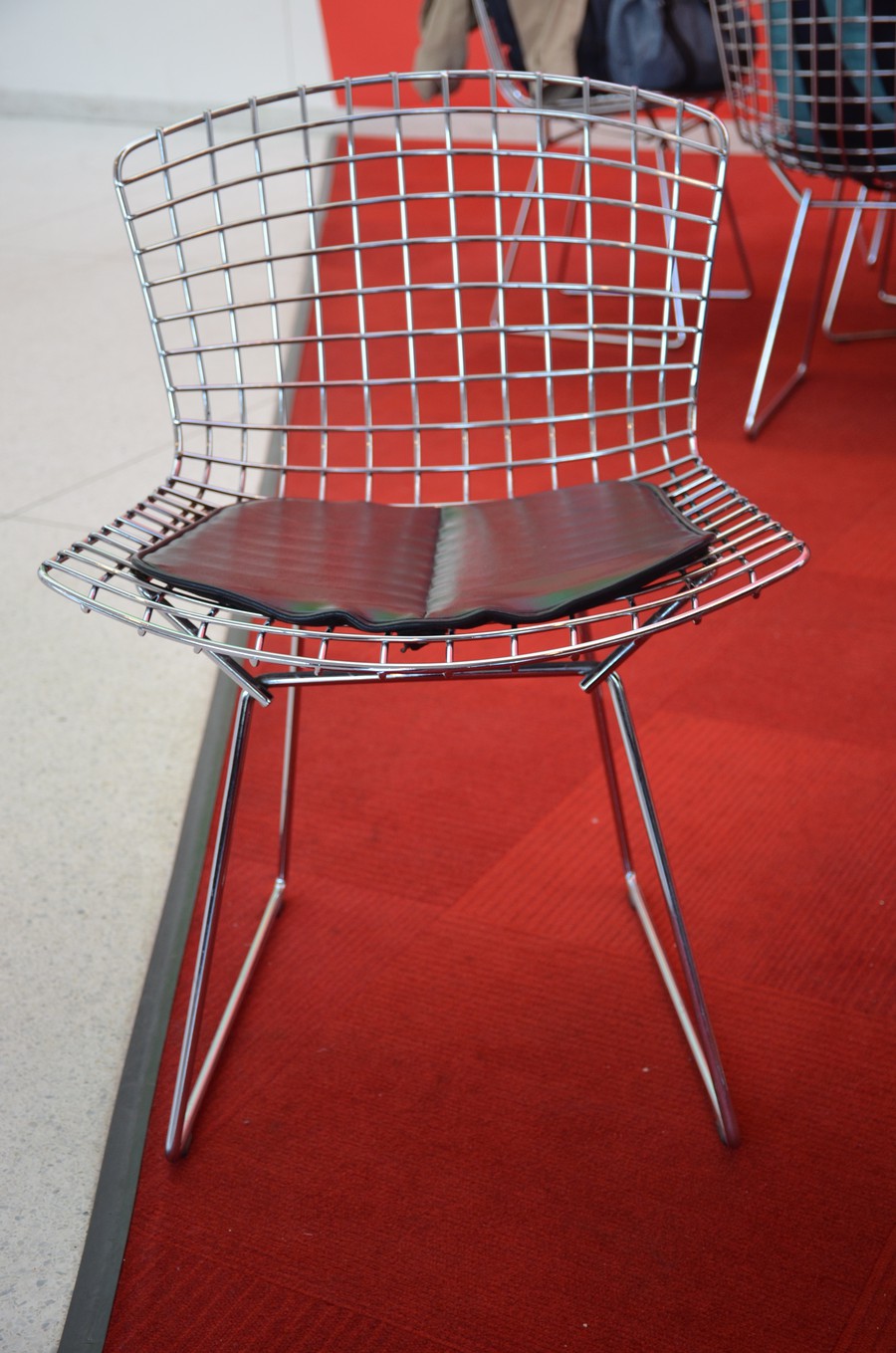 What is a chair? The definition is loose—almost anything can be a chair, so long as it has a seat and a back.

I love chairs. In each of my classes, I have my unofficial seat. I always sit at a desk on the fourth floor of the Reg, and when I find it occupied, it’s like a metaphysical blow that makes concentrating on work impossible. A seat—one’s place—cannot be divorced from the chair itself. It molds your experiences and affects your state of mind in significant, if unconscious ways.

The dorms are stocked with wooden monstrosities whose lean makes lounging comfortably nearly impossible. Bartlett, too, has a subpar collection of chairs, which are simply too large for the tables, while the School of Social Service Administration (SSA) library has quite lovely chairs that are ideal back-cracking height. Throughout UChicago’s campus there are some chairs whose designs are so noteworthy that they merit a catalogue. 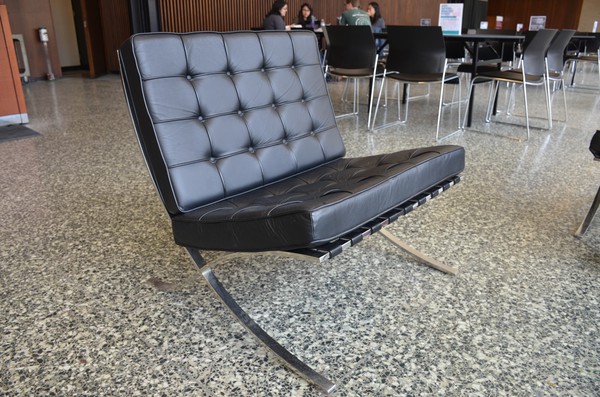 Mies van der Rohe, a highly respected modernist architect whose works can be found throughout Hyde Park and downtown Chicago, is known for his sharp lines and angular constructions. The Barcelona Chair, which Mies designed for the German Pavilion at the 1929 International Exposition in Barcelona, has become the pinnacle of modern and Bauhaus furniture design. Originally intended for the king and queen of Spain to sit upon while watching the event’s opening ceremonies, the Barcelona Chair has since become one of the most recognizable pieces of furniture today. Mies designed the SSA building, so it is fitting that he outfitted its lobby with the only furniture that could ever truly complement its architecture. 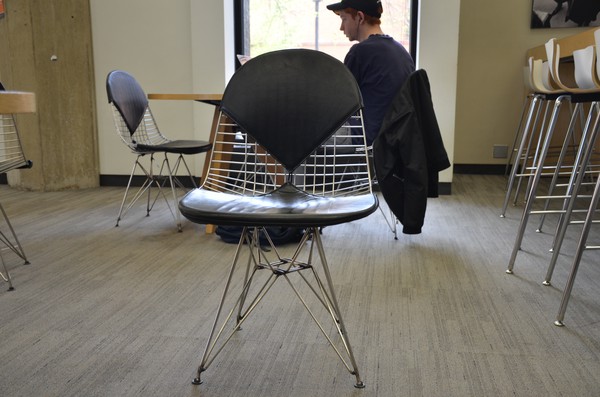 Husband and wife designers and architects Charles and Ray Eames pioneered the mid-century modern movement, and this chair is the ultimate culmination of their work. Perhaps best known for their curved plastic and molded plywood chairs (the latter of which Time called the best design of the 20th century), the Eameses were committed to “design [as] an expression of the purpose.” They sought to balance price with quality while still promoting utility. After perfecting their molded plastic chairs, the couple turned to metal and landed on this wire weave with the same “Eiffel” base as their other famous chairs. 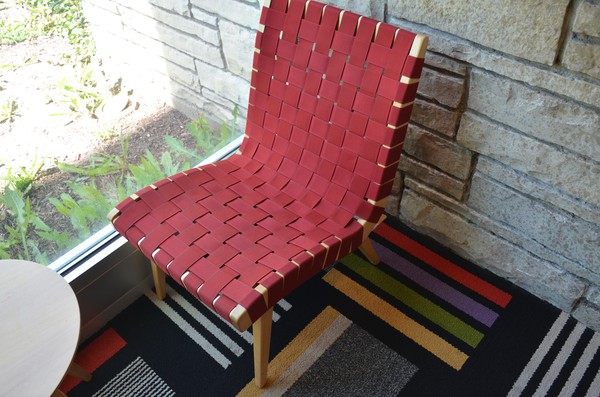 Scandinavian minimalist aesthetic meets American mass production in Danish designer Jens Risom’s lounge chairs. Created in 1943, this chair was originally an example of wartime bricolage, with straps made of parachute scraps. Today, however, the chair’s iconic red basket-weave straps are made from high-quality cotton which allows the chair to expand just enough to make reading Foucault while drinking Plein Air coffee as comfortable as possible. 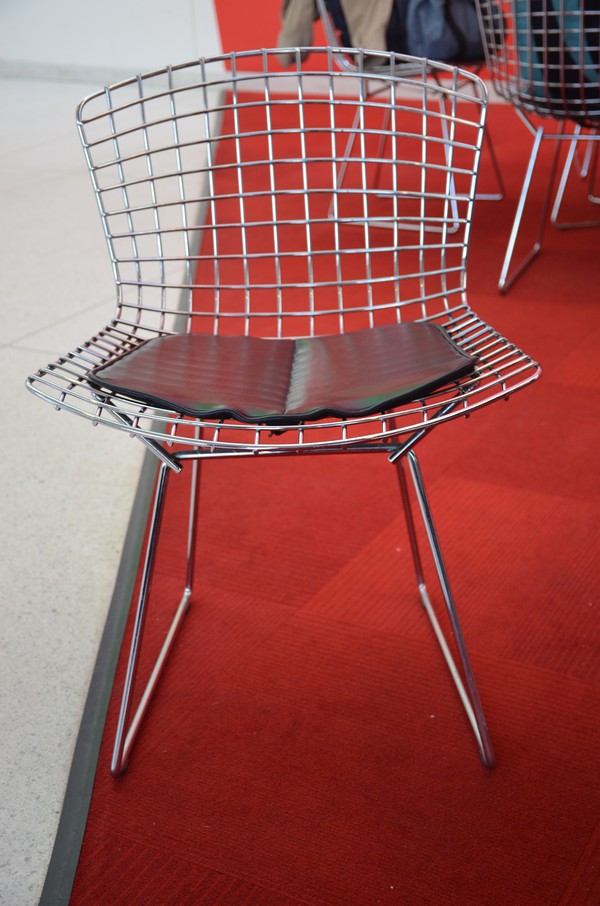 This Italian-born designer’s chair consists of a steel wire seat and back with a minimalist base. This piece is a veritable design feat, having converted industrial wire into the material for one of the most important modern chairs. Harry Bertoia was first and foremost an artist, creating negative spaces and pockets of air out of wire rather than a chair with large empty spaces. Bertoia said about his seating set, “the chairs, they are mainly made of air, like sculpture.”  The artistry of these chairs is echoed in the museum’s current installation, Rose’s Inclination, by Jessica Stockholder. The two pieces appropriate air and negative space as part of the artworks themselves.