It appears that a former captain of the club team filed the complaint to the Office of Civil Rights.

By Feng Ye   and Pete Grieve

When the athletics department announced in January that women’s lacrosse will be added as a varsity sport, it noted that the University of Chicago will have the same number of men’s and women’s sports teams.

What the University of Chicago did not say in that announcement, however, is that it was under investigation by the Department of Education following a Title IX athletics complaint to the Office of Civil Rights (OCR). Title IX is a federal law that, among other things, mandates equal treatment of male and female student athletes.

A months-long investigation into the matter by The Maroon involved inspection of more than 60 pages of documents obtained from the OCR through a Freedom of Information Act request, interviews with current team members as well as the athletics director, and analysis of the roster sizes of men’s and women’s varsity teams.

Many identifiers are redacted from records obtained by The Maroon. One of the e-mails sent from the complainant to the OCR, however, was signed with a first name that is the same as that of a former women’s lacrosse team captain. She did not respond to a request for comment.

The complainant met several times with the athletics department, and they sent some e-mails back and forth. It appeared that the team was making some progress. The person at the athletics department with whom she was corresponding, whose name is redacted in the files, wrote in an e-mail, “I will be in touch as needed through the year. I will also try to attend at least one of your games in the spring.”

When the complainant followed up, the athletics department official wrote back: “This is a major University decision that will take time to unfold. We have taken the appropriate steps to have the appropriate conversations on campus. There is an extensive process that we must undertake to follow proper protocol.”

She reported to OCR that she had a number of meetings to discuss alleged Title IX non-compliance at the University of Chicago. Her complaint alleges that the athletics department acknowledged its non-compliance in these meetings, and told her that it would be remedied. 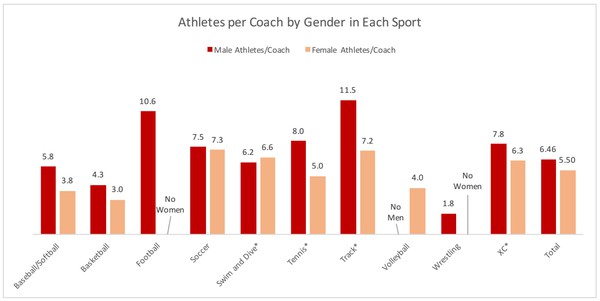 On January 13—five days before the varsity team was publicly announced and before the club team had been made aware—the OCR notified the complainant that the University was creating a varsity team.

“The University informed us that it has finally decided to create a varsity lacrosse team. That, of course, does not resolve the complaint. We need to review the data they will be producing soon, as well as interview the key decision makers,” an OCR attorney wrote to the complainant.

In response to the OCR’s notification of the news, she wrote, “I am speechless. That is the best news I could have ever hoped for. This is going to provide an incredible opportunity to so many young women.”

Fourth-year Alexa Bieler and third-year Katie Mott, senior and junior captains of the team told The Maroon in late January that the women’s lacrosse team’s transition to the varsity level was unrelated to a Title IX complaint. The athletics director also maintains that the University’s decision had no relation to the Title IX investigation.

Erin McDermott, Director of Athletics and Recreation, confirmed that the women’s lacrosse team approached the athletics department during the 2013–2014 academic year. According to McDermott, changes in leadership at the University slowed down the process. These include changes of the Provost, the overseer of the athletics department and the Chief Financial Officer in the past few years, she said.

When asked about Title IX complaint issues mentioned during the meeting, McDermott responded that the complaint was not related to the decision that lacrosse would be varsity. “We knew that a Title IX complaint certainly could happen along the way. But this was a decision that was purely based on a commitment to expanding the program, expanding opportunities for women athletes here at the University and was not at all in reaction to any kind of complaint,” McDermott said.

On the same day that the University announced the team’s transition to varsity, McDermott met with the entire women’s lacrosse team to announce the news. According to a team member who spoke on the condition of anonymity to be able to speak openly, McDermott mentioned the existence of the Title IX complaint and denied that it was related to the decision. “I’m kind of glad that she was open about it, just in case we were worried about it,” she said.

Bieler and Mott have been discussing the possibility of the team becoming varsity with McDermott and Brian Bock, Assistant Athletic Director of Intramurals, Recreation, and Sport Clubs. “They [McDermott and Bock] have been really great about advocating for us and the team, and really keeping us posted,” Bieler said.

The women’s lacrosse team relies on an annual allocation of about $5,000 from Student Government, which was usually enough to meet the needs of the club team, according to Bieler. The new varsity team will require extra expenditure to afford additional travel, a coach, a trainer, and other necessary support. Until it officially transitions to varsity, women’s lacrosse will continue to depend on the annual fund for club sports.

The player who asked to remain anonymous told The Maroon that it is hard for club sports to obtain field time. Unlike varsity teams, club sports do not have access to athletics trainers in the gym. The team used to practice on the side of the Midway and had to line the field with flour because they were not allowed to put paint on the Midway. “That [the transition] is actually happening is very exciting,” the anonymous player said.

Another team member who would only speak on the conditions of anonymity said she thought that the sudden transition to varsity was surprising. Even though she had heard about the possibility of such a transition during her first practice on the team, she did not expect it to happen during her time in college. “At the beginning of this year, when the current captains brought up the potential to become a varsity team, they made it seem like it would be much longer. That [the team became varsity] sort of came out of nowhere, all of a sudden,” she said. To Bieler and Mott, however, the timing seemed reasonable.

The source added that Franklin, the previous senior captain, mentioned the Title IX complaint once during a team practice before she graduated last year. She was confused by McDermott’s denial of any correlation between the team’s transition and a Title IX complaint. “That directly contradicted what we have been told by [Franklin]."

This winter quarter, club lacrosse held three team practices and three individual workouts every week, in contrast to only weekly practices during winter of 2016, she said. “[The team captains] are really stressing that we have to have a good season in the spring, because we’re becoming a varsity team,” she said. “There is no room for relaxation.”