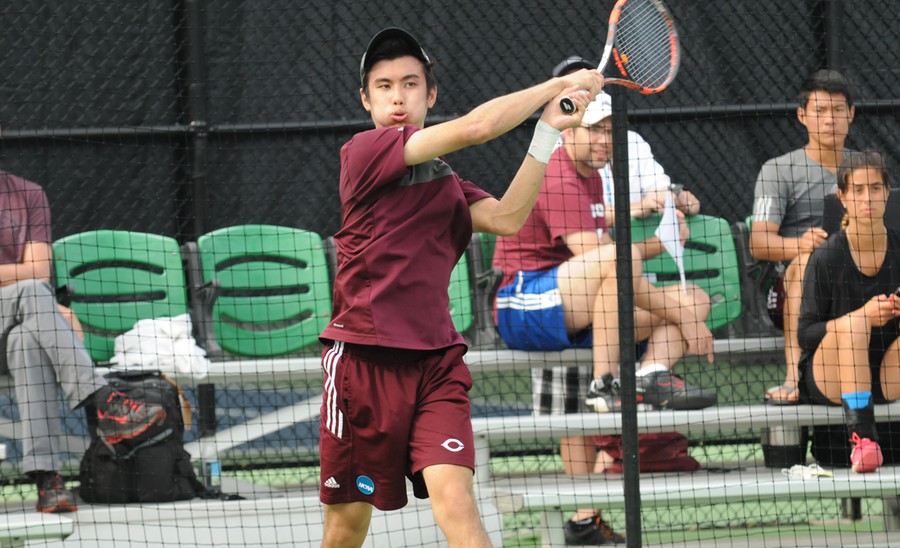 The No. 5 University of Chicago men’s tennis team is back in action this weekend for a matchup with No. 31 Gustavus Adolphus College in its first competition since spring break. The squad holds a 13–2 record, with its only losses coming from No. 1 Emory University in the ITA Indoor Championship Final in February and No. 2 Claremont-Mudd-Scripps in its third of four matches played over spring break. Gustavus’s 19–7 record features a 7–2 loss at the hands of No. 11 Pomona-Pitzer, a team that UChicago took down earlier this season, 7–2.

Last year, the Maroons and Gusties faced off twice during the season, with the Maroons taking home victories in both matches. UChicago beat then No. 18 Gustavus 7–2 during the regular season, winning No. 2 doubles before sweeping singles play. The teams also met up in the third round of the NCAA DIII Championship last May. The then No. 8 Maroons dropped two matches at No. 1 and No. 2 doubles, but handily took four singles matches to secure a 5–2 win over the Gusties.

The Maroons are coming off of a successful weeklong trip to Southern California, where they knocked off both No. 29 Colby College and No. 19 Tufts University with matching 9–0 wins. The squad fell 7–2 to No. 2 CMS before rebounding with a 6–3 victory over No. 9 Williams College. Third-year Nick Chua was selected as UAA Athlete of the Week on March 27 after going 3–1 at the No. 1 singles spot over the break. Chua, who has a 14–4 record in singles play this year, moved up to the top position after third-year David Liu was sidelined with an injury earlier this season.

The Gusties are riding a two-game winning streak, having taken down No. 34 Southwestern University and No. 17 University of Texas–Tyler on a recent trip to Texas. Gustavus faces DePauw on Saturday before its matchup with the Maroons on Sunday morning.

Third-year Bobby Bethke said of the team’s recent training, “Everybody on the team has been working really hard since we got back from spring break. We had a successful trip, but saw that we still have ground to make up on the teams ahead of us. We’ve spent the past two weeks training hard to ensure we’re well prepared for the stretch run of the season, and hopefully that hard work will pay off on Sunday.” He added, “Gustavus is a respected regional team that always competes hard and rolls out a strong doubles lineup, so I think it’ll be a fun match. We’re all looking forward to the match and the opportunity to start the quarter off well.”

The match is set to begin at 10 a.m. at a neutral site in West Bend, Wisconsin. The Maroons will play two more regular season matches on April 15 and 16 against No. 39 UW–Whitewater and No. 6 Washington University–St. Louis before heading to Florida for the start of the UAA Championships on April 21.