“It’s really trying to show an array of skills and an array of language-learning experiences,” said managing editor Madeline de Figueiredo, a second-year in the departments of History and Near Eastern Languages and Civilizations (NELC). 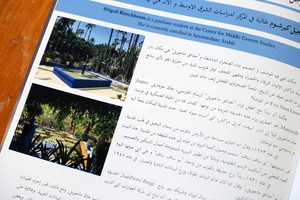 An article by graduate student Abigail Kirschbaum in the Winter 2017 issue.

After receiving a $1,500 grant from the State Department’s Bureau of Educational and Cultural Affairs last year, graduating founders Nick Posegay and Elysa Bryen, along with de Figueiredo, organized the inaugural 2016 issue, which launched this past January. Since then, the leadership team has continued recruiting editors and garnering submissions: articles, poems, photographs, travelogues, academic research, and more. While Arabic culture can be seen as the guiding theme for the magazine, it’s certainly not a requirement.

“We had quite an array of submissions that showed students’ interests. We had one person write about the worst date they’d ever been on in their life. We had another person give a brief summary of what their thesis is—about the history of Oman,” de Figueiredo said.

“Instead of burying your best writing under the stacks of paper that teachers might be grading, you actually get a chance to show it to the campus,” said leadership team member Gabe Davis, a second-year NELC major.

Unlike the 2016 edition, Majalla’s Winter 2017 issue features an even greater variation in layout and content, including several photo collages. 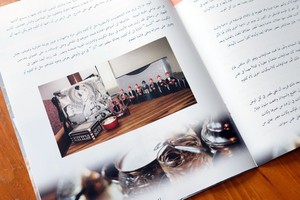 An article by graduate student Richard Nedjat-Haiem in the Winter 2017 issue of Majalla.

“Something that we did differently in our winter edition is that we started adding short bios of all of our authors so that people can contextualize their Arabic level,” de Figueiredo said.

De Figueiredo first embarked on her Arabic-language voyage as a sophomore in high school, where she had previously studied Spanish.

“I wanted to explore this new culture and new area of the world,” de Figueiredo said. “Growing up—seeing all that information in the news about the Middle East and wanting to learn more about current events, and wanting to understand what was happening in that region, [I realized] that the first step in that understanding would be language.” 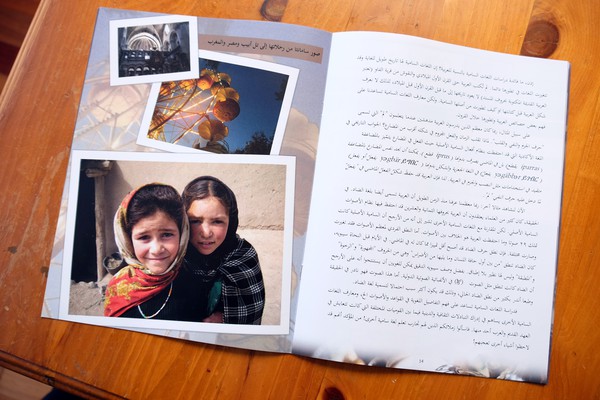 An article by Ph.D. student Hongwei Zhang in the Winter 2017 issue.

Davis, who has been studying Arabic for four years now, recently returned from studying abroad in Rabat, Morocco. He first became interested in NELC when traveling through Israel before his junior year of high school.

“I took a trip in the summer to the Middle East, and I became really captivated with the culture…at which point I called my parents and I said, ‘Mom, Dad, I’m changing my language from French to Arabic,” Davis said.

As the publication continues to develop, UChicago Majalla plans to move toward an interactive digital platform that professors could utilize in Arabic-language classes or present as an extra credit opportunity. The group was denied RSO status this year but plans to re-apply next year.

Copies of UChicago Majalla are now available in the Near Eastern Languages and Civilizations office, the Center for Middle Eastern Studies, and the Language Learning Center. Contact uchicagomajalla@gmail.com with questions or submissions. 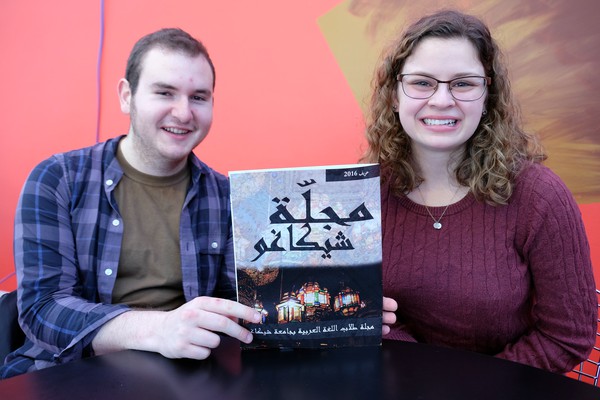 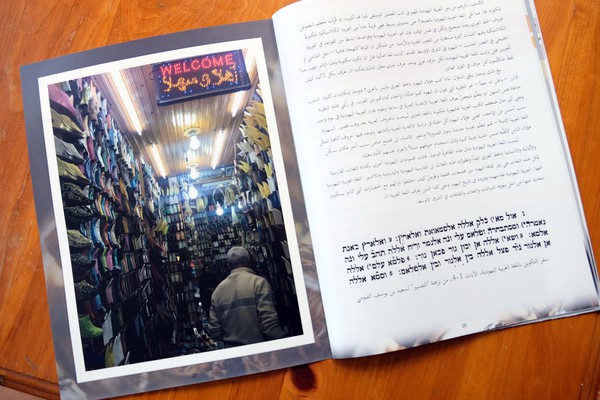 An article by UChicago Majalla founder Nicholas Posegay, now a second-year student at the Center for Middle Eastern Studies, in the Winter 2017 issue. 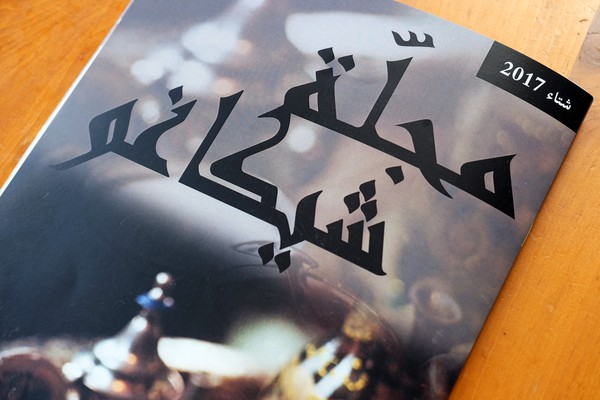 The second issue of UChicago Majalla, the Winter 2017 issue, was released on Monday. 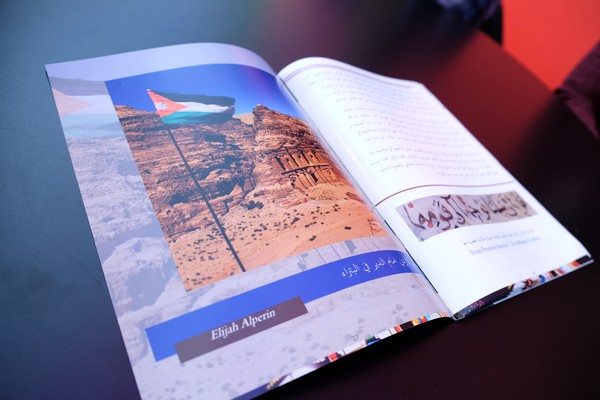 An article by second-year Elijah Alperin in the inaugural issue of UChicago Majalla.

Majallah is looking for submissions through November 7.