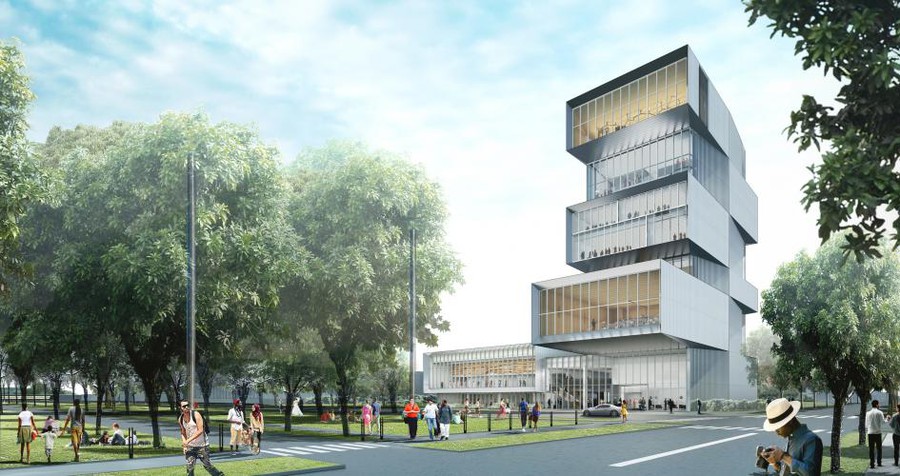 The modified design for the Rubenstein Forum includes several cantilevered floors stacked atop a two-story base, which will feature a restaurant, lobby, and event space.

Designed by Diller Scofidio + Renfro, the building consists of several cantilevered floors stacked atop a two-story base. A restaurant, lobby, and event space will occupy the base. The tower above will house a variety of meeting spaces and a 285-seat auditorium.

Named after donor David Rubenstein (J.D. ’73), the building was announced in 2014. Preliminary renderings were released last May after the administrative building that previously occupied the site was demolished. The site remains vacant.

The Rubenstein Forum will join two other new projects south of the Midway. One block east, construction on the future Keller Center is underway, formerly New Graduate Residence Hall and the future home of the Harris School of Public Policy. Also revealed by the University last week was a 15-story hotel proposed for East 60th Street and South Dorchester Avenue.

No groundbreaking date for either the hotel or the Rubenstein Forum has been released. The University has not made the cost of either project public.

The building’s two-story base will be topped by a tower of stacked, boxy sections.