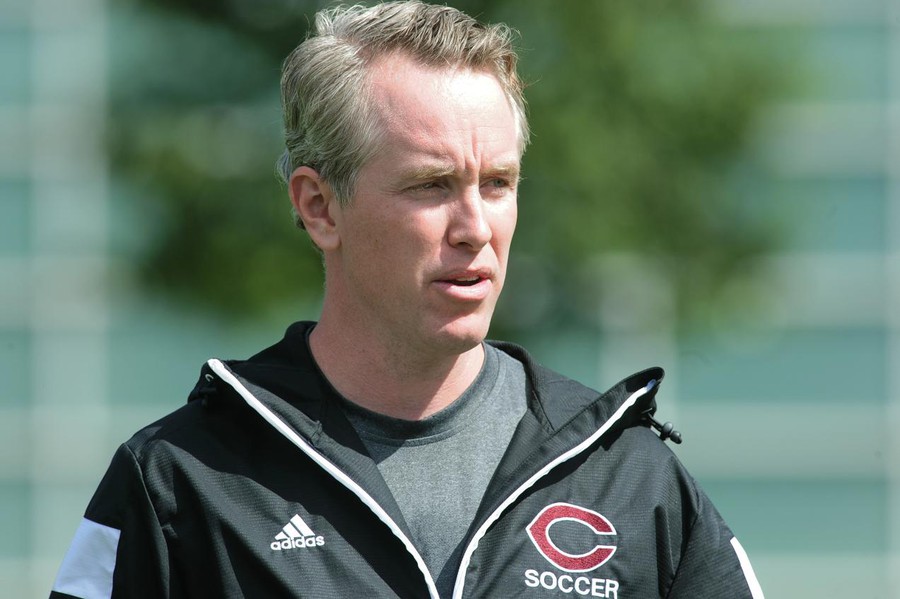 Head Coach Mike Babst looks on during a game.

Mike Babst, five-year head coach of the UChicago men’s soccer team, has been named Coach of the Year by the maroon. With a lifetime record of 50–18–9, he has led the team to 10 school records, 12 All-Region Awards, and 18 All-UAA honors in his career, but this year was far and away his best.

Babst led the team to a 17–1–2 record, a UAA Conference title, and a Sweet 16 appearance in the DIII NCAA Tournament after only making it to the second round in 2014 and 2015. Babst’s defensive system and possession based attack, along with some stellar play from goaltender Hill Bonin,  also resulted in the lowest goals-against average in all of DIII. He has also been a two-time UAA Coach of the Year and was named the National Soccer Coaches Association of America Central Region Coach of the Year.

As the team looks toward next year, there is no doubt its future is bright in the hands of coach Babst.