A massive mural project in Puerto Rico seeks to bring joy and optimism to a neglected neighborhood. 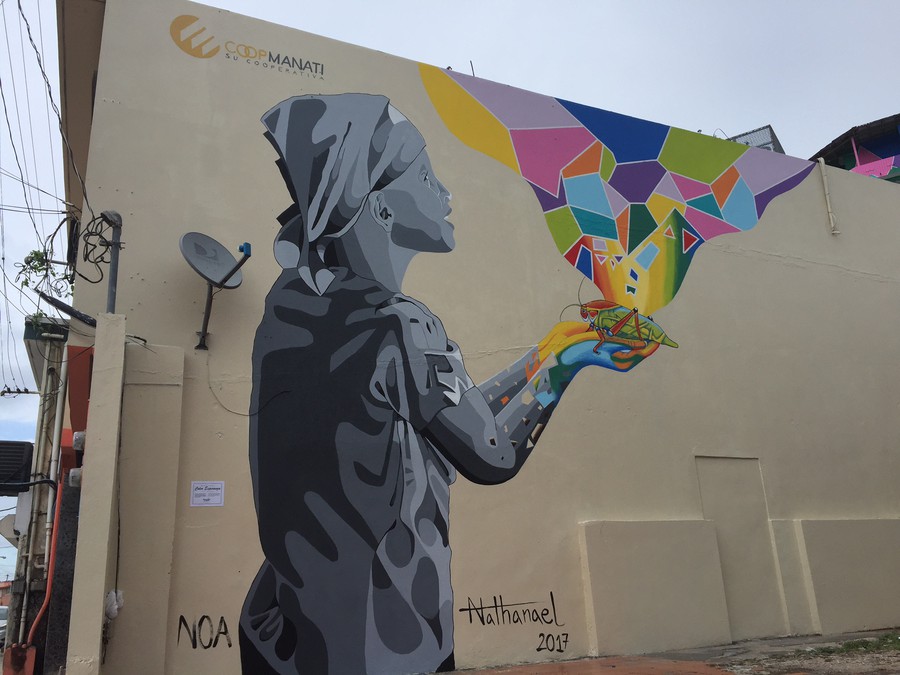 Editor's Note: MuralxMaroon is a collaboration between The Maroon and Mural,a Spanish-English billingual magazine promoting the discussion of Latinx and Hispanic culture on campus and across Chicago. You can find their website here.

In the neighborhood of Alto del Cabro, in Manatí, Puerto Rico, a young architect by the name of Samuel González has taken it upon himself to transform the cracked and mottled walls of his community into a vibrant work of art and symbol of hope. The project, titled Pintalto Manatí, seeks to explore the impact of art on a neglected and overlooked neighborhood that has been compared to a Brazilian favela. Linking 18 houses together, the mural creates the single, cohesive image of an array of colors emanating from a cricket tenderly cradled in the hands of a cancer patient. The macro mural seeks to transcend the realm of art as pure aesthetic pleasure to inspire a message of hope, both for the inhabitants of Manatí and for cancer patients around the world.

“In theory, it’s simple,” said González, a recent graduate from la Escuela de Arquitectura de la Universidad Politécnica, about the project. Apart from the centerpiece image of the cancer patient, painted by Nathanael Oyola, the rest of the mural is intentionally simple, something that anyone could create. The primary challenge was to design each wall so that, from the proper vantage point, the whole image would fit together and come to life.

In addition, the project faced bureaucratic hurdles. Between getting permits and the consent of the inhabitants of Alto del Cabro, approval for the project took just over a year to obtain, with painting beginning in March. Funded by the Cooperativa de Ahorro y Crédito de Manatí, two local banks, and powered by the manual labor of volunteers and local government agencies, the mural is expected to be completed by the end of May.

When González conceived the project, he chose Manatí, his hometown, as its location. Located 50 kilometers to the west of San Juan, the town has been struggling economically in recent years, as has the rest of Puerto Rico due to a massive debt crisis. The impact can be felt in Manatí, González says, as the normally-busy city center now feels abandoned, since many of the businesses have shut their doors permanently. City residents need the services offered by the government, and González created this project as a way to give the town a voice, and to positively impact the residents’ daily lives. 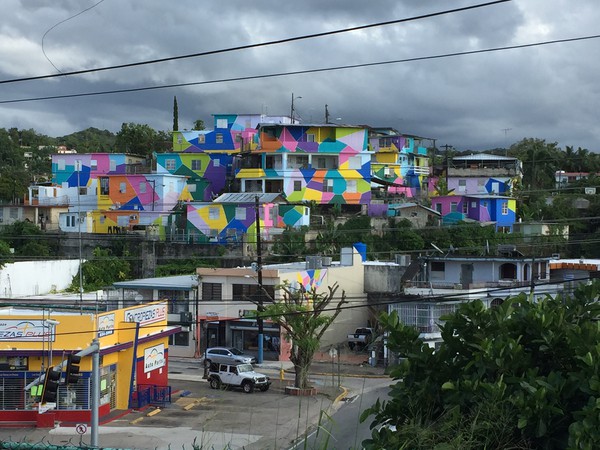 Gonzalez sees the mural as a way to give people a sense of enthusiasm and of joy. The variety of colors and sheer scale of the project inspire a sense of hope. The subject of cancer awareness was motivated in part by the Relay for Life 2016 project of “Paint Your World Purple,” in which people were encouraged to use art and color in their daily environments in the form of murals or billboards to raise awareness and help to fund the fight against cancer. In the pathways of Alto del Cabro, a small message pavilion serves as a place for residents and visitors to write messages of healing and prayers for cancer patients.

The inspiration to use linked houses to create a cohesive image came from a similar project in Pachuca, Mexico, that covered over 200 houses. Germen Nuevo Muralismo, a graffiti collective that promotes unity in communities, undertook the project with the support of the Mexican government in an effort that spanned multiple levels of government. The mural in Pachuca was funded as part of the Nos Mueve La Paz (Moved by Peace) initiative to reduce criminal activity and promote social connection.

Pintalto Manatí, the first and only macro mural of its kind in Puerto Rico, is simultaneously inherently political and deeply personal. The project’s tagline “pinta tu mundo de esperanza” (“paint your world of hope”) is both a call to action, to elevate the status of a people and a place that have been neglected, and a personal journey, reshaping the psyche of those who experience it and imbuing them with a sense of hope and agency. One thing is for sure: A short walk through the streets of this open-air museum will leave the viewer profoundly affected.