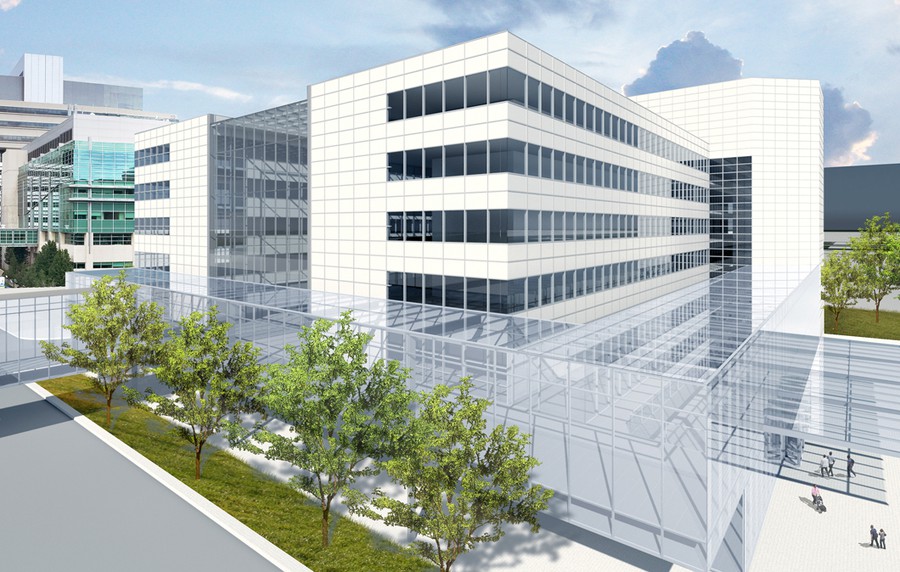 The University published a rendering of the proposed expanded facilities, including Mitchell hospital, last May.

University of Chicago Medicine (UCM)’s Level I adult trauma center—the only one on the South Side of Chicago and the goal of a years-long community campaign—is expected to begin operations next May, the University announced last week.

UCM announced last June that it expected 1000 permanent positions and 400 construction jobs to be created by the $269 million expansion. A designated trauma center handles serious burns and falls, car crashes, and shootings.The distance trauma victims had to travel in the absence of a South Side trauma center—sometimes as much as ten miles—was the central concern of trauma center advocates.

UCM plans to have the American College of Surgeons verify their Level I designation.

An expanded emergency department, part of the same project, is scheduled to open at the hospital on January 8. The final opening of the trauma center is subject to approval from the Illinois Department of Public Health. The project will also add 188 inpatient beds, bringing the hospital’s total to a number it last reached in 1979.

The emergency department is under construction in the ground floor of a parking garage at the corner of 57th Street and Maryland Avenue. Construction began in September 2015 and is expected to be effectively completed by September of this year.

Selwyn Rogers, a surgeon and public health expert who was appointed to head the trauma center in January, has emphasized a preventative approach to trauma caused by violence in the hospital’s catchment area. Per last week’s announcement, UCM has hired five of the six other surgeons who will work at the center.

The University hospital hosted a Level I adult trauma center in the 1980s, which operated at a substantial loss and was closed before the decade’s end. A half-decade of concerted pressure by activists preceded the University’s decision to open a new trauma center.

The final portion of the project, a dedicated cancer hospital in the Mitchell Hospital building, is expected to open by 2022.

"Through listening, I am hoping to increasingly partner with the community as they one by one drop the shroud of skepticism and see the University’s commitment to the communities that we serve."

Trauma Center Head Advocates for Treating Violence as a Disease