Vue53 Will Be New Housing Option 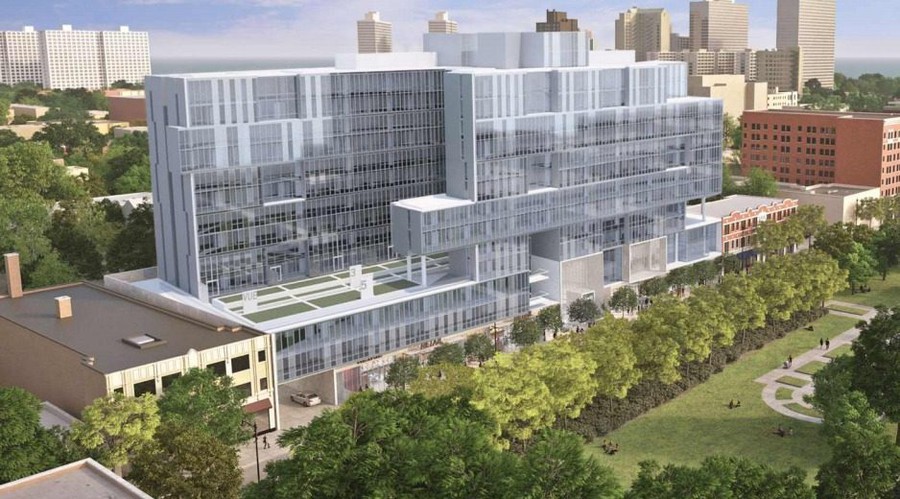 Students living in campus housing next year can opt to be housed in the recently erected Vue53 apartment building, the University announced in an e-mail sent to some students this afternoon.

The email described the opening as a "unique opportunity" and attributed the decision to "increased demand for on-campus housing."

The offer was made first to returning students who had already opted to live in housing in the 2017-2018 school year. These students were told to fill out a form to register their interest by July 24. Each apartment, the e-mail said, will feature two bedrooms and two private bathrooms, and furnishings similar to that offered in other college housing units. The apartments will be offered at the same rate as other apartments in the University housing system.

The 13-story building includes 267 units, some of which presumably continue to be leased on the open market. Initial prices for units in the building ranged from studio apartments in the building, offered in conformity with Chicago's affordable housing ordinances, for $746 a month, to a furnished, penthouse two-bedroom apartment for $2,630 a month.

Vue53 is operated by Peak Campus, a national developer and property manager targeting the student market, sometimes in cooperation with the universities whose students they house.

Students living in the building units offered by College Housing will have access to a fitness center, outdoor decks, a game room, and study lounges. They will also live above the compact Target that moved into Vue53's ground floor retail space last year.

Resident heads and resident assistants will move into Vue53 alongside the new University students, who will eat at a house table in a campus dining hall. Vue53 student aparments will be accessible during spring and winter breaks, when other parts of College Housing are shuttered.

This development is part of a series of changes to housing at the University over the last decade, which saw the completion of several large new dorms and the abandonment of the scattered, smaller sites on which College Housing had come to rely. Administrators have floated the idea of another new complex south of the Midway. The general trend has been toward larger dorms that are located closer to campus.

The Vue53 building, which opened two years ago, stands across 53rd Street from Nichols Park. It was the subject of some controversy and a lawsuit last year, brought by neighbors concerned the development of upscale housing was changing the neighborhood. The University backed the project, which replaced a gas station that previously stood on the University-owned lot.

The tentative location was announced by Derek Douglas, vice president for Civic Engagement, in a community meeting in May.