Man drowns off 63rd Street beach; Yusho closes on 53rd; Conference center proposal gets City approval; and how U of C crime analysts are saving lives

Good Wednesday morning. We hope you enjoyed the holiday, and we hope you’ll enjoy this photo of the Kimbark float at the 53rd Street Fourth of July parade. 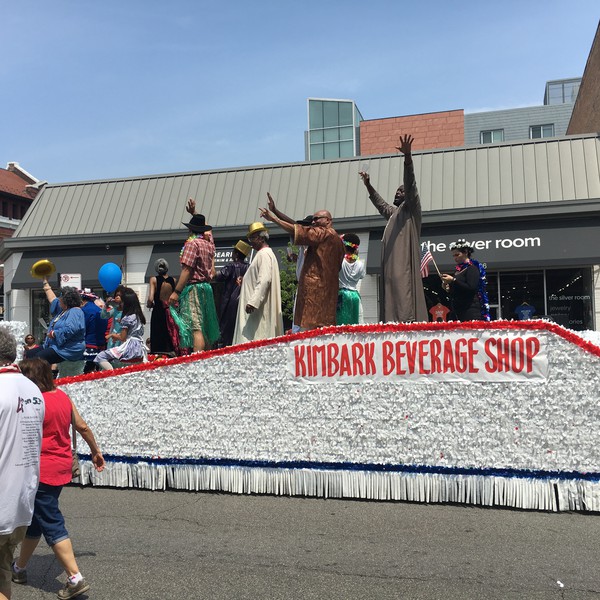 More photographs from the parade.

Chicago Police say partnership with U of C is saving lives: In Januaryseveral Chicago police districts opened intelligence centers staffed by civilian crime analysts from the University of Chicago’s Crime Lab. At a CPD press conference about a new initiative with the DOJ (which you may have heard about because Trump tweeted that he was sending in the “feds”), officials also announced that shootings and murders are down in these districts. From the press conference

Related, sort of: In the early ’90s, Patricia Dickson and Jason Jones were studying at the University of Chicago, and they were friends—or a bit more than friends. Jones went on to create Halo, an incredibly popular first-person shooter. Twenty-three years later, Dickson (now a UCLA professor) tells the LA Times that she thinks she was Jones’s inspiration for the sci-fi video game.

A statement from Yusho management: “After a great run in a neighborhood we love, we are closing Yusho Hyde Park to concentrate our efforts on the Michelin award-winning A10 and our new upcoming projects. We are grateful for the opportunity Yusho provided in the vibrant and historic community of Hyde Park and we will continue to provide great hospitality and cuisine to all of our A10 neighbors.”

Tragedy off 63rd Street beach: A man died at the University of Chicago Medical Center Monday after being removed from Lake Michigan in extremely critical condition, according to DNAInfo. The man was trying to rescue his nephew who had fallen out of their boat when he was pulled under into a riptide.

Endowment guy resigns: Ari Paul, a portfolio manager for the University of Chicago Office of Investments, announced on Twitter that he has resigned.

Pop that popcorn and bust out the lawn chairs—if you're in Chicago, we've got a list of 15 free movie screenings you can't miss this month.

Professor named editor-in-chief of journal: UChicago computer science professor Andrew Chien will serve as top editor of the monthly scientific journal Communications of the ACM (the Association for Computing Machinery).