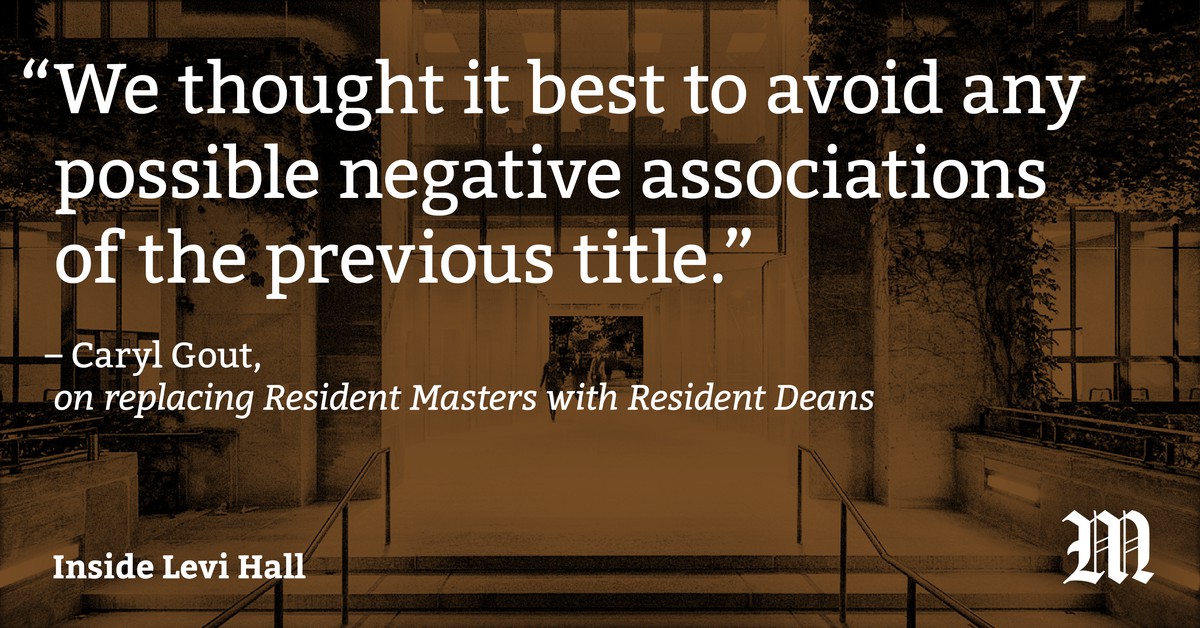 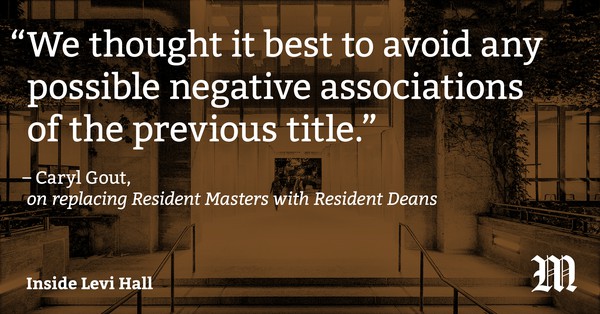 This article was based on a set of internal administration documents given to The Maroon last month. More information on these documents can be found here.

Several highlights from the document are listed below.

In the document, a new residence hall on Dorchester Avenue is listed as having an unspecified “third-party developer.” The University did not offer further comment on who this developer might be, or what the timeline for the project is.

A representative of the University confirmed The Maroon’s earlier report that the construction of a new dorm is “in the planning stages.”

The construction of a residence hall on the corner of 61st Street and Dorchester Avenue was mentioned in a community meeting in May, but has not been officially announced since then.

However, a local building owner confirmed that the University had spoken to them about the possibility of constructing a dorm in the area.

In an interview with The Maroon earlier this year, President Zimmer said he expected to see “a lot” of development between 61st Street and the Midway, reiterating the College’s goal to increase the number of students living in College housing.

The University plans to formally change the name of Resident Masters to Resident Deans.

The News Office declined to comment on the renaming. However, the change was confirmed by Caryl Gout, Resident Master of Renee Granville-Grossman Residential Commons West.

“We thought it best to avoid any possible negative associations of the previous title,” Gout wrote in an e-mail.

Last year, Yale College made a similar switch for their “head of college” position, which was previously referred to as “Master.” (Yale’s residential colleges are similar to the house system at the University of Chicago.) Harvard and Princeton also changed their terminology from “master” to “faculty deans” and “head of college,” respectively.

Resident Masters have been part of University of Chicago dorm life since 1970. Currently, there are eight couples serving in the position across the University's six dorms (two sets of Resident Masters are assigned in Renee Granville-Grossman Residential Commons and Campus North).

According to a 2015 statement from Karen Warren Coleman, then–vice president for campus life and student services, the move from satellite dorms to larger ones like Campus North was meant to strengthen the Resident Master model.

Another line on the document indicates that the University intended to announce the implementation of optional crime notifications in July. This announcement was also not made as scheduled.

Students in the University receive security alerts when there are “continuing threats to the campus community,” according to a set of guidelines posted online. This often does not include a significant amount of reported crime in the area—a 2015 analysis shows that security alerts represent only a fraction of the crimes reported in and around Hyde Park.

In a 2013 article, the Maroon Editorial Board advocated for a system where students could opt-in to receive alerts for nearby crimes, regardless of their perceived danger to students, based on the University of Chicago Police Department (UCPD)’s daily incident reports.

The document includes no further detail about how the planned system will operate.

The News Office did not comment on the nature of this collaboration.

The University has partnered with the University of Illinois at Urbana-Champaign (UIUC) before. In 2014, the Polsky Exchange (then called the Chicago Innovation Exchange) created a program that paired entrepreneurs from Booth with engineers from UIUC to encourage successful start-ups and networking across industries.

The document suggests that former Argonne director Peter Littlewood’s successor would be announced sometime in July.

Littlewood stepped down this January to resume his research at the James Franck Institute. Since then, Argonne has been run by Interim Director Paul Kearns.

The document does not name the new director, nor has the announcement been made public.

For the experiment’s 75th anniversary, the University has announced a series of public events to examine the complex legacy of the discovery, including lectures from scientists, historians, and artists, as well as a Fermilab Open House. There will also be a signature course offered to discuss the ways that CP-1 changed both science and civilization.

In winter quarter, the Special Collections Research Center will also display letters, photographs, and other artifacts from the career of Enrico Fermi and the legacy of the Manhattan project.

Although scheduled in the document for August, the News Office officially announced these events on July 14.