Rape Culture and the #MeToo Movement

In order to challenge structures that facilitate sexual misconduct, we need to expand our understanding of consent. 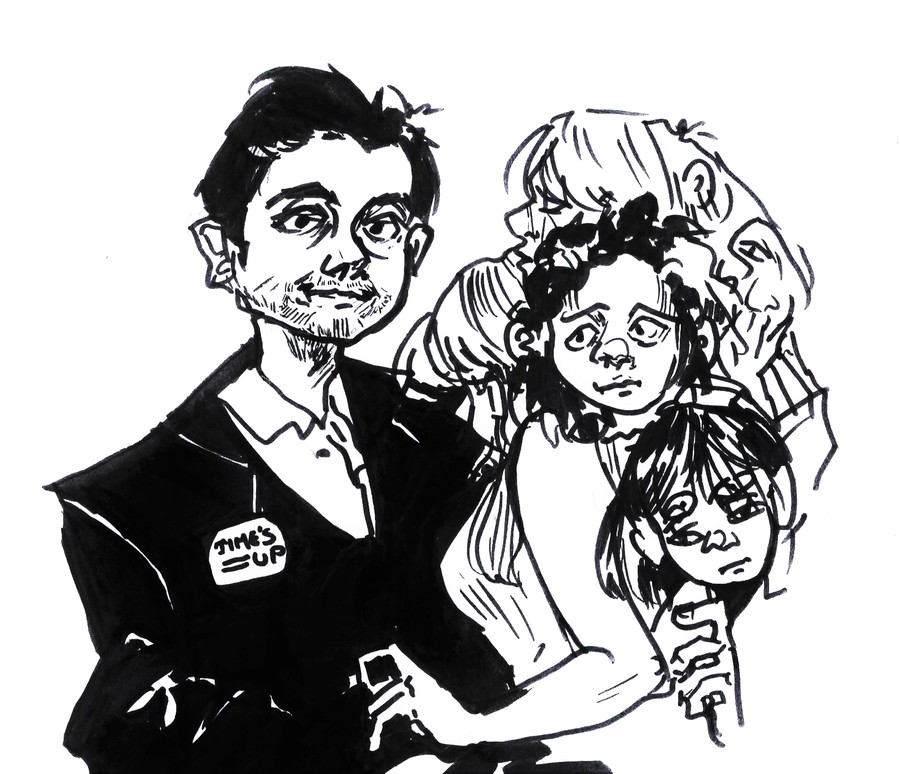 When I first watched Master of None on Netflix about a year ago, I was immediately both hooked and pleasantly surprised; here was a Muslim, a person of color, the child of first-generation immigrants, who made me both laugh and cry and repeatedly say “same.” He was Aziz Ansari. Master of None*struck a chord in me—not because of its comedic genius, but because it was relatable, political but still lighthearted, and decidedly funny. It was refreshing that someone who resembles me garnered international laud in the entertainment industry.

When I heard that Ansari has been added to the long list of celebrities—consisting primarily of straight men in entertainment—accused of sexual misconduct over the past few months, it was hard to digest. And it wasn’t because of his fame. It  was because he so vocally called himself a feminist and was known, to some extent, as a champion for women’s rights in Hollywood. He didn’t shy away from commenting on the plight of the modern woman in episodes about dating or the glaring sexism and hidden instances of abuse in the workplace and specifically, in the industry he is immersed in. The hypocrisy of his story was, for me, what separated it from all those that came before it.

Since the anonymous victim “Grace” told her account of her night with Ansari to a reporter from Babe.net, she has received immense attention and criticism for what many have deemed a journalistic failure. Admittedly, even my first reading of the article left me questioning several details. Many events were murky, making the account easily dismissible as a he-said-she-said situation. I found myself thinking, after reading much of the criticism of her story, that maybe I didn’t have to hate Ansari after all, that I could continue to enjoy one of my favorite Netflix shows. Based on what was known from the allegations, he couldn’t be called a rapist, and maybe not even a sexual assailant. This was a case, it seemed, of gross miscommunication and misunderstanding of motives, re-told in one confusing narrative.

Upon further reflection, however, I realized just how easy and dangerous it was to slip into this line of thinking. To simply dismiss Grace’s story because of its poor storytelling (chock-full of irrelevant details, not to mention the bizarre hodgepodge of personal account and narration), or because it isn’t a blatant instance of rape or assault, is to commit an egregious disservice to the growing and ever-complex discussion about consent and rape culture. To only criticize the Bill Cosby and Harvey Weinstein and Larry Nassar cases is to set disgustingly low standards for the ways in which people should expect to be treated in a sexual relationship. Though it is fair to differentiate what Ansari or Louis C.K. did from the legal definition of rape, it is also critical to denounce and critique these instances of what enthusiastic consent (the only type of consent that should be expected and practiced) does not look like.

Many people—even several women—have criticized Grace for not verbalizing her feelings to Ansari and for relying mostly on non-verbal cues. Though it is true, according to her account, that she did not literally say “no” or “stop,” I don’t believe humans are so emotionally imperceptive that they need to hear their partner say these words in order to realize they are uncomfortable. The root of the problem is the culture that surrounds sex—one that facilitates and normalizes the expectation that women’s needs and pleasure will always be subordinate to that of men and that treats women with mistrust when they speak out about their experiences.

Grace’s story can and should set a new precedent for the kind of dialogue that many feminists are trying to spur regarding sex. Consent isn’t merely about hearing the "yes" or the "no"—it’s about the mutual understanding, pleasure, and balance of power that is so often sacrificed for the enjoyment of one (usually the male) partner in the circumstance. Yes, consent gets complicated. Yes, some instances of sexual misconduct are more severe than others. But this doesn’t mean a diverse array of them aren’t worthy of discussion.

Zahra Nasser is a first-year in the College.