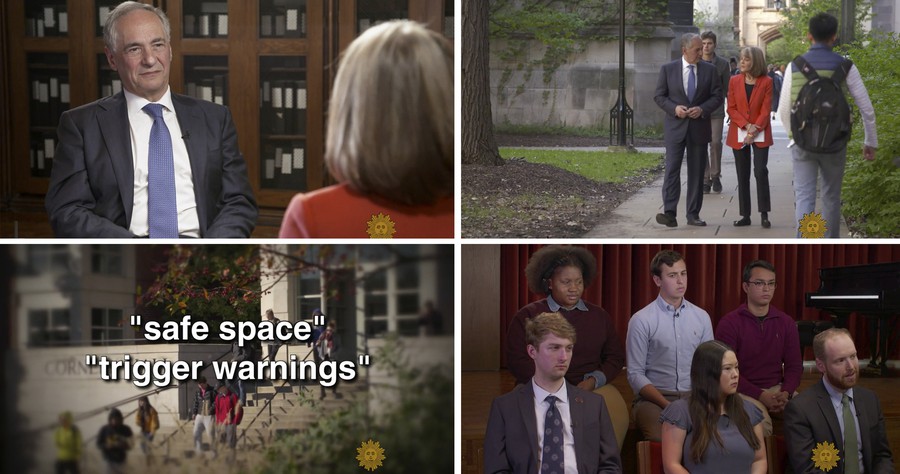 President Robert J. Zimmer and a panel of UChicago students appeared on CBS “Sunday Morning” this weekend, for an episode about free speech issues on college campuses.

CBS host Rita Braver featured UChicago at the end of the segment, framing the University’s letter on trigger warnings and safes spaces as a sign of pushback against increasing student opposition to controversial speakers nationwide.

“Discomfort is an intrinsic part of an education,” Zimmer said in a short segment. “Part of the way we operate is that we’re a place where there’s constant open discourse, constant expression, constant argument.”

“I feel like the letter represented a fundamental misunderstanding of safe spaces, and their value, and their importance in any kind of setting,” Blair said.

Blair responded: “I can assure you that all people of color who have existed in a primarily white space know that the real world is not a safe space.”

“Instead of being a porcelain receptacle for other nations’ wretched refuse, the United States should again put America first,” the whip sheet reads.