"The Last Jedi" Swings at the Past, But Strikes Out

Although a beautifully produced film, "The Last Jedi" tries to channel "The Empire Strikes Back" and misses the mark. 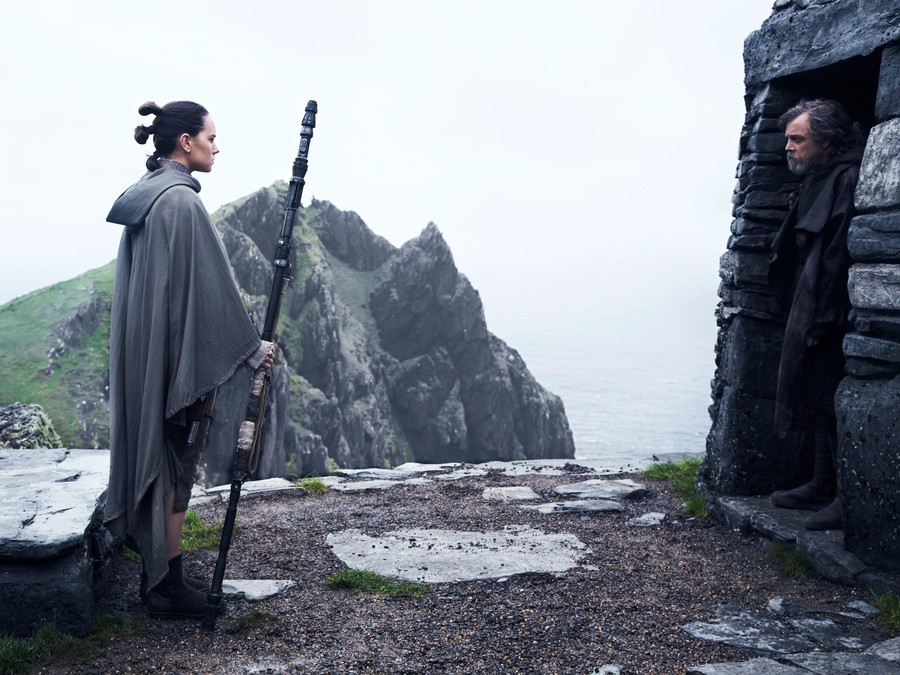 It was difficult to miss the parallels between J.J. Abrams’s The Force Awakens and George Lucas’s A New Hope. Spunky kids from a desert planet unite with unlikely allies (including Han Solo and Chewbacca!) to destroy the biggest, most evil sphere in the universe—but at the expense of a veteran advisor. Similar parallels connect Rian Johnson’s The Last Jedi and Lucas’s The Empire Strikes Back; a rebel base is destroyed (twice, actually, in The Last Jedi), there’s a Jedi master somewhere remote, a spooky cave offers our hero meaningful visions, and a final defeat turns around when our heroes are whisked to the safety of the Millennium Falcon. But The Last Jedi mismatched with The Empire Strikes Back in two critical ways: It isn’t as dark, and it isn’t as good.

Empire ends on a grim note, with Han Solo frozen in a carbonite cube, Luke Skywalker (Mark Hamill) losing a fight and his right hand in a battle with Vader and the Rebellion, exiled from its Hoth stronghold, in dire straits. In a world defined primarily by the people in it, the jeopardy of its characters matters. Empire ended with an uncertainty and anxiety unique in the Star Wars universe.

The Last Jedi motions to these discomforts without recreating them. The rebellion loses the battle, but everyone on their ship yammers so insistently about the value of hope that one starts to wonder where the line between hope and delusion really lies. The rebels don’t act like they’ve lost, and in a galaxy that rewards spunk more than military might, this is enormously important. Rey (Daisy Ridley) faces a moment of Luke-like temptation, contemplating a quintessentially Star Wars offer to rule the universe for long enough that I wondered whether the film’s twist might be that she takes it—but she doesn’t, and by the end, her commitment to the good guys is unquestionable. Our heroes lose some battles, but never falter in the attitude war. The Last Jedi does not conclude with The Empire Strikes Back’s sense of real, grim desperation. It’s a movie where the good guys do alright, and after The Force Awakens, I was hoping for a properly miserable coda. 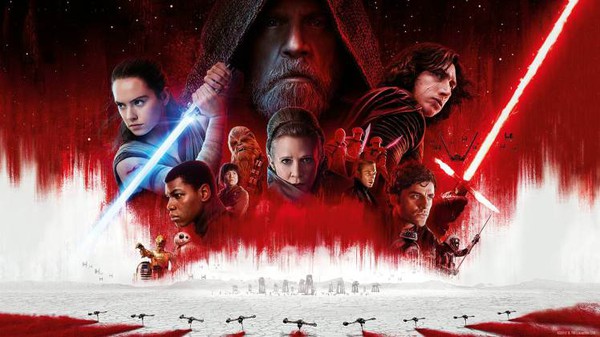 Technical issues in the film don’t help its case, either. Johnson spends a great deal of screen time bouncing across settings: During the first hour-ish of the movie, we have three distinct plots in three distinct places working toward three distinct goals. There’s nothing wrong with this intrinsically, but the plotlines often feel like they’re working to achieve something else, rather than being valuable in their own right. We want Rey to finish training so she can get back into action. We want the Rebel fleet to escape the First Order so it can keep, uh, rebelling. We want Finn (John Boyega) and Rose (Kelly Marie Tran) to get the heck off the casino planet and realize that they’re both just too damn cute not to have romantic interests—and what a felicitous coincidence that they’re both single! Some critics argue that the point of these scattered storylines was for a payoff at the end of the film, but a movie that is two-thirds cluttered setup is two-thirds a bad movie. Just because The Last Jedi is eventually rewarding does not mean it is well made.

Part of my frustration with the branched storyline of The Last Jedi might have to do with the forced quality of its central conflicts. An extensive disagreement between a hotshot, loose-cannon pilot and a stodgy, rule-abiding admiral should have been explained in two minutes. Instead, it was blown up into a lengthy, frustrating internal division that kept allies from working together and stalled the movie for nearly a half hour. That is not a satisfying resolution; that is watching a bureaucracy malfunction. Maybe that’s suitable material for The West Wing, but not for rip-roaring Star Wars.

That’s not to say the movie was all bad, though. Disney has done astonishingly well with its casting. Daisy Ridley is dynamic and focused but never excessive; Mark Hamill is sturdy and has the look of a mentor (though I wish someone would have told Rian that the man just isn’t funny!). A diverse and unbelievably charming cast contributes nuance and emotional detail left implicit in dialogue: Kylo Ren (Adam Driver), for instance, is insecure but powerful, gangly, and menacing all at once. And like all Star Wars movies before it, The Last Jedi is beautiful to behold. Production is excellent: Armor and costumes are worn and detailed, the spaceships intricate, the battles choreographed and flamboyant. The concluding scenes on a planet that is gore red underneath a layer of salt is particularly memorable: In Johnson’s sweeping panoramas, you get the sense that the ground itself is bleeding.

But the film, ultimately, rings hollow. It didn’t have to be The Empire Strikes Back to be a good film, but it was channeling that film and missed the mark. Its other elements weren’t enough to pull it through: A bunch of half-hearted monologues about the hope and joy of rebellion that seem especially strange coming from Disney, the exact kind of company you’d rebel against—and a personable, talented cast that could do only so much with a wilting script. The Last Jedi is unmistakably Star Wars and a half-decent film—but in the eyes of this critic, it’s not so much an Empire Strikes Back as it is a shinier Return of the Jedi.