From U of C to "Sea Oak;" Alumna Lands Role in Amazon Pilot 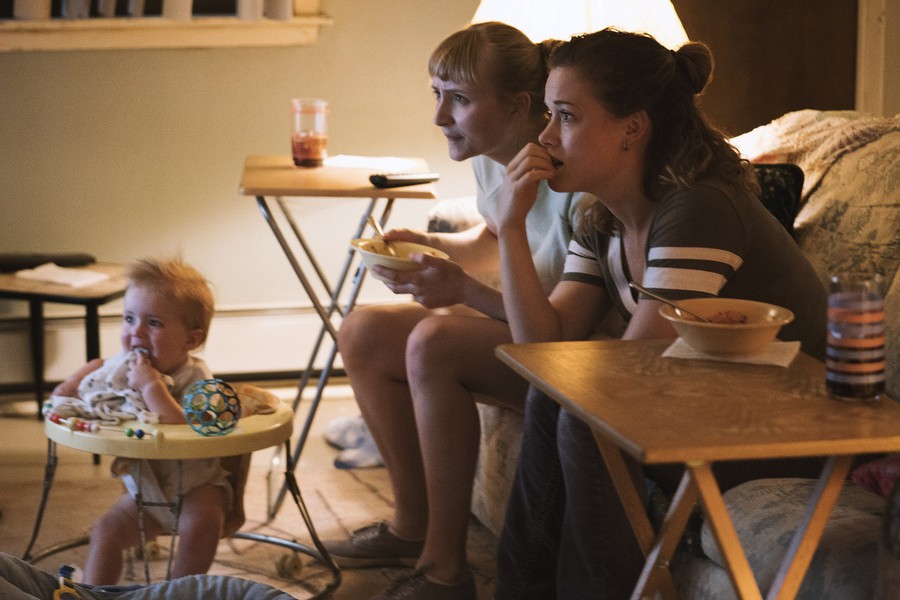 A recent graduate from the University of Chicago, Rae Gray (A.B. ’14) has pursued her passion for acting by branching out from theatre into movies and series. Her newest project is Sea Oak, based on George Saunders’s short story of the same name.

The comedy pilot, which premiered on November 10 during Amazon’s pilot season along with The Climb and Love You More, stars Glenn Close as Aunt Bernie, a middle-class woman who comes back from the dead. The show deals with real-life issues while mixing in comedy and supernatural elements to create a special genre-bending experience.

“We worked on the pilot for three weeks but only filmed for six days,” Gray said about the filming timeline. “The first two weeks of the process, the cast met up with George and Hiro Murai (our director) to discuss our characters, their backstories, and the world of the pilot.” explained Gray. “We formed an instantaneous bond and creative rapport. It was magical. In the final week, we shot the pilot in various locations around New York. George and Hiro’s vision was so clear that it felt like the easiest thing I had ever done, and the most special thing I had ever been a part of.”

For Gray, the opportunity to be part of this project seemed to come at just the right time. It was almost like fate.

“'Sea Oak', the short story, was in my high school creative writing textbook—The Scribner Anthology of Contemporary Short Fiction—so I was familiar with it and its author, George Saunders,” Gray said. “Coincidentally, the day I found out about the audition for the TV pilot, I finished George’s first novel, Lincoln in the Bardo. It was thrilling to have a script come across my desk that was written by one of the best writers alive who also happens to be, as I would soon find out, one of the kindest people alive. Sea Oak makes you laugh and also moves you to tears. I look for that combo in everything I do.”

Gray’s acting career began way before her time at UChicago, and continued throughout her college experience. At age four, she was featured in an auto safety commercial and she did over a hundred voice-overs in her teenage years. As a college student, she spent half her time on her studies and the other half onstage. Throughout her career, she has acted alongside the likes of John Malkovich, performed in Steppenwolf and Goodman productions, and even appeared on The Walking Dead.

“Time management was key,” Gray said about her time at UChicago, echoing a familiar sentiment. “I was attempting to juggle eight shows a week, a full course load, a social life, and decent sleep. I often had five-show weekends and would miss out on campus events or wouldn’t want to hang out late because I had to get up early the next morning.”

Balancing her academics while filming other projects was no easy feat. “I finished my last two quarters remotely from New York and Los Angeles by doing independent studies with Heidi Coleman, Dan Raeburn, and Garin Cycholl,” she explained. “Former Dean of Students Susan Art was very helpful, too.”

She also credits the University for helping her hone her acting skills. “Life experience, perspective, and critical thinking skills are vital to this craft,” explained Gray. “In my mind, the best actors are masters of text comprehension…emotional connection, and imagination. UChicago nurtured all three of those in me.”

When giving advice to aspiring students pursuing a creative career, Gray believes that practice mixed with confidence makes perfect. “There is no such thing as ‘making it,’” she clarified, also comparing achieving success in the arts world to climbing to the top of a mountain with an ever-growing peak. “What pushes you to keep going is passion and confidence…. You need to believe that you’re the best at what you’re doing and that your only competition is yourself. Be better today than you were yesterday. Hard work is confidence is success. Oh, and also, have fun.”