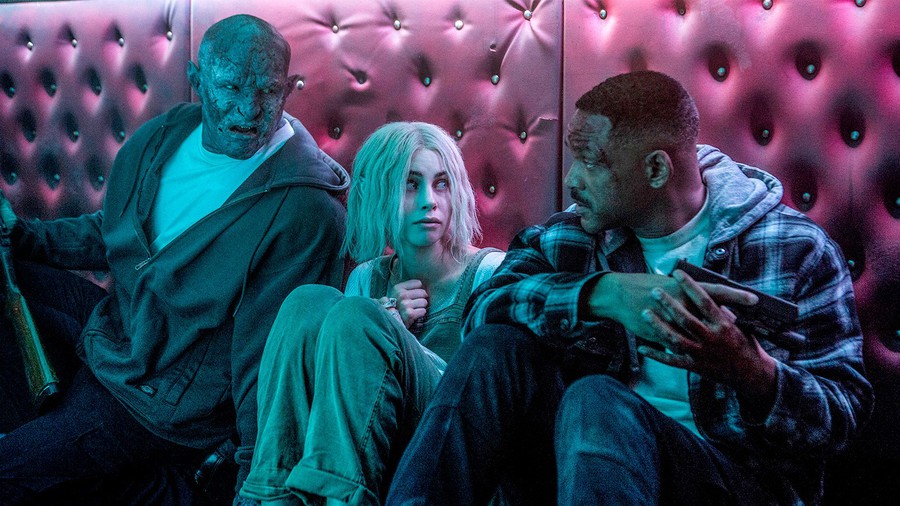 The significance of Bright, now streaming on Netflix, has nothing to do with its mashup of genres or star power. The fantasy/buddy-cop hybrid featuring Will Smith is the streaming service’s next and largest (to the tune of $90 million) attempt at disrupting the film industry. Having revolutionized TV with its pantheon of popular series and made acceptable binge-watching entire series at once, Netflix now wants viewers to take it seriously as a destination for original cinema. Why shell out over $10 for a movie in theaters when you can just surf Netflix on your laptop, phone, or Wii U for the next great blockbuster?

The real question is, can Netflix actually make a great blockbuster? So far, its slate of original films has been hit or miss. Okja (directed by Bong Joon-ho) was an excellent and clever exploration of capitalism, language, and giant pig antics; Death Note was trashy fun but offered nothing new on the themes of vigilantism and God complexes. But Bright, directed by David Ayer (End of Watch, Suicide Squad), dwarfs both of these in budget and scale, yet never transcends the status of a fun but forgettable popcorn flick.

The film follows Daryl Ward (Will Smith), a human, and Nick Jakoby (Joel Edgerton, wearing an impressive amount of prosthetics), an orc, both of whom are cops in the LAPD forced to patrol together. Jakoby is the first orc in the LAPD and is anxious to prove his worth to his racist and unaccepting fellow police; Ward, however, is ashamed and annoyed that his car is the proving grounds for the LAPD’s new “diversity initiative.” To be fair, he is also still haunted by one of Jakoby’s failures that ended in Ward getting shot and a culprit escaping. Yet their routine patrols end when the pair encounter the elf-like “Bright” Tikka (Lucy Fry) in possession of a magic wand, which is being pursued by an evil elf, Leilah (Noomi Rapace), in order to resurrect “the Dark Lord.” Yes, that was a strange sentence to write; no, it doesn’t make much more sense in the movie.

The world-building of Bright oscillates between stunningly realized and head-scratchingly unclear. It takes full advantage of its exciting setting: a modern-day alternate Los Angeles, replete with orc graffiti and elf-only elite neighborhoods. While the setting is visually enticing, the characters themselves remain underdeveloped and uneven. Jakoby is immediately likeable; he remains optimistic even as he deals with constant mudslinging and debasement from his fellow cops and orcs. Jakoby’s charismatic blend of an awkward but earnest orc cop propels the film forward. However, it is harder to sympathize with Ward, who is written as mean and unlikeable.

It’s when the characters start referencing the distant past and its role in the present that things truly falter. In the film’s lore, the fate of the races was determined by a battle 2000 years before and the orcs, who allied themselves with the evil Dark Lord, were punished by becoming the world’s underclass. Yet, without a clear sense of the threat that the Dark Lord once posed, it is difficult to feel invested in the film’s central conflict: Why should we care whether someone is trying to bring him back? Furthermore, any potential allegory about the dynamic between the three races also remains unexplored and underdeveloped.

Bright is a fun, if deeply flawed, two-hour romp. At the very least, it proves that while Netflix may not always create an Oscar contender, it can create a quality movie that feels like Hollywood quality. While Netflix might not turn most people away from movie theaters, it’s made a compelling argument that well-made movies could also be just a click away.