"In Search of Greatness:" A Sports Documentary That Isn’t Really About Sports 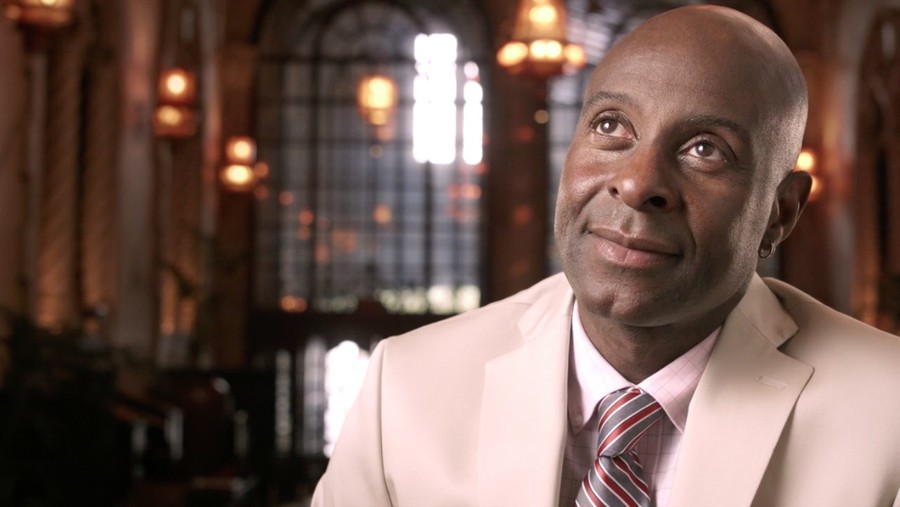 Chicago native Gabe Polsky analyzes human nature and ambition by focusing on transcendent athletes in his upcoming documentary, In Search of Greatness. A likely Oscar contender, the film centers around interviews with former ice hockey player Wayne Gretzky, soccer icon Pelé, and NFL Hall of Fame member Jerry Rice. It also features other athletes and people whom Polsky deems to be great. While the film is focused on sports, at its core In Search of Greatness is a psychological discussion about the roots of genius. Clips of Serena Williams serving a tennis ball and Muhammad Ali at a weigh-in are juxtaposed with clips of The Beatles discussing their songwriting process and Jimi Hendrix soloing in concert. Polsky concludes that creativity and greatness are one and the same, and that to be great you must be passionate and willing to take risks.

Chicago Maroon: What was it like getting to interview Wayne Gretzky, Jerry Rice, and Pelé?

Gabe Polsky: These are guys that I grew up pretending that I could be like so it was spectacular, but I kind of worked out all of the being starstruck away before I stepped into that interview because I knew that these guys—they’re not my friends, I don’t want to be their friend because they couldn’t care less about me. I knew that I had very little time to get something amazing out of them to tell a really powerful film. As a professional it’s kind of just part of the job to not even think about that.

CM: Were you a particularly big fan of any of them?

GP: I mean, Gretzky, because I grew up as a competitive athlete, I played Division I hockey at Yale, obviously he’s someone I studied. All these guys were the most interesting athletes out there.

CM: Why did you choose athletes as the group of people to focus on?

GP: Well, because I think that in filmmaking when you are too broad with so many different talking heads and different fields, I think you kind of lose that focus and intensity…. Our society is kind of obsessed with sports for good or bad, and you know, I wanted to use these guys as a mouthpiece to tell a much broader story about a lot of different things but mainly what is greatness and how can you develop it within yourself and foster it within others.

CM: How would you define greatness?

GP: If you think about it, why do we go to this stadium? Why do we go to movies? It’s because we want to see creativity. I equate creativity to greatness because if you’re just doing what everyone else is doing, there’s no differentiation. If you’re innovating and doing something new, advancing society by creativity, you’re essentially being…you’re doing something great. We should always use our imagination in whatever we’re doing, even if you’re an engineer, an economist—you can’t just stand still. In order to move forward, you need to always be rethinking how things are or how to make them better.

CM: Do you think that’s why the athletes you interviewed described themselves as showmen?

GP: Yeah. Well, I think the bottom line is just filmmaking or any performance—we’re paying money to watch these events—like, why are we going there? We want to see something fucking amazing! We want to be inspired…. Coaches don’t say, “Listen, guys, I just want you to know, what you’re doing, there’s people in the stands here and they’re watching you play. What are you going to do with the ball or the puck or whatever—do something generic or do something inspired and creative or whatever with whatever you’re doing! They’re paying money, what are you going to do? You’d better do something interesting.” That’s what performance is and the guys like Muhammad Ali and Jordan, they understood that. They loved to entertain. That’s what they are. And they broke records at the same time! People think that creativity had nothing to do with it, with greatness, but it’s directly related to statistics too. The most beautiful athletes are also the greatest! How is that? Why doesn’t anyone ever talk about that?

CM: You also talked about how a lot of the greatest athletes aren’t system players, and that their coaches allow them freedom.

GP: Yeah, well, they find a coach that appreciates their unique abilities, and that allows them to express it. And that’s what it is. And so, if they were with other coaches they might have to be more rebellious or they might be thought of as uncoachable, but they just found the wrong guy.

CM: At the end of the film, Gretzky says that greatness is a combination of luck and will.  How important do you think luck is, and do you think there are people who are destined to greatness?

GP: I think clearly they admit it, there’s this aspect of luck, but Gretzky kind of, I think, is uncomfortable with that question too. But you can help your luck out…the more passionate you are, the better the chances you have of being lucky.  Jerry Rice says if you’re not working 110 percent, you’re not going to get lucky.

CM: Do you think everyone has it in them to be great?

GP: Yes. I think so. It’s hard for me to get in everyone’s shoes. But I think we sell ourselves short. Some people will say, “I’m not creative,” because people tell them that and they just accept it. You have to understand yourself really well and just see yourself so truly and then work around those things and find what your true strengths are…. You’ve got to find something that you really love.

CM: What do you think about parents who push their kids and try to force them to be great?

GP: They’re crazy. I think they’re literally insane and they’re wasting their time and destroying their kid. And that’s it. It’s a waste of time and a destructive force.

CM: Are you more drawn to traditional narrative films or the documentary style you used in this film?

GP: I think I just want to do different things. I get bored quickly and I just want to reach a lot of people with my work.  So, narratives can reach more people, it seems like. Documentaries, I like them, but I don’t want to repeat myself…after my next one I’m going to reexamine what I want to do.

CM: You also had a series called Genius on National Geographic. Would you say it was similar to In Search of Greatness?

GP: Yeah, very. But I wasn’t as hands-on with that. But it’s the same thing. That’s why I fell in love with Einstein…. It’s the same thing. It’s a guy who was saying different things and was getting criticized and punished for it, and ultimately reinvented science.

CM: Can you be great without breaking the mold?

GP: Yeah, like you can be a great plumber. But you can be creative at it, too. What I’m saying is there’s lots of different ways to plumb things. And there are [people] who have interesting solutions to problems. I think the best ones are the ones that are a little more creative. But they don’t reinvent plumbing altogether. There should always be an element of artistry or poetry to whatever you do. Plumbing, for example, if you’re always looking at a manual and this is just the way it’s done, there’s something limiting about that.

CM: You also made Red Army [a film taking place in the 1980s about the Soviet national hockey team known as The Russian Five]. Are there similarities between In Search of Greatness and that?

GP: I think I started the idea there, kind of teased it. It was this sort of flowering of creativity in hockey and kind of teamwork and beauty in hockey. And there was a good coach who thought of it who was open-minded and creative. And there was the bad coach who was narrow-minded and constraining. There are some of the ideas in that but this is the full exploration of that.

CM: What is it about these exceptional, great people that you think is so interesting?
GP: I think everyone wants a deeper understanding of this subject matter. I’m not interested in these sort of Rudy stories or Rocky or whatever. To me, I want to watch a movie about someone who impressed me. Rocky’s not that great of a boxer and neither is Rudy, who was a shitty football player. I want to see a story about the greatest. That’s what inspires me. And what you’ll see is that they are Rudy. They started with very little too. They didn’t just become the greatest of all time out of thin air. They had an underdog story too.