Muse is Trapped in a Simulation of Mediocrity in Latest Album 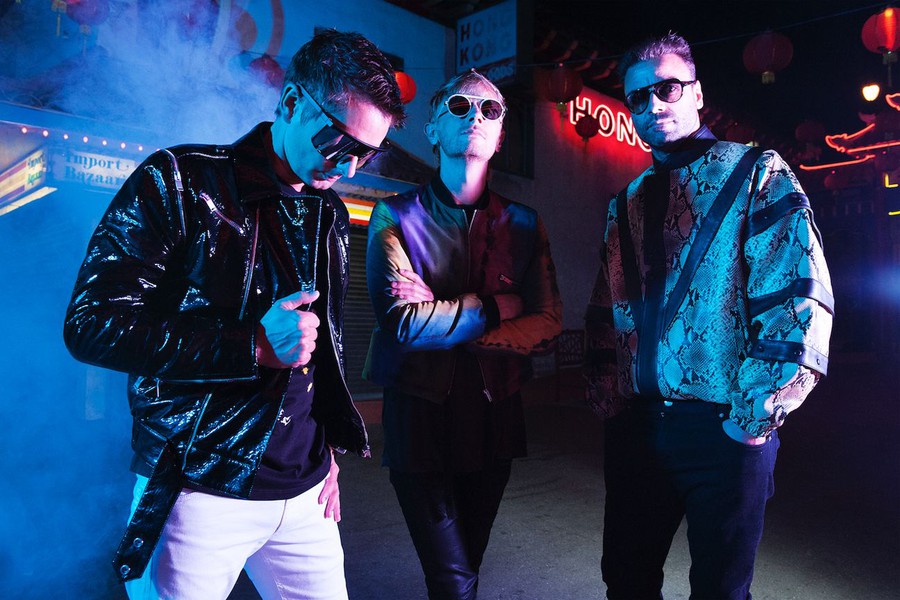 After the 2015 release Drones fell flat with fans and critics alike, British prog-rock band Muse is back with Simulation Theory. It’s been more than a year since “Dig Down,” the lead single, was dropped, so this is a project that has been long in the making. Matt Bellamy and co. are keen to drag us back into the ’80s, complete with retro-futuristic Tron graphics and drum machines. Once again, however, the U.K.-based three-piece band has delivered a record that is heavy on concept, but shallow in actual substance.

The only real positive from the album stems from Muse’s willingness to co-opt new sounds into its arsenal. While this has not always proven to be successful (such as when Muse flirted with cringe-inducing dubstep in 2012’s The 2nd Law), it does offer a sense of diversity and experimentalism to the evolution of their sound throughout their discography. In Simulation Theory, this experimentation pays off at times. “Algorithms,” which sees the juxtaposition of a hip-hop drum kit sound with a dramatically ambient string arrangement, is as good of an album opener as they’ve ever had. Furthermore, Simulation Theory offers a departure from the grand arena rock songs that populated much of Drones and The 2nd Law, making room for more musical range and subtlety. The album closer, “The Void,” for instance, is uncharacteristically down-tempo for Muse’s standards. Nonetheless, it is as rich and poignant in its instrumentation as any song they’ve written before. And, through the “Alternate Reality” versions of songs such as “Algorithms” and “The Dark Side,” which are on the album’s deluxe version, Muse show that they still have the creative capacity and willingness to update, and even reinvent, the bombastic sound they’ve become famous for.

Therefore, it is ultimately frustrating that the record suffers from a general inconsistency in its overall sound. The band’s promotional materials place Simulation Theory in the ’80s, with music videos that seem like deleted scenes from Blade Runner or Tron. Yet, at times, their sound seems to hearken back to some of their older catalogue. The best parts of the album come when songs are able to successfully straddle both of these universes. “The Dark Side” manages this synthesis elegantly by coupling a muscular guitar riff, that could have come out of 2001’s Origin of Symmetry, with ample use of synthesizers and compressed drum kits. However, these moments are few and far between, with many songs on the record succeeding, instead, in only confusing the listener. “Propaganda” in particular is extremely bizarre—it starts with a very choppy synth sample that sounds like it walked out of a rejected Pharrell song, while simultaneously trying its hardest to sound like a Prince song. There’s even a bluesy slide guitar solo. While such an amalgamation of influences spanning across genres may help to make a song rich and extensive, it can also make a mess of an album. Unfortunately, songs like “Break It to Me” and “Dig Down” fall flat because Muse sticks its fingers into too many pies, making it impossible to find any form of musical, or even thematic, unity within the record.

Lyrical subtlety has never been a strong point for Muse, and, in recent records, this has become an active hindrance to the overall quality of the band’s releases. Drones, in particular, brought out the most self-indulgent, and consequently the worst, of Bellamy’s lyrics, which often forayed into the territory of pure conspiracy theory. While Bellamy drops the act of the dystopian, red-pilled alarmist this time around, his lyrics nonetheless rely too much on trite truisms to make a point, failing to inspire or to get the listener excited. In “Dig Down,” we are told the world is a simulation but that all will be good if we—what else?—“dig down” and “find a way.” There is a broad enough line between cliché and originality, and yet Muse find themselves on the wrong side of this line. It’s a shame that the lyrics are so unimaginative, because Bellamy’s vocal delivery is as excellent as it has ever been in the last 20 years. On the otherwise awful “Get Up and Fight,” Bellamy finds a strong balance between a falsetto croon and a Freddie Mercury–esque power belt. One wonders what this record would have sounded like if the lyrics were even a little bit better.

All in all, this record shows that Muse is undoubtedly a highly talented band, and is still one of the very few big rock bands around the world willing to confront huge thematic concerns in their work. They seem especially well-positioned to be the mouthpiece against the hyper-commercialized, post-truth world that we live in today. The greatest disappointment of Simulation Theory, therefore, is Muse’s inability to take advantage of their potential.