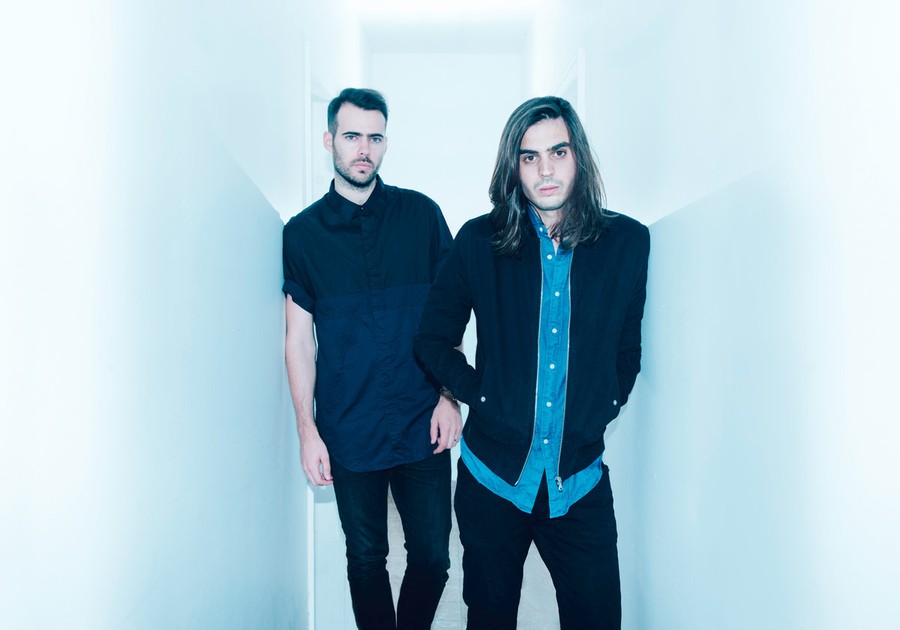 Beacon was founded in 2011 by Thomas Mullarney and Jacob Gossett when they were both students in Brooklyn. The duo caught on to the latest wave of the psychedelic and electronic rock scene that was emerging at the time, presumably influenced by more prominent names such as Tame Impala, Unknown Mortal Orchestra, Beach Fossils, and others to which they are often compared. Regardless, the band has managed to find its own sound in an often-oversaturated market. Gravity Pairs marks Beacon’s third full-length studio album, and sixth official release.

Over its life, Beacon has seen a trend of notable musical development, and this album is no exception. Anyone familiar with Beacon’s music is probably used to hearing a fairly minimalist approach to downtempo electronic. Gravity Pairs follows suit, but now seems to lean a bit more on more traditional instruments as leads and bold melody-makers, as opposed to the heavy synthesized sounds and electronic drums of their past. While this type of change is often risky, especially for artists like Beacon with fairly established sounds, the duo executes it well, providing something fresh for their listeners but staying true to their sound for longtime fans. This change in the forefront of their sound is dampened with the same ambient droning and pulsating synths which, paired with Mullarney’s signature haunting and emotional vocals, makes for an album that is definitively and unmistakably Beacon.

*Gravity Pairs* starts off with a simple dampened arpeggiator in “Don’t Go Looking”, which eventually fades into the background as swelling pads and passionate vocals take front stage. The track reaches a climactic moment almost two minutes in as a more traditional drum kit makes its first appearance. The track gives a concise but comprehensive preview of what is to follow, leaving a listener satisfied but eagerly wanting more.

Other standout songs include “Marion” and “The Road,” both of which are situated in the middle of the album, sitting at the top of the Gaussian curve of energy that the album provides. Looking deeper into Gravity Pairs, one can find a world of incredible fragility. The album’s lyrics are poetically cryptic but contain clear romantic undertones. These delicate lyrics, paired with track names such as “On Ice,” create incredible tension that contrasts effectively with downtempo instrumentals, fabricating a sense of uniformity throughout the album.

In examining the album further, one finds Beacon taking a turn in the details as well. The lyrics of the album are the same emotional verses that people expect of Mullarney, but interestingly contain their own fair share of religious undertones, as seen most explicitly in “Be My Organ”:

“Be my organ now and play for me./ Be my witness now and set me free./ Be the altar, I'm falling to my knees./ And in my wicked hour bring me peace.”

This theme and others are continued throughout the album, most notably imagery pertaining to nature and the senses, as well as extraterrestrial and supernatural motifs. This helps tie the album together from a conceptual standpoint, on top of an already musically consistent work. In this way, Beacon has developed lyrically, continuing its trend of musical progress from album to album.

What Gravity Pairs gives in uniformity among its tracks, though, it lacks in uniqueness. The duo opts to use what sounds like the same set of sounds and drums throughout the album, creating a homogeneity among tracks and a more cohesive listening experience. Unfortunately, that same strength is Gravity Pairs’s biggest weakness. The musical consistency between tracks detracts from the true impact of Beacon’s thoughtful, poetic lyrics. Many tracks are so similar, in fact, that large portions of them often seem to act as filler between standout moments. Thankfully, there’s more than enough of those moments to make a full listen of the album worth it. This misstep, however, could deter some listeners entirely.

Gravity Pairs is a great step forward for Beacon and provides a tastefully fresh sound for the duo while remaining rooted in their past musically. The album provides an emotionally-fragile-yet-tense feeling on Beacon’s signature downtempo instrumentals. Consistency between tracks is a defining characteristic of the album but at the same time proves to be its biggest flaw. However, these dips in intensity are more than reconciled in the buildups of tension and incredible payoffs scattered throughout, and make for a complete and noteworthy listening experience.