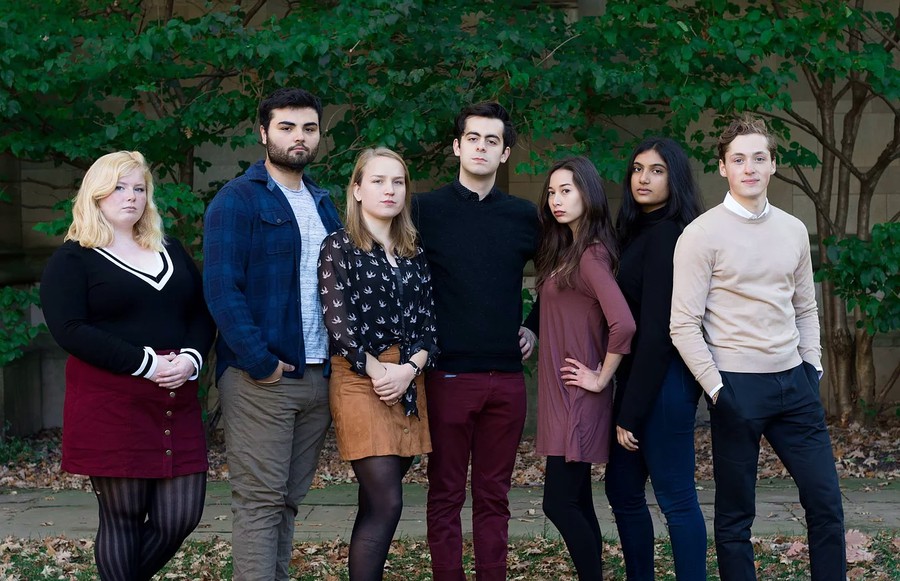 The Revival was booming last Friday with Off-Off Campus’s seventh week show, Journey’s Over, You Can Stop Believing Now. Every week, Off-Off manages to bring a rare wash of light to the brutalist lifestyle of the UChicago community, but this week was particularly notable for the group’s music-themed lineup. The show opened with two pre-glows featuring third-year Zavior Phillips’s (31st Generation) repertoire of intoxicating love songs and a guest performance by Voices in Your Head. Enjoying the warm melodies, the audience sipped their drinks and sat back in their chairs, unaware of the storm of laughter that was to ensue.

The student-written sketches were saturated with classic dirty jokes reminiscent of middle school silliness. Watching the “Pervert” and “Stupid” blurt explicit punchlines about various types of sexual intercourse while “Grandparents” were grinding to Jason Derulo, the audience could not help but let out a few giggles. Though subdued at first, soon the place was bursting with laughter at the shenanigans onstage. Despite the throwback to preteen humor, Off-Off managed to relate to an older audience.

In addition, many audience members could identify with their sketch about intellectualizing pop culture. In it, a group of men were frantically arguing about the symbolic nature of the lyrics “mix your milk with my Cocoa Puffs,” resulting in a series of profound statements about genitalia and semen coupled with a deep philosophical analysis of the music’s structure and theme. It is a topic familiar to many students of the millennial generation, whose world is both the overly sexualized rap ballads and the meditations of Descartes; the joke was so ridiculous because of the fact that many viewers had probably had a similar discussion in the dining hall or during a late night.

Charming, witty performances were coupled with bouts of the absurd. In one skit, robots went into random spasms of intense dancing and the elderly suddenly forgot their frailty when met with the rhythmic beat of Jason Derulo’s “Talk Dirty.” The performances were made all the more entertaining by the contrasts between the different sketches: witty content, riddled with clever puns, was interspersed with slapstick humor.

Despite the successful sketches, there were moments when jokes fell flat and left the audience in awkwardly silent lulls. Maybe it was the more choreographed nature of this week’s performance that made it hard to brush off the under-rehearsed impression given by certain sketches. In one such sketch impersonating a One Direction interview, the actors forgot some lyrics or dance steps and it was harder for them to redeem themselves with improvised jokes.

In spite of the minor mishaps, Off-Off’s music-inspired seventh week show was particularly notable because of the expanse of talent on display. Slow and soulful guitar ballads were propped next to pornographic impressions of Dora the Explorer. The audience would be in awe at an a cappella performance and moments later guffawing at dentists that scare children into receiving Halloween dental kits.

Off-Off Campus embodies the fun, self-deprecating, and original humor that finds a home at UChicago, where people can embrace in song at the library or laugh at the terrible, dark-hearted tales that a mother “thoughtfully” tells her child. This sketch comedy troupe is truly a campus jewel deserving of one’s Friday night.