Doing Supergroups Right: Boygenius Is Greater Than the Sum of Its Parts 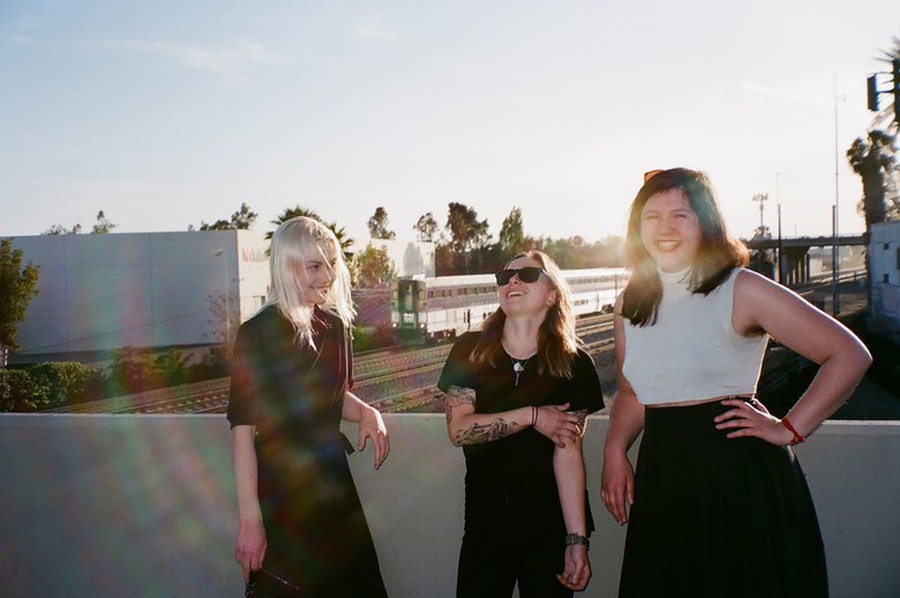 An unspoken rule of the music world is that the sum of the parts is not necessarily equal to the whole. For this reason, the “supergroup” is an imperfect concept. It  seems  like individually awesome musicians teaming up together would make an awesome group no matter the circumstances, right? But often in these circumstances, people clash, ideas blend in ways that they really shouldn’t, and, voilà, the album is nothing better than OK. But Boygenius, a new supergroup formed by indie rock superstars Julien Baker, Lucy Dacus, and Phoebe Bridgers, has avoided the problems that plague most supergroups, crafting a marvelously new self-titled EP.

Bridgers, Baker, and Dacus all rose to indie stardom at around the same time, releasing their breakout albums within six months of each other: September 2017, October 2017, and March of this year, respectively. To add, Dacus and Bridgers have both opened for Baker in the past, the latter for a legendary sold-out show at the New York Bowery Ballroom in 2016 where the two joined forces to cover Elliott Smith’s “Ballad of Big Nothing.” After meeting on tour, Baker and Dacus started discussing Henry James and other literary fascinations on a long-lasting email chain which Bridgers soon joined. After discovering many mutual interests, the three organized a tour together. Boygenius only became an idea when they realized that the chemistry they shared had too much potential to pass up: They could make these songs  really, really good .

Boygenius  doesn’t sound like an album any of the three artists involved would have made individually, but rather a collection of all the best characteristics of each artist. Baker’s haunting vocals and ghostly guitar twangs are present throughout. Bridgers’s knack for catchy yet intimate folk permeates each minute, and the climaxes of “Me & My Dog,” “Bite the Hand,” and “Salt in the Wound” are suspiciously reminiscent of “Night Shift,” the anthemic lead single and cornerstone of Dacus’s  Historian . The musical styles of all three musicians complement each other beautifully, each bringing their own unique methods (and voices) to the table.

“Bite the Hand,” the album’s opener, showcases the group’s harmony beautifully. On this song, Dacus takes the lead while Baker and Bridgers sing stunning backup vocals above her alto. The song’s instrumentation is sparse at first, with just two quiet guitars marching the song forward, but it quickly expands after the first refrain, a hauntingly angelic joint affair from all three singers. The ending is the highlight of the song. Dacus, Baker, and Bridgers sing the refrain in a row, the melody slowly creeping upwards with each new utterance of “I can’t love you like you want me to.” For as good a song as this is, though, you could never even hope to prepare yourself for what comes next.

The best song on  Boygenius  has to be “Me & My Dog,” the track that immediately proceeds “Bite the Hand.” It’s a deeply moving song, with Bridgers on lead vocals singing about the horrible, life-changing realizations she’s had after the end of a recent relationship. During the song’s climax, she sings, “I wish I was on a spaceship / just me and my dog and an impossible view.” The instrumentals here mirror the lyrics: the beginning is mournful and even somewhat emaciated, a single guitar strumming back and forth between two chords, but the climax is enormous, distancing itself from the bare nature of the beginning of the song. Despite the pain present in the lyrics, the song is performed with triumphant and anthemic feeling, as if the members of Boygenius are reveling in their own pain and belting it out for all to hear. The result is terrific.

The problem with most supergroups is that the musicians aren’t really  supposed  to be working together—often leading to a final sound that consists of a weird and unnatural amalgamation of each artist’s talents. Boygenius, though, shows us that a supergroup composed of artists with completely different styles can sound just as good as any of the solo artists that compose it. In fact,  Boygenius  shows that such a group can sound even better.