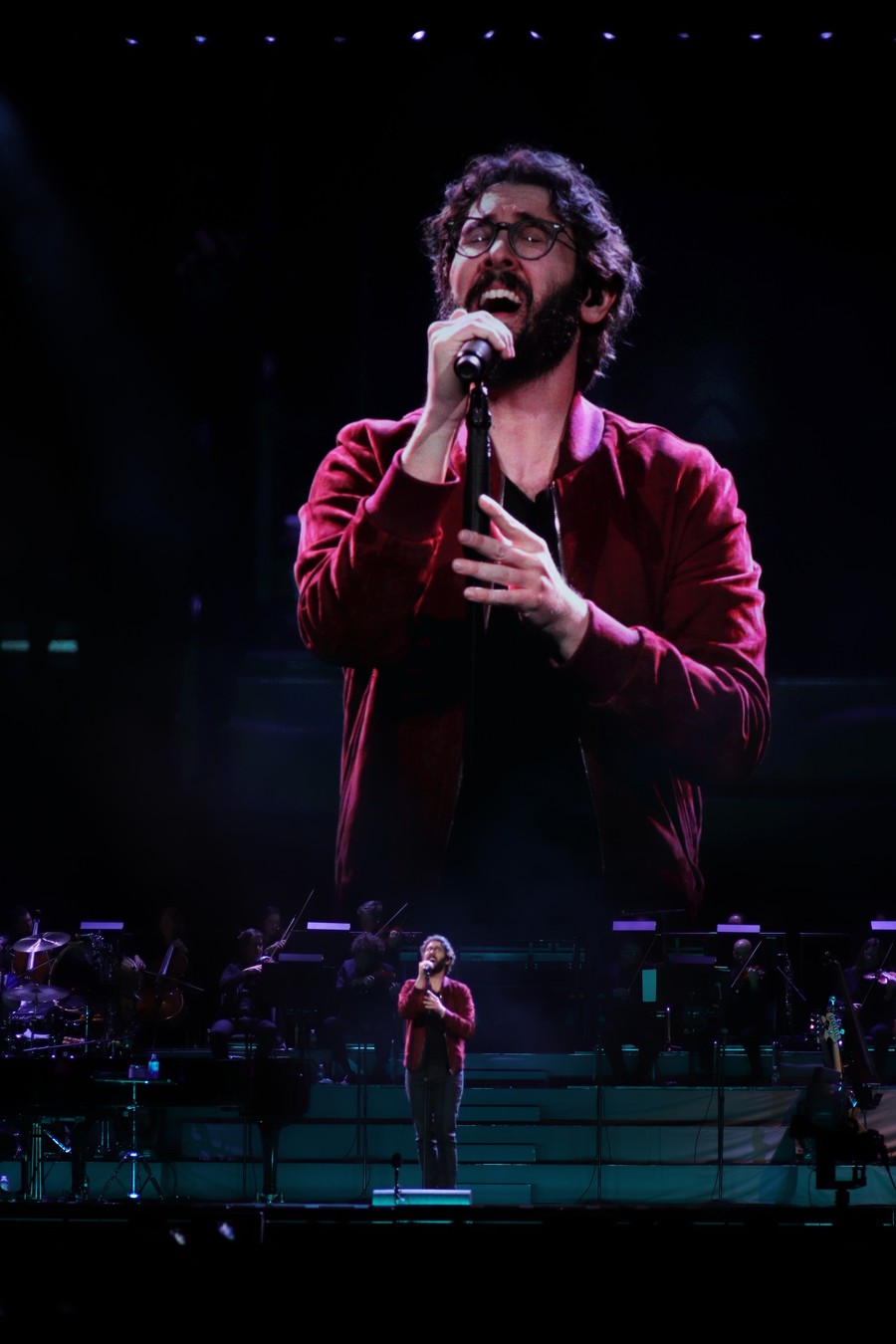 Josh Groban and Idina Menzel kicked off their 2018 tour on October 18 and came to Chicago’s United Center on election night to perform selections from Groban’s album, Bridges, as well as other hits from both artists. From the album, Groban sang “Won’t Look Back,” “Granted,” “She’s Always a Woman,” “River,” “Awake,” and ended the night with his cover of the classic song by Simon & Garfunkel, “A Bridge Over Troubled Water.” Menzel stuck mostly to her roots in musical theater with songs from Wicked, Rent, Frozen, and a few songs from her solo career.

They certainly knew how to put on a show. With a full string section, eight-person choir, two drummers, pianist, keyboard player, guitarist, and even a harp, it was a sonic wonder. Groban and Menzel’s voices were spectacular, but for different reasons. Groban has a classical-sounding vocal technique that couples well with his often-sentimental songs while Menzel sounds like a rock star. Both have a history with musical theater that added to their technique, style, and stage presence. When Groban performed his hit song, “You Raise Me Up,” the eight-person choir turned into a 20-person choir, and even I couldn’t help but sing along. The musical arrangements and performances were spectacular, and the band complemented the singers perfectly.
The full capacity of United Center is 23,500 and the venue was packed. Stadium shows provide a less intimate setting, which was fine for the show tunes but felt at odds with some of the more personal songs from Groban’s set. The projection onto the back of the stage brought Groban closer at those times, but could also be distracting when it morphed to a light show or clips to accompany the songs. 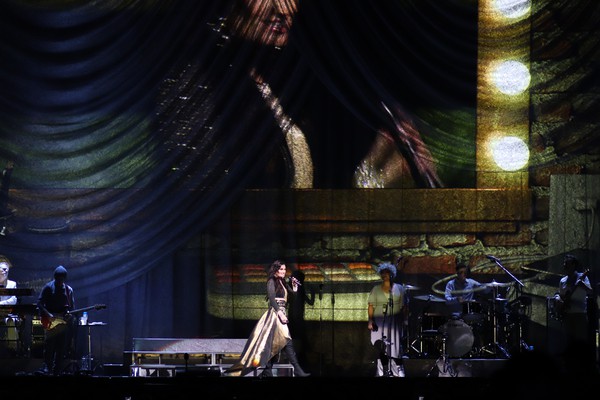 In the middle of Groban’s set, he ran off the stage and appeared in the back on an elevated second stage with a piano, where he was brought into the middle of the crowd and was later joined by Menzel for a couple of songs. The pairing of their voices and harmonies was sublime. Although it wasn’t the nature or purpose of the tour, it would’ve been nice to hear them sing together more.

Unfortunately, the music from Groban’s solo career was mostly unoriginal and repetitive due to its adherence to singer-songwriter clichés. With such a spectacular voice, it’s a shame that the highlights of the show were either songs from musicals or covers, given that he was touring to promote his new album. All I could think of as I listened to the album at home, and then at the concert, was how each song sounded more or less the same unless it was a cover or departed stylistically from the rest, such as when he borrows elements of flamenco music in “Música del Corazon.” My jaw dropped when he sang “Pure Imagination” and “Bring Him Home,” but then there were some songs that, with their poppy-uplifting sound, were boring at best and awkward at worst. The worst culprit was “She’s Always a Woman.” It just seems like Groban’s best work is never his own.

Then there’s the fact that the show took place on midterm election night, which was, undeniably the elephant in the room. The way that Groban handled it was as awkward as the fact itself. He opened his set asking everyone if they had voted and inserted “apolitical” political statements throughout the show. Why say something vague like “children shouldn’t be traumatized” when surely, he was referring to the detention and separation of immigrant families under the current political administration? Why say anything at all if he’s not going to take a stand? Maybe he didn’t want to be “controversial,” but his calls for “civility” on “both sides” had its fair share of scoffs from the crowd. His attempt to act neutral and removed while still providing social and political commentary was spineless and made everyone uncomfortable.

Despite some boring music and awkward talk, the concert was an enjoyable and moving experience. The talent was there. For Menzel, the content was also there, although Groban was still lacking in that area. I look forward to the development of Groban’s own music, hoping he grows out of his current style and puts his talent to good use.