The recolonization of Phi Delt will foretell the future of fraternities at UChicago as the newest experiment in Greek Life. 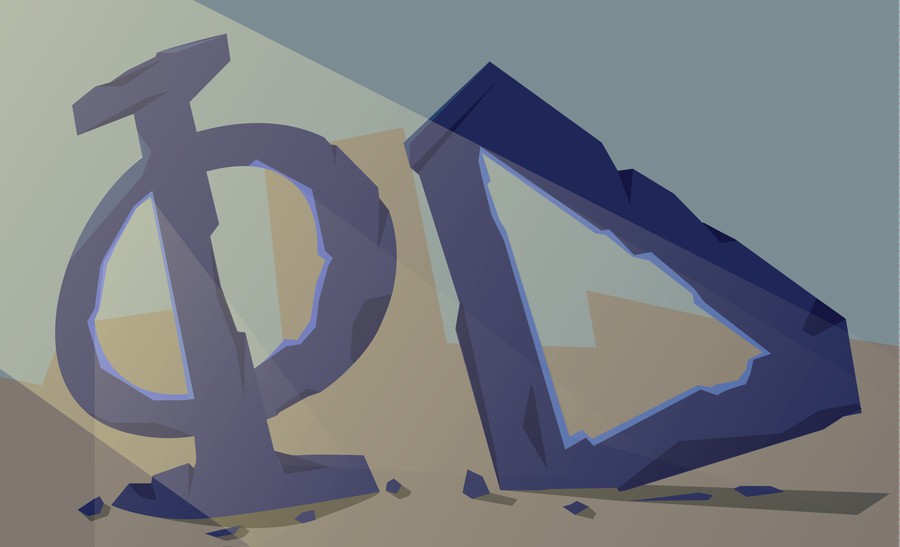 Over the past two weeks, I’ve been talking to people about Greek culture, the source of significant controversy on UChicago’s campus. It’s a topic many feel strongly about—this paper has recently published both calls to abolish Greek life and heartfelt defenses of frats and sororities. I was surprised, however, at the number of people I talked to who don’t know what to think about UChicago’s Greek life; I heard this sentiment quite often during the interviews I conducted for this piece. To be clear, these interviews were incredibly casual—I talked with friends, dates, and acquaintances, both first-years and upperclassmen, over coffee and on treadmills at the gym. I heard the phrase over and over that “there are two sides to the story.” Students kept telling me, “I know there’s another perspective” and “I’m not sure which side is right.”

Take the recent announcement that Phi Delta Theta (Phi Delt) is recolonizing, for example. Many people, even those that generally fall on one side of the fraternity debate, seem unclear what to make of the move—myself included. Should we be concerned that a frat with a history of hazing scandals, including making brothers drink dangerous amounts of alcohol and holding them in a basement, is making a comeback, or glad that the new brothers have expressed a commitment to ensuring that “nothing from this frat...is similar [to the old Phi Delt] in any way”?

Indeed, parsing one’s own opinion about Greek life can be hard, especially with the plethora of conflicting stories out there. It’s easy to argue that Greek life has been net beneficial, creating a much-needed space for students to escape UChicago’s notoriously stressful academic culture, and that compared to other institutions, our fraternities are really quite tame. At the same time, however, Greek life’s dismissal of the safety of women and minorities on campus in favor of occasionally fun yet often dangerous parties paints a disturbing picture.

Let’s accept for a minute that it might not be all of Greek life creating the problem— after all, sexual assault claims and racist e-mail receipts don’t pile up on the doorstep of campus sororities, and not every fraternity has had accusations leveled against it. It is a select few fraternities that have, again and again, demonstrated a disregard for the bare minimum social expectations of our generation: namely, not being racist and not being a rapist.

We should not vilify all Greek life because of the bad behavior of particular fraternities or create a single story of all frats as economically exclusive and casually misogynistic incubators of rape culture. That being said, there can be no space in modern Greek life for these bad frats. Racist parties, patterns of sexual assault, and even casually objectifying policies like “hot girls get in free” should not play a role in UChicago’s frats. It is these patterns that led nearly 65 percent of non-Greek students polled in 2016 to report that they do not feel safe in Greek-run spaces.

But what’s the alternative?

Right now, a few Greek groups on campus are experimenting with the idea of revisioned Greek life—creating frats and social clubs that preserve the good parts of Greek life and condemn the bad. The recolonization of Phi Delt is probably the most notable of these experiments. National representatives and founding fathers said that Phi Delt is returning with a recommitment to social responsibility and claim they are working to bring Greek brotherhoods into the modern era, from emphasizing “community service, philanthropy…[and] leadership” to specifically calling out notoriously bad frats like Delta Upsilon and discussing the formation of a frat oversight board composed of student organizations in the absence of University oversight.

Anyone who has a stake in our campus culture should be keeping an eye on these groups. We can consider Phi Delt’s recolonization as a case study to investigate the future role frats might play on our campus. If these ongoing experiments result in more bad behavior—sexual assaults, derogatory policies towards women, and the like—this should send a message to the school population about the viability of so-called socially responsible frats. It may, in fact, indicate a need to permanently shut down Greek life on campus.

So far, at least one of these Greek life experiments has run into difficulties. In the application process for the new Phi Delt’s inaugural class, one standard misconduct-related question was used to select new brothers: “Have you ever had a Title IX case against you?” This may not establish a suitably high standard for gender relations in the recolonized Phi Delt group, but it does represent an important first step to fostering an awareness of sexual assault within the revived frat. The real problem? Since the University does not recognize Greek life, the fraternity cannot request school data on Title IX complaints, so this information is coming purely from brothers’ self-reports or word-of-mouth from the community. Already, at least two members of the incoming Phi Delt class have had their pledge offers rescinded on the basis of rumored sexual assault or harassment, though both maintain their innocence. The fact that Phi Delt is already removing members based on bad behavior should actually be seen as a good thing, although it is disturbing that sexual misconduct is so present as to already have come up among the applicant pool. The removal of the two accused brothers demonstrates an early willingness on the part of Phi Delt to follow through with their avowed commitment to be a better frat. Will this correspond to a long-term ability to balance parties, alcohol, and brotherhood while maintaining the social awareness, responsibility, and conscience necessary for student organizations of the 21st century? I really hope so. The founding members seem to be setting out with good intentions and a well-meaning charter. Unfortunately, however, the difficulty in recruiting due to the lack of administrative cooperation in providing Title IX data foretells a grim future.

Dean John W. Boyer said in 2016, “I’m not an enemy of the Greeks. I’m not any enemy of any student organizations. My view has always been that of Hutchins: as long as people don’t violate the criminal laws of the state of Illinois, I don’t care what they do. It’s a free country and a free university.” But sexual harassment and assault are illegal in the Prairie State, and the drinking age is 21. Illegal activities are perpetuated by campus frats, and the University certainly knows this. So what are we to make of Boyer’s stance? Our school administration is so desperate to balance its pro-frat and anti-frat donors that it will neither acknowledge nor police Greek life, and that seems unlikely to change. As Boyer puts it, “A lot of alumni leaders that I know were part of Greek life, and they feel very strongly and protective of that. That’s undeniable.” He does deny that money from these donors constitutes a “special interest,” but it’s hard to ignore the fingerprints of Greek brothers past smudged across campus—Metcalf, DelGiorno, and Trott, to name a few—especially when the school has not released comparative data on the donation rates of Greek versus non-Greek alumni.

In the absence of administrative responsibility, the burden is falling to frats themselves to foster safe, inclusive environments on campus. Hopefully, Phi Delt can keep its promises and restore our faith in fraternities—the discussed formation of an oversight board would certainly be a good first step. One thing is for sure: If the Phi Delt experiment fails, it will reflect just as badly on this school’s failure to police Greek life or provide assistance to fraternities that are actively working toward greater social responsibility as it will on the brothers themselves. Ultimately, the administration’s Greek life balancing act might spell doom for fraternities—which is why it may be time for both sides of the frat debate to band together in favor of administrative recognition of campus Greek life.